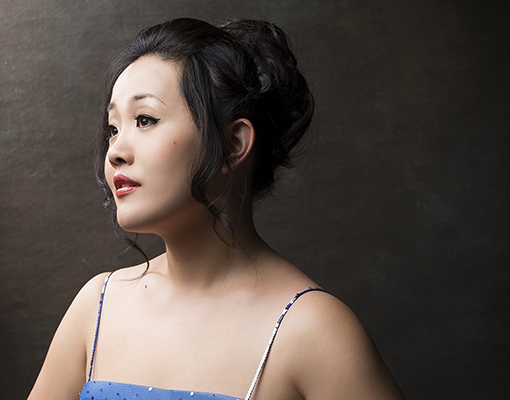 After graduating and obtaining a doctorate with highest honors at the Tokyo National University of Fine Arts and Music, Yasko Sato completed her training in Italy with Raina Kabaivanska. She placed in several international competition including the XLI “Toti Dal Monte” Competition for the role of Cio-Cio-San (Madama Butterfly), the IX Concurso Internacional de Cant “Jaume Aragall” (1st prize and special prize Amics de l’opera de Sabadell), the Music Competition of Japan in Tokyo (1st prize and Audience Award).

She made her debut in 2005 in Japan with the role of Leonora in Oberto Conte di San Bonifacio by Verdi while on tour for the Teatro Lirico Sperimentale di Spoleto which subsequently invited her to sing Mimi in La Bohème, Leonora in Il Trovatore and in concert with Leo Nucci in the 40th anniversary of his debut.

She later appeared as Donna Elvira in Don Giovanni at the Tokyo National Theatre, as Fiordiligi in Così fan tutte, and as Mimì in La Bohème; she also performed the latter role at the Teatro Vittorio Emanuele of Messina.

She thereafter explored the scope of the role of Cio-Cio San in Madama Butterfly, publishing a work in Japan entitled “Madama Butterfly: evolution of a woman”, which investigates the ultimate intentions of the composer through the analysis of the evolution of the character among the various revisions of the work.

She debuted in the title role of Madama Butterfly in Sabadell, where she obtained great success and vast appreciation of the critics, with rave reviews in major Spanish newspapers. She later had the opportunity to sing the role of Cio-Cio San at the Teatro del Maggio Musicale Fiorentino, Teatro Petruzzelli in Bari, Tokyo National Theatre, Theatre Megaron in Athens, Slovene National Theatre in Ljubljana, Teatro Pergolesi in Jesi, Teatro Verdi in Brindisi, Teatro Sociale in Rovigo, and Teatro Mario Del Monaco in Treviso.
Recently she had a great success in Madama Butterfly at Teatro Regio di Parma, Teatro dell’Opera di Firenze and at Trapani Festival, Seattle Opera in U.S, and she debuted Tosca at the Bunka Kaikan in Tokyo.

Future plans include the title role in Aida at Trapani Festival, Madama Butterfly at Tokyo National Theater and at Liege Opera House in 2019.