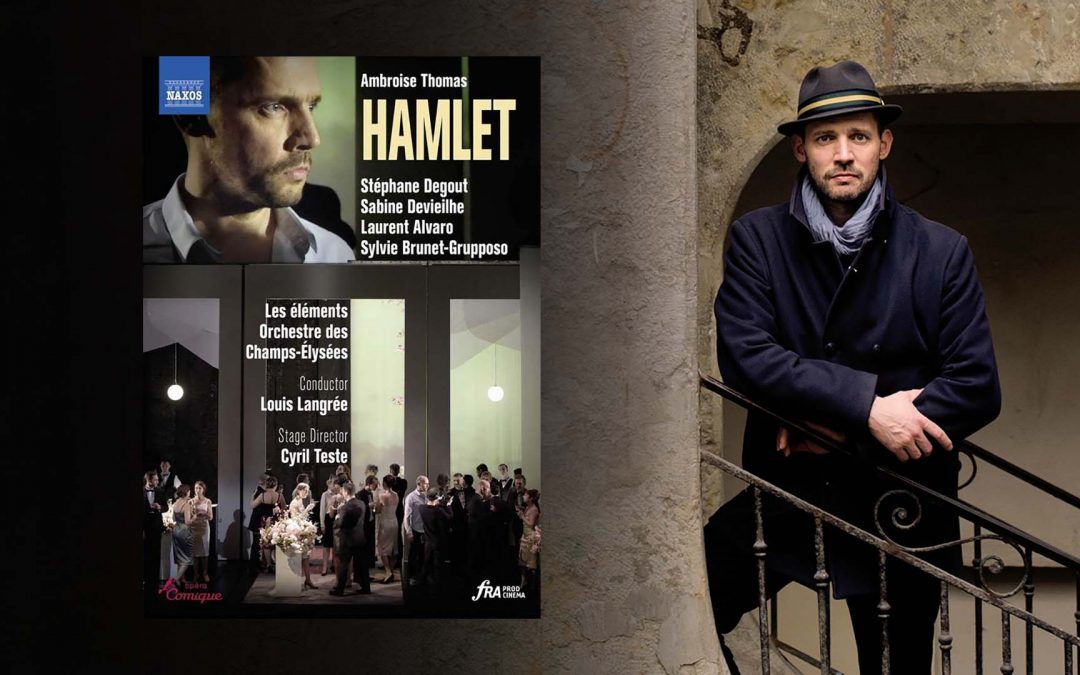 Maestro Langrée writes, “This production of Hamlet at the Opéra Comique was one of my happiest experiences as a lyric conductor! By entrusting Cyril Teste with his very first opera staging, Olivier Mantei succeeded in his bet and offered his audience an exceptional show. …I enjoyed carving out each sentence of the score with the singers, especially the overwhelming Stéphane Degout and Sabine Devieilhe. The osmosis between the stage and the pit, the harmony between the vocal colors and those of the period instruments played by the formidable musicians of the Orchester des Champs-Elysées, everything contributed to create a total spectacle.

Degout has received outstanding acclaim for his performance of the tragic Danish prince. Gramophone writes in their Editor’s Choice review that he, “gives one of his greatest performances here, marvellously sung and acted…it’s an extraordinary achievement….Buy it and watch it, above all for Degout, who is unmissable and unforgettable.”