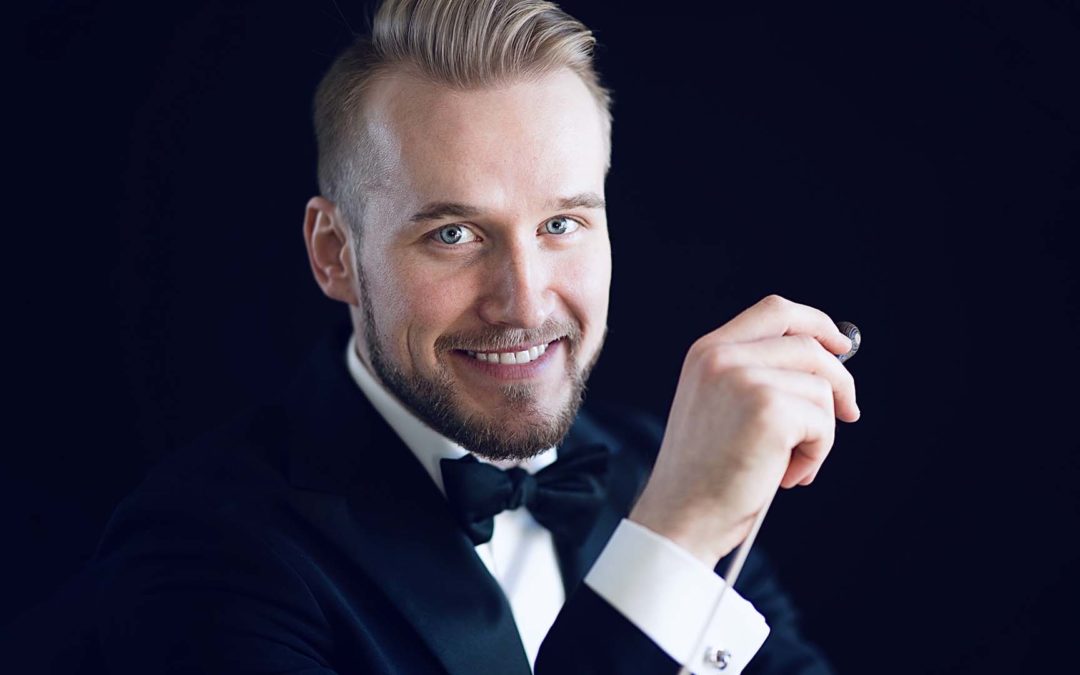 IMG Artists is delighted to welcome conductor Sasha Yankevych to its roster for General Management. Winner of the Second Prize and Orchestra Prize at the 2021 Arturo Toscanini Competion in Parma, he will be represented by Federico M. Benigni from the company’s London office and Rome.

Sasha said, “I’m very delighted to join IMG Artists, an agency with an amazing history, tradition and team. I’m very proud to be represented by Federico Benigni, who is young, full of energy and enthusiasm, a great strategical thinker and experienced manager. After the recent award received at the Toscanini Competition in Parma, where I had the privilege to learn and be in touch with industry experts, I felt the need and the desire to enrich my professional career and couldn’t be more happy than where I am now. Looking very much forward to our collaboration and artistic future!”

Federico said, “It’s thrilling to have Sasha on board with us at IMG Artists. The first time I met Sasha, some years ago, I was told of his great talent as a conductor and was suggested to keep an eye on him… well, I did and I’m happy to see how his career is taking shape, especially after winning the 2nd Prize and Orchestra Prize at the 2021 Toscanini Competition in Parma. His conducting talent is without doubt enormous and I’m keen to see how he will develop over the next few years!”

Born in Ukraine in 1991, Sasha Yankevych began playing piano at the age of ten and graduated with honors at the Music Academy of Bydgoszcz in Poland. He continued his studies at the Opera Studio of the Warsaw State Opera and Opera Studio of the Zürich Opera House, before working as korrepetitor and assistant conductor at the Royal Swedish Opera in Stockholm. Sasha is currently completing a Master Diploma of Conducting at the Royal Swedish Academy of Music and is being mentored by Alan Gilbert in Stockholm. In addition to his success at the 2021 Toscanini competition, he is the laureate at several international competitions including the S. Richter International Piano Competition and HSBC Académie d’Aix-en-Provence in 2018.