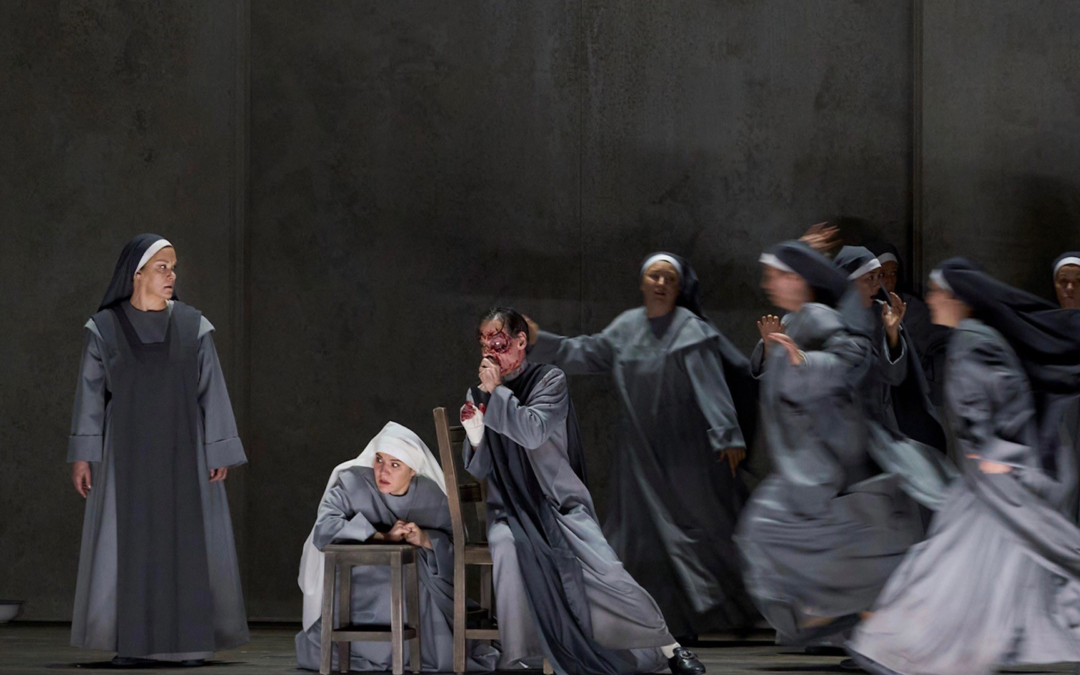 Alice Coote makes a much-lauded debut as Mere Marie de l’Incarnation in Poulenc’s Dialogues des Carmelites at the Opernhaus Zürich. The opera tells a fictionalised version of the story of the Martyrs of Compiègne – Carmelite nuns who were guillotined in Paris for refusing to renounce their vocation during the closing days of the Reign of Terror in 1794.

Laura Servidei from Bachtrack writes, “The part of Mère Marie seemed perfectly suited to Alice Coote’s mezzo. She managed to express all the facets of the sub-prioress: sweet and loving towards her sisters, but also fanatical in her faith, and deceitful in using emotional blackmail to manipulate them into taking a sacred vow for martyrdom.”

John Rhodes from Seen and Heard International writes, “Two singers stood out for me: British mezzo Alice Coote as Mother Mary and Latvian soprano Inga Kalna as Madame Lidoine. The power and range of their voices fitted the bill to perfection.”

Alice Coote’s season concludes with the role of Baba the Turk in Stravinsky’s The Rake’s Progress at The Metropolitan Opera this summer, alongside concerts with the National Symphony Orchestra in Washington, Oslo Philharmonic Orchestra, and the Mariss Jansons Festival Orchestra. More information and tickets can be found here.

Dialogues des Carmélites runs at the Opernhaus Zürich until 5 March. More information and tickets can be found here.