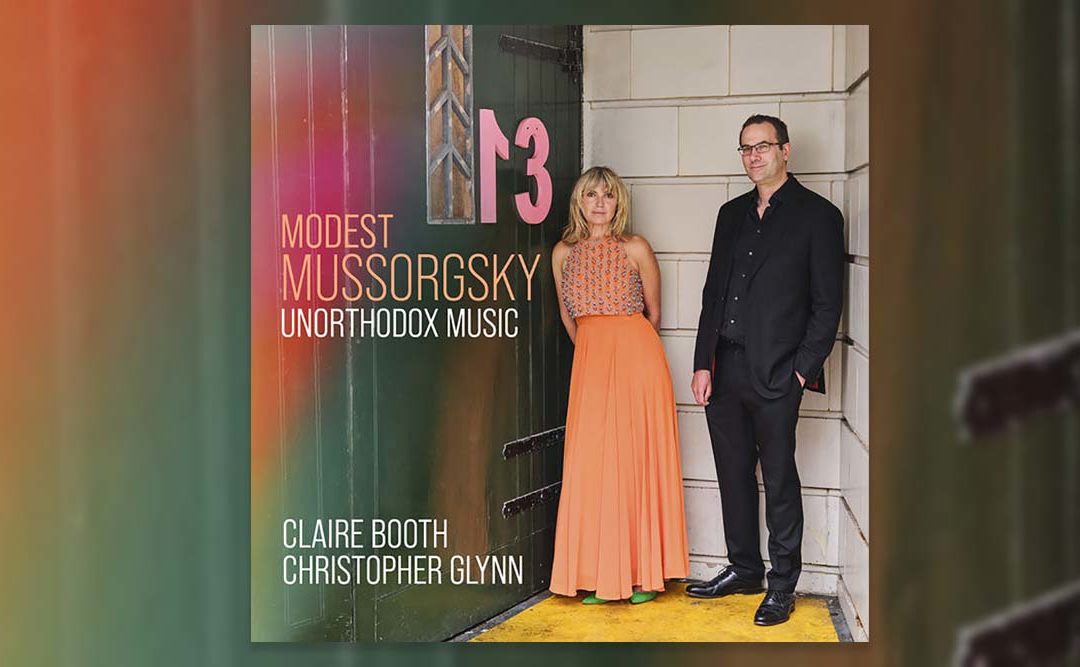 Claire and Chris approach Modest Mussorgsky: Unorthodox Music in the spirit of a storyteller, tracing an arc of life from innocence to experience that is arranged across a prologue and four “scenes” – Nursery, Youthful Years, Marriage and Loneliness – taking their cue from the colourful tableaux of the composer’s operas. Individual numbers from the great song cycles – Youthful Years, Nursery, Sunless, and Songs and Dances of Death – are juxtaposed with works from Mussorgsky’s more unorthodox output, all delivered by Claire and Chris with disarming affect.

Lynn René Bayley in The Art Music Lounge sums up the disc: “All of the songs are interesting, and Booth’s superb interpretive skills make them more interesting still. Just listen to the way she tears into ‘Oh, you drunken sot’ and you’ll quickly appreciate her abilities. This is a soprano who has it all. Clearly one of the outstanding vocal albums of the year. You simply won’t believe your ears.”

She has gained notable critical acclaim as “the stunning voice of operatic isolation” for a series of “viscerally powerful” (The Times) performances of La Voix Humaine; following a streamed performance for Grange Park Opera and a video performance specially recorded under lockdown conditions for Welsh National Opera, which earned her Best Actress at the Welsh Theatre Awards, she brought Poulenc’s solo tour-de-force in a triumphant return to London’s Wigmore Hall, with Opera Today praising her “thorough assimilation of both text and music and the intelligence of her delivery. Her intonation is flawless, and her diction perfectly clear […] it is the very unvarnished quality, an honesty of expression, that is perhaps her greatest asset. Such is her portrayal that one watched mesmerised by something excruciatingly real…”

Claire’s appearances in 2021 and beyond include performances of Stravinsky’s Pulcinella with the Scottish Chamber Orchestra, Vivier’s Lonely Child with Ilan Volkov and the London Sinfonietta, George Benjamin’s A Mind of Winter and Thea Musgrave’s Songs for a Winter’s Evening with the BBC Philharmonic and Ludovic Morlot, a recording of Vivaldi cantatas with La Serenissima, and the world premieres of song cycles by Mark Anthony Turnage and Colin Matthews at the Wigmore Hall and Aldeburgh Festival. Claire and Christopher bring the Mussorgsky programme to the Wigmore Hall on 11 January 2022.

“Few singers alive can spin a yarn like Booth can, especially with her regular pianist Christopher Glynn. (Her) voice is a character that transfixes all by itself, presenting a bright, beguilingly androgynous, ageless image of the protagonist”.
(Gramophone, February 2021 – Edvard Grieg: Lyric Music AV2403)