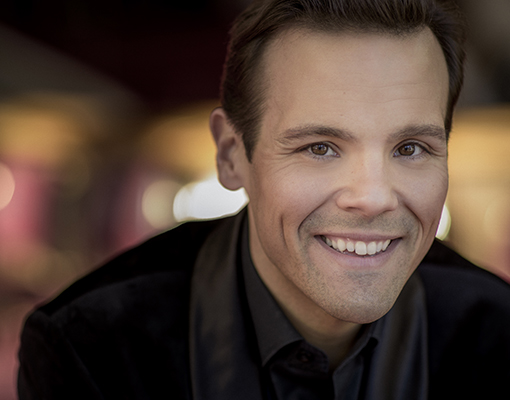 Praised by Opera News for “high notes with ease, singing with a luxuriant warm glow that seduced the ear as he bounded about the stage with abandon,” American tenor David Portillo has established himself as a leading classical singer of his generation. Projects for 2022-2023 include Tamino in The Magic Flute at the Metropolitan Opera, Ferrando in Così fan tutte with The Dallas Opera, Nadir in The Pearl Fishers with Austin Opera, Tonio in La fille du regiment with Minnesota Opera, Henry in Die schweigsame Frau with Bard Festival and Don Ottavio in Don Giovanni in Osaka, Japan. He will also join the St. Paul Chamber Orchestra for Britten’s Serenade for Tenor, Horn and Strings and select Mozart arias, Jane Glover and Music of the Baroque as the title role in Handel’s Jephtha, and present a recital as part of the Source Song Festival in Minneapolis. In the 2021-2022 season, David performed Lurcanio in Ariodante with the Palau des les Arts Reina Sofia in Valencia, Spain, Lysander in A Midsummer Night’s Dream with Opéra de Lille and Tamino in Die Zauberflöte with Pittsburgh Opera. An accomplished recitalist, David Portillo collaborated with pianist Craig Terry for appearances with Vocal Arts DC, Harris Theater and the Cleveland Art Song Festival.

In the 2020-2021 season, David Portillo performed the title role in a filmed version of Albert Herring with Minnesota Opera, originated the role of Jonathan Harker in the world premiere of John Corigliano and Marc Adamo’s Lord of Cries with Santa Fe Opera, gave a virtual recital with Valhalla Media Live and pianist Yasuko Oura, and was the tenor soloist in Bach’s B Minor Mass with Orchestre Métropolitain in Montreal, conducted by Yannick Nézet–Séguin. In the 2019-2020 season, Mr. Portillo returned to the Metropolitan Opera to debut the role of Steuermann in a new production of Der fliegende Holländer, conducted by Valery Gergiev as well as Tamino in the English version of The Magic Flute, a role he repeated with the Washington National Opera.

With orchestra, David Portillo has appeared as the tenor soloist in Mozart’s Requiem, Beethoven’s Mass in C Major, and Haydn’s Lord Nelson Mass with Gustavo Dudamel and the Los Angeles Philharmonic at the Hollywood Bowl, the Los Angeles Master Chorale for Mozart’s Requiem with Grant Gershon, a solo orchestral program of Italian repertoire with the San Antonio Symphony and Sebastian Lang-Lessing, the Minnesota Orchestra for performances of Bach’s Christmas Oratorio, the New York Choral Society for Tippett’s A Child of our Time at Carnegie Hall, Verdi’s Requiem and Beethoven’s Symphony No. 9 with the Phoenix Symphony and Colorado Music Festival, and Haydn’s Creation with the Colorado Music Festival. In Handel’s Messiah, he has performed with the St. Paul Chamber Orchestra, Kansas City Symphony, US Naval Academy and Richmond Symphony. He has also performed as the tenor soloist in Schumann’s Das Paradies und die Peri with the Netherlands Radio Orchestra.

An alumnus of the Ryan Opera Center at Lyric Opera of Chicago, Merola Opera Program at San Francisco Opera, and Wolf Trap Opera in Vienna, Virginia, Mr. Portillo grew up in San Antonio, Texas, and currently splits his time between Minneapolis and northern New Jersey.

“Another revelation was David Portillo as Don Narcisco; certainly one of the future great Rossini tenors of his generation.”

“Tenor David Portillo, who has a beautiful lyric sound, had no difficulty reaching the nine high Cs in the famous aria..”

“As Renaud, David Portillo displayed such a sweet, free-and-easy light tenor sound that one wished Gluck had given him more to sing.”

“His serenade to Norina was gorgeous, and his voice glowed warmly in the love-duet.”

“Tenor David Portillo handled the role with appropriate swagger tinged with confusion. Narciso’s also given some of Rossini’s most beautifuland challenging bel canto solos in this opera. Portillo handled it effortlessly, his performance highlighted by impeccable diction and almost dreamy legato.”

“The earnest and steadfast young Price Ramiro was performed tonight by David Portillo, similarly making his WNO debut. Portillo, credited widespreadinternational acclaim especially for his portrayal of Rossini’s leading men, transfuses the adoration that is prevalent in his persona’s demeanor through his pure tenor tone.”

“Performance-wise the evening belonged to Erraught, Bordogna and David Portillo as our prince, Don Ramiro. David Portillo and Simone Alberghini were delighful as Don Ramiro and his valet Dandini. In a break with the traditional Cinderella fairy tale, the prince and the valet switch identities so as to better observe potential brides. When the rouse is revealed, Portillo is at his best displaying full charm as he searches for the woman who captured his heart with passionate “Si, ritrovarla io guiro.”

“David Portillo was the dulcet-voiced Ernesto. Highly impressive two seasons ago in a Palm Beach Barber of Seville and recently with a recital of Spanish song in Miami, this fine lyric tenor goes from strength to strength. He brought aching sadness to a meltingly beautiful DzMa fa il destinodz and phrased DzComé gentildz with grace. Portillo’s top range was free and unrestricted and he blended wonderfully in duet withBrugger. Displaying unflagging strength and momentum throughout the three acts, Portillo is the model of a first-rate bel canto tenor.” 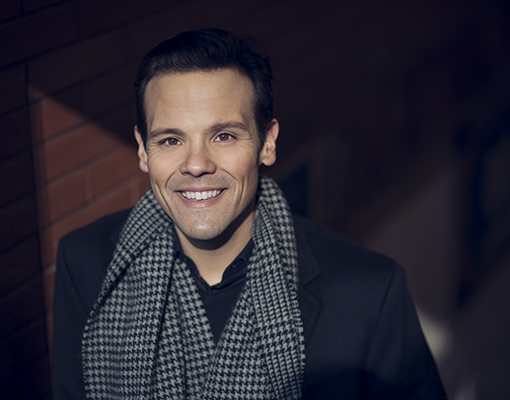 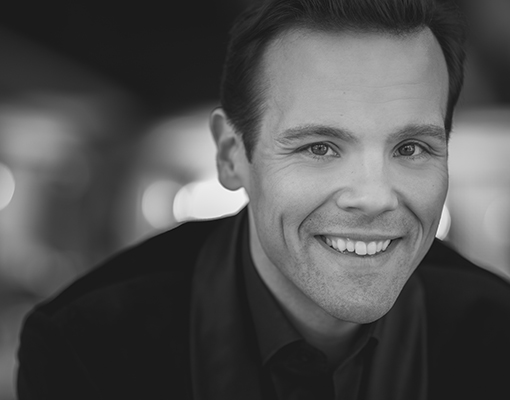 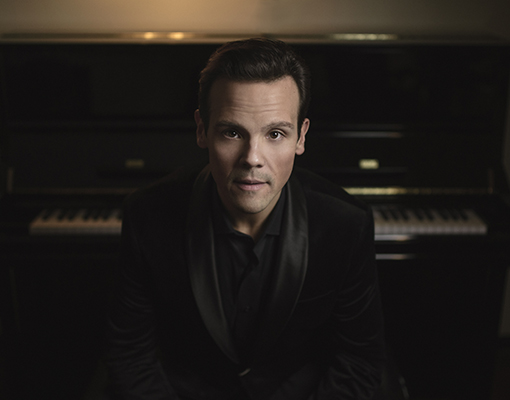 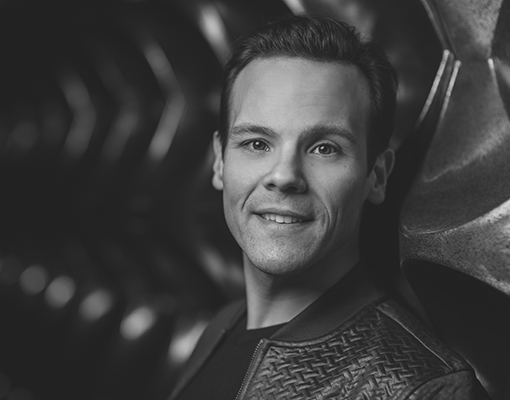 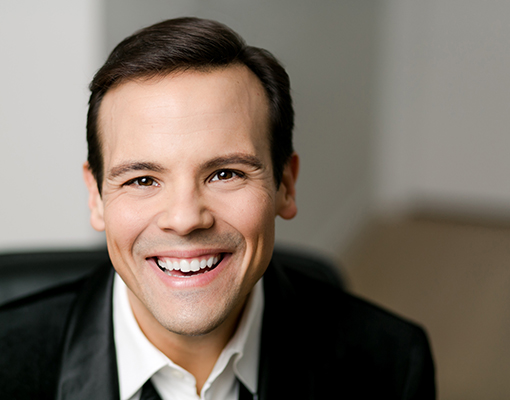 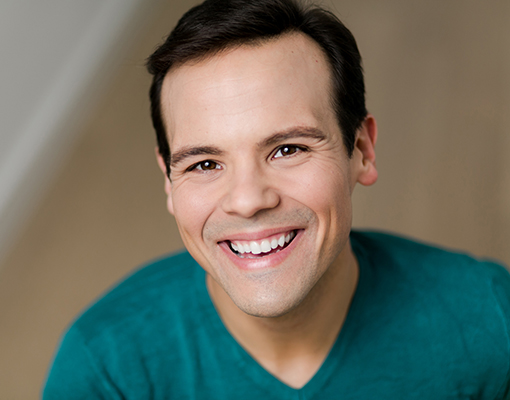