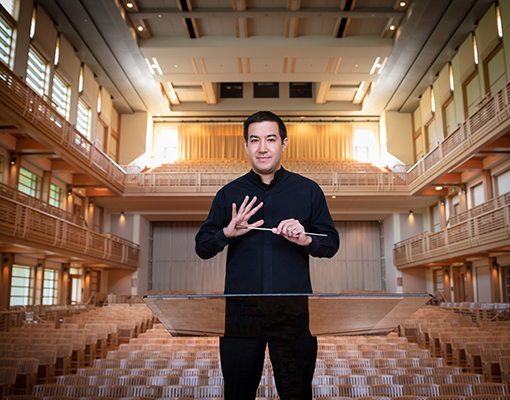 Francesco Lecce-Chong has been described by the press as a “fast rising talent in the music world” with “the real gift” and recognized for his dynamic performances, fresh programming, deep commitment to commissioning and performing new music as well as to community engagement. Mr. Lecce-Chong has appeared with orchestras worldwide including the San Francisco Symphony, New York Philharmonic, Seattle Symphony, National Symphony, Atlanta Symphony, Pittsburgh Symphony, Toronto Symphony, St. Louis Symphony, and Hong Kong Philharmonic and collaborated with top soloists such as Renée Fleming and Itzhak Perlman. Francesco Lecce-Chong is the Music Director of the Eugene Symphony in Oregon, and the Santa Rosa Symphony, performing at the Green Music Center in Northern California.

In 2019, Mr. Lecce-Chong debuted in subscription concerts with the San Francisco Symphony. The San Francisco Chronicle called his conducting “first rate” praising the “vitality and brilliance of the music-making he drew from members of the San Francisco Symphony.” Other recent subscription debuts include the Seattle Symphony, Colorado Symphony, Utah Symphony, North Carolina Symphony, Louisville Orchestra, Louisiana Philharmonic and Xi’An Symphony Orchestra. Mr. Lecce-Chong also returned to conduct the Civic Orchestra of Chicago, Milwaukee and San Diego Symphony. In 2019, he also debuted with the New York Philharmonic as part of the legendary Young People’s Concert Series.

Mr. Lecce-Chong’s 2022/23 seasons includes debut performances with the Kansas City Symphony, Detroit Symphony, Knoxville Symphony, a return to the Saint Paul Chamber Orchestra and a European appearance at the renowned Enescu Festival with the Romanian Radio Orchestra. He continues a Rachmaninoff symphonic cycle in Santa Rosa, presents the second act of Wagner’s Tristan and Isolde in Eugene, and leads the world premieres of new major orchestral works by Ellen Taafe Zwillich and, Angélica Negrón.

In the previous seasons that were heavily impacted by the pandemic, Mr. Lecce-Chong created and led a series of virtual performances with both the Santa Rosa and the Eugene Symphony. The full season of performances was streamed for free to thousands of enthusiastic viewers around the world. The Santa Rosa Symphony also reached over two million households in the Bay Area through its “Santa Rosa Symphony Presents” TV broadcasts through local PBS. The programming included over 20 works by living composers and a groundbreaking partnership with the Pulitzer Prize winner Ellen Taaffe Zwillich, culminating in a recording of her music by the Santa Rosa Symphony released in September 2022 on the Delos label.

During his tenure as Music Director of two orchestras, Mr. Lecce-Chong has introduced a number of ambitious projects. He launched the “First Symphony Project” that consists of the Santa Rosa and Eugene Symphonies co-commissioning a large-scale work from a young American composer each season, complete with residencies in the communities. The Eugene Symphony has embarked on a three-part concert presentation of Wagner’s complete Tristan und Isolde and the Santa Rosa Symphony launched a cycle of the large orchestral works of Rachmaninoff paired with legendary film composers entitled “Rachmaninoff and the Hollywood Sound”. Last season, Mr. Lecce-Chong led the world premieres of five major orchestral works including an ecology-inspired work by Grammy-winning composer Michael Daugherty, a work for mariachi and orchestra by Enrico Chapela, and a dramatic work with actors based on the life of Olympic athlete Steve Prefontaine by David Schiff. He continues to build partnerships with local art institutions, schools and businesses to create original, multi-disciplinary experiences for his audiences.

Mr. Lecce-Chong is the recipient of several distinctions, including the prestigious Solti Foundation Award. Trained also as a pianist and composer, he completed his studies at the Curtis Institute of Music with Otto-Werner Mueller after attending the Mannes College of Music and Accademia Musicale Chigiana in Italy. He has had the privilege of being mentored and supported by celebrated conductors including Bernard Haitink, David Zinman, Edo de Waart, Manfred Honeck, Donald Runnicles and Michael Tilson Thomas.

Deb Carver, President of Eugene Symphony Association’s Board of Directors, announced today that Francesco Lecce-Chong has added a year to his contract as Music Director & Conductor, extending his tenure through the 2023/24 season. His previous agreement, signed in...

Conductor Francesco Lecce-Chong will make his Seattle Symphony debut on Thursday, June 17. He will conduct Beethoven’s Symphony No. 6, “Pastoral”. The concert will be streamed live from 7:30 PM PT, and available on demand through June 24. Mr. Lecce-Chong is Music...

“The playing and conducting were stupendous […] In recent years, the [Santa Rosa] Symphony has set a high standard that it keeps exceeding […] Lecce-Chong’s minute and specific conducting gestures prompted a splendid orchestral balance.”

“Francesco Lecce-Chong, the young American conductor…made a first-rate debut with the San Francisco Symphony…There was no mistaking the vitality and brilliance of the music-making he drew from members of the San Francisco Symphony. He’s got a firm but flexible rhythmic control that allows him to shepherd an orchestra at top speed without losing a bit of precision, and he can shape big instrumental textures with a robustness and grace that is inspiring to behold. Perhaps best of all, Lecce-Chong seems to be a resourceful and imaginative programmer.”

“One candidate stands head, shoulders, and baton above the rest… Lecce-Chong’s concern for the Viennese style was particularly important with the last piece, Richard Strauss’s Suite from Der Rosenkavalier. Many American orchestras have difficulty with Viennese phrasing… In 15 years observing the orchestra, I’ve never heard the ESO perform with a true Viennese phrasing, melody somehow joyous and bittersweet, leaning here and there on melodic motives and chromatic lines. But on this night, Lecce-Chong brought Vienna to Eugene. Conducting from memory, he led his musicians with apparent ease, shaping lines, balancing timbres and cuing entrances with precision. There were lovely Viennese moments when he expanded a phrase’s rhythm, then pulled it back in. This was the conductor’s real interpretation of the work, not merely a reading from an orchestra he had just met.”

“Lecce-Chong left no doubt that the magic of his debut [with the Santa Rosa Symphony] was no fluke. Even without a romantic warhorse like Tchaikovsky’s Symphony No. 4, he proved his mettle by pouring new life into Mozart’s tragic Symphony No. 40 and artfully molding the pacing and phrasing of Mahler’s idyllic Symphony No. 4.” 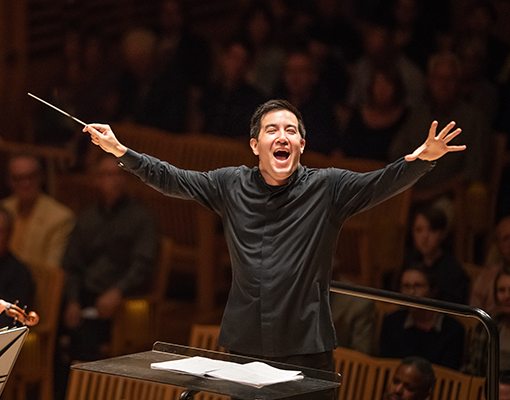 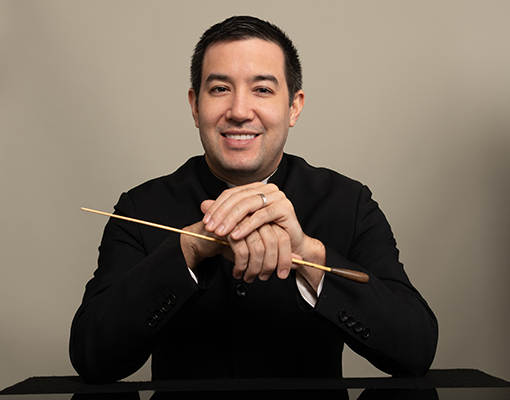