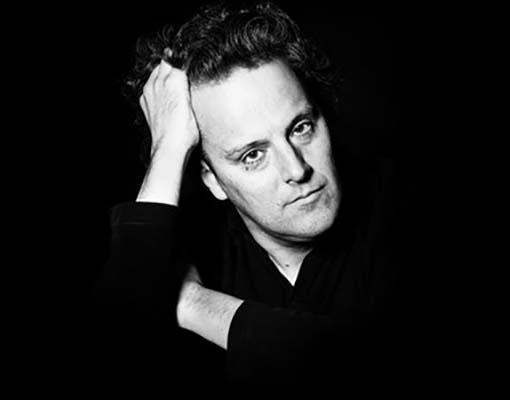 Born in Venezuela of American parents, Hobart Earle has earned a reputation on several continents as a dynamic and exciting conductor. He was recognized as one of 30 “Professionals of the Year” by Musical America Worldwide (2014), and in conjunction with leading newspapers, the Russian Cosmonaut Association named a star in the ‘Perseus’ constellation as ‘Hobart Earle’ (2003).

Music Director and Principal Conductor of the Odessa Philharmonic Orchestra, Hobart Earle has elevated the orchestra to a position of international prominence, unprecedented in the history of the organization, performing in such concert halls as the Musikverein (Vienna), the Philharmonie (Cologne), Barbican Hall (London), the National Auditorium (Madrid), Orchestra Hall in Chicago, the Great Hall of the Moscow Conservatory, Carnegie Hall (New York) and the Kennedy Center (Washington), Davies Hall in San Francisco and the General Assembly of the United Nations.

He has led such orchestras as the Bilbao Symphony, Vienna Tonkuenstler, Noord-Nederlands Orkest in Holland, Odense Symfoniorkester in Denmark, Jerusalem Symphony Orchestra, Sinfonica Siciliana and Orchestra della Toscana, Sinfonia Iuventus in Warsaw, Krakow and Silesian Philharmonic Orchestras, Athens State Symphony, Buffalo and Florida Philharmonics, North Carolina and Miami Symphony Orchestras, Taipei Symphony and such major Russian institutions as the St. Petersburg Philharmonic and Russian National Orchestra. In the opera pit, he has led productions with the Greek National Opera and the Mythos Opera Festival, and in the recording studio, has recorded with the Russian State Symphony and Odessa Philharmonic for Naxos and Toccata Records. His performance of Tchaikovsky’s 5th symphony in Vienna’s Musikverein was recorded by the Austrian Radio live in concert, and awarded “Best Classical Album 2002” at the ‘JPFolks Music Awards’ in Hollywood, California. His recording of music by Myroslav Skoryk was chosen by Naxos CEO Klaus Heymann in the “Chairman’s Choice 2014 – Klaus Heymann’s Favorite Naxos Releases” .

“Conductor Hobart Earle secured much of the same integrity of performance from his players in Mahler’s Symphony No. 2 … this must go down as one of the best performances of Mahler in Perth.”

“The second of the two new year’s concerts showed that Earle and his orchestra have almost perfected the idiom of the Viennese waltz.”