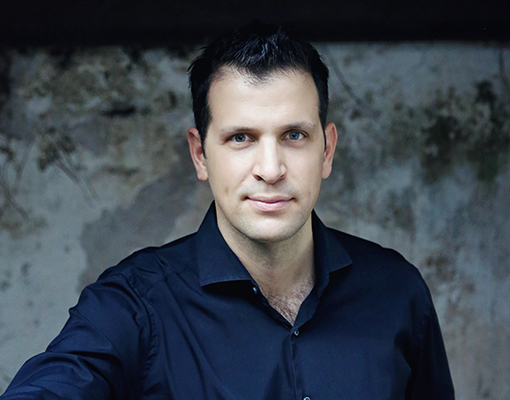 Italian bass-baritone Luca Pisaroni has established himself as one of the most charismatic and versatile singers performing today. Since his debut at age 26 with the Vienna Philharmonic at the Salzburg Festival, led by Nikolaus Harnoncourt, Pisaroni has continued to bring his compelling artistry to the world’s leading opera houses, concert halls, and festivals.

Luca Pisaroni begins the 2019/20 season with a return to the Wiener Staatsoper to star as the Four Villains in Offenbach’s Les Contes d’Hoffmann. He then sings the title role of Mozart’s Don Giovanni in a concert staging with the Sinfonieorchester Basel at the George Enescu Festival. Pisaroni returns to the Metropolitan Opera for two productions this season: Le Nozze di Figaro (Figaro) and Così fan tutte (Guglielmo), marking the first revival of Phelim McDermott’s popular staging inspired by Coney Island. After a successful tour with Il Pomo d’Oro last season, Pisaroni reunites with the ensemble for his role debut as Zoroastro in Handel’s Orlando on tour in Europe. He closes out the season starring in multiple productions of Don Giovanni, beginning at the Palais Garnier as the title role with the Opéra National de Paris, singing Leporello at the Bayerische Staatsoper, and concluding with the title role at Opernhaus Zürich. Pisaroni’s 2019/20 concert appearances include Mozart’s Requiem with the Orchester Wiener Akademie, Beethoven’s Symphony No. 9 with NHK Symphony Orchestra and a concert with I Virtuosi del Teatro alla Scala at Zaryadye Hall in Moscow. In recital, Luca will appear at the Teatro della Pergola in Florence, at The Mondavi Center for the Performing Arts, and at UBC Opera in Vancouver for their “Singer Behind the Song” series. Pisaroni reunites with baritone Thomas Hampson for their acclaimed “No Tenors Allowed” concert series in Provo, Utah, and then at Teatro Colón in Buenos Aires.

In the 2018/19 season, Pisaroni returned to the Teatro Real to sing Méphistophélès in a new production of Gounod’s Faust by La fura dels Baus, followed by an “utterly magnetic” (Opera Traveller) role debut as the Four Villains in Les Contes d’Hoffmann at Festspielhaus Baden-Baden. He later made his house debut at the Gran Teatre del Liceu as Mustafà in Rossini’s L’Italiana in Algeri. Additionally, Mr. Pisaroni returned to The Metropolitan Opera stage for his highly anticipated debut in the title role of Don Giovanni. Following this engagement, he then traveled to the Houston Grand Opera for the world premiere of Tarik O’Regan’s The Phoenix, where he created the role of the young Lorenzo da Ponte in a “splendidly rich, vibrant” (Opera News) portrayal. Pisaroni toured with Il Pomo d’Oro in a concert version of Händel’s Agrippina, and he returned to the Staatsoper Berlin as Golaud in Debussy’s Pelléas et Mélisande. His operatic season concluded at the Royal Opera House in his premiere appearances as Escamillo in Bizet’s Carmen.

Pisaroni’s 2018/19 international concert appearances include Mozart’s C Minor Mass and Requiem at the Brucknerhaus; Beethoven’s Symphony No. 9 and Schönberg’s A Survivor from Warsaw at the Laeiszhalle; Rossini’s Petite Messe Solennelle at the Royal Festival Hall and Beethoven’s Symphony No. 9 at the Gewandhaus and at the Konzerthaus Dortmund with Andris Nelsons. Mr. Pisaroni presents a series of recitals with pianist Malcolm Martineau at the Grand Théâtre de Genève and at the Pierre Boulez Saal. He will also perform several concerts of “No Tenors Allowed” with baritone Thomas Hampson in Boston, Toronto, and Santa Fe.

In the 2017/18 season, Luca Pisaroni made multiple role debuts beginning at the Rossini Opera Festival in Pesaro as Mahomet II in Le Siège de Corinthe, at the Opéra National de Paris in Debussy’s Pelléas et Mélisande as Golaud, followed by Mustafà in Rossini’s L’italiana in Algeri at the Wiener Staatsoper, along with performances as Alidoro in Rossini’s La Cenerentola and Leporello in Don Giovanni. He returned to The Met in his signature role of Count Almaviva in Mozart’s Le nozze di Figaro, and he sang Méphistophélès in Gounod’s Faust in Moscow. Mr. Pisaroni ended his season with his debut as the malevolent Don Pizarro in Beethoven’s Fidelio at the Teatro alla Scala.

Highlights from his 2017/18 international concert appearances include Rossini’s Petite Messe Solennelle at the Konzerthaus Wien and with the Luxembourg Philharmonie; Beethoven’s C Major Mass with the Symphonieorchester des Bayerischen Rundfunks, conducted by Mariss Jansons, Beethoven’s Missa Solemnis with the LSO and Michael Tilson-Thomas, Verdi’s Messa da Requiem with the Collegium Vocale Gent and Philippe Herreweghe, and Beethoven’s Symphony No. 9 with Daniele Gatti and the Mahler Chamber Orchestra.

Luca Pisaroni’s diverse operatic repertoire includes portrayals of Méphistophélès in Gounod’s Faust at Houston Grand Opera; Enrico VIII in Anna Bolena at Opernhaus Zürich; Conte Rodolfo in Bellini’s La Sonnambula at Wiener Staatsoper; Giorgio in I Puritani and Caliban in The Enchanted Island at the Met; Le nozze di Figaro at Opéra National de Paris, San Francisco Opera, and the Bayerische Staatsoper; Leporello in Don Giovanni at Teatro alla Scala, The Metropolitan Opera, Salzburg Festival, and at Tanglewood with the Boston Symphony Orchestra; Guglielmo in Così fan tutte at Glyndebourne and the Salzburg Festival; Conte Dorval in Martin y Soler’s Il Burbero di Buon Cuore at Teatro Real; Maometto in Rossini’s Maometto II at the Canadian Opera Company; and Tiridate in Radamisto at Santa Fe Opera. He sang Argante in Rinaldo at Lyric Opera of Chicago; the title role in Cavalli’s Ercole Amante with De Nederlandse Opera and Aeneas in Dido and Aeneas for the Wiener Festwochen.

Luca Pisaroni lives in Vienna with his wife, Catherine. Their golden retriever Lenny 2.0 and miniature dachshund Tristan are the singer’s constant traveling companions.

“Pisaroni dazzled like a pro and sang like a dream. His voice is brawny silk, technically accurate and emotionally on the mark.”

“Pisaroni’s…voice is gorgeous, and every word filled with meaning. As clueless as the character of Figaro may be at times, Pisaroni creates one of the most spot-on, lovable Figaros you are likely to encounter on disc.”

“It’s bass Luca Pisaroni who scores the biggest part as Friar Lawrence, and in a deep voice, midwifes a ceasefire between the Capulets and the Montagues.” 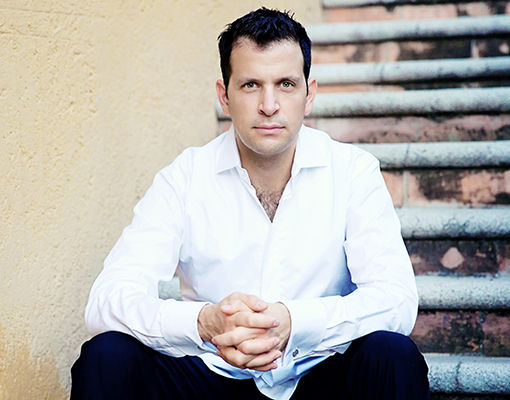 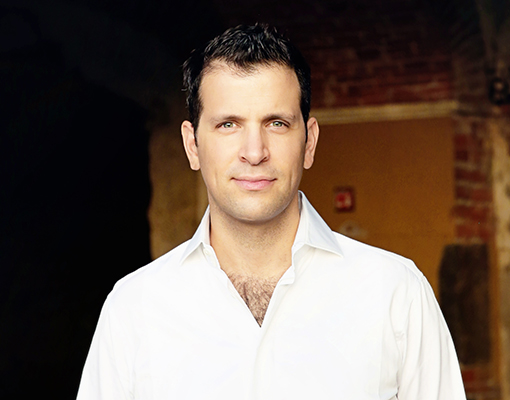 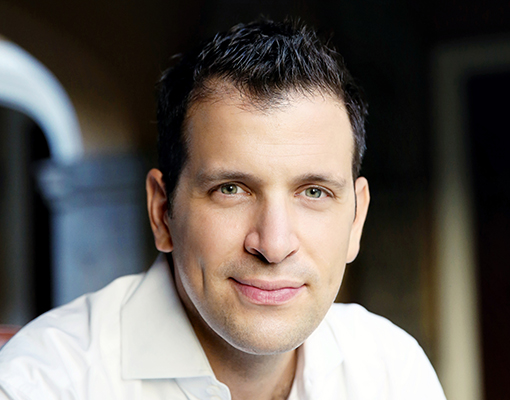 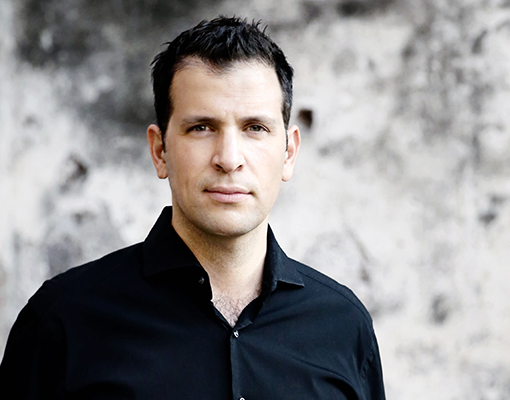 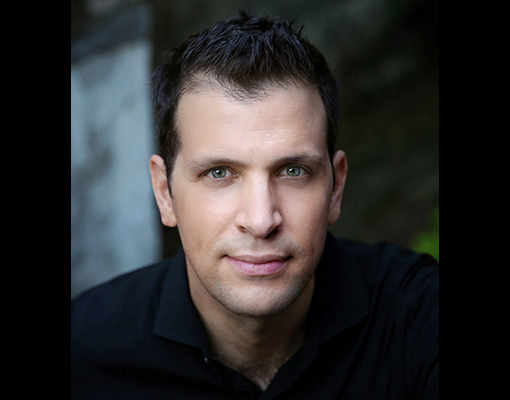