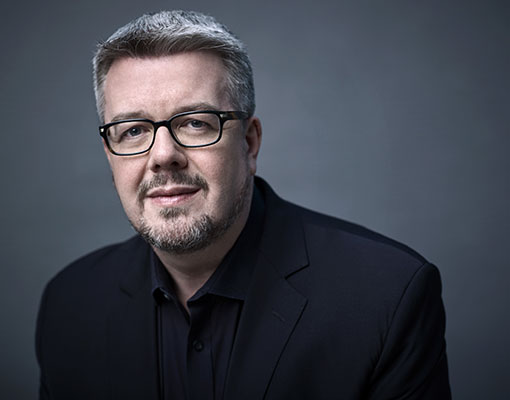 Acclaimed for his inspirational performances and eloquent musicianship, Paul Watkins enjoys a distinguished career as concerto soloist, chamber musician and conductor. He is the Artistic Director of the Great Lakes Chamber Music Festival in Detroit (since 2014), the cellist of the Emerson String Quartet (since 2013) and Visiting Professor of Cello at Yale School of Music (since 2018). He took first prize in the 2002 Leeds Conducting Competition, and has held the positions of Music Director of the English Chamber Orchestra and Principal Guest Conductor of the Ulster Orchestra.

Watkins gives regular concerto performances with the major British orchestras, including at the BBC Proms, where he has appeared most recently with the BBC Symphony and Thomas Ades in Lutoslawski’s cello concerto, and with the BBC National Orchestra of Wales in the world premiere of the cello concerto composed for him by his brother, Huw Watkins. He has performed with prestigious orchestras across the globe including the Netherlands Philharmonic, Melbourne Symphony and Queensland Orchestras, the Konzerthausorchester Berlin, Hong Kong Philharmonic, Colorado Symphony, Norwegian Radio Orchestra, Antwerp Symphony, and the Orchestra Nazionale Sinfonica della RAI Torino, under the baton of renowned conductors including Paavo Berglund, Leonard Slatkin, Sakari Oramo, Gianandrea Noseda, Sir Mark Elder, Richard Hickox, Sir Andrew Davis, and Sir Charles Mackerras. He premiered (and was the dedicatee of) Mark-Anthony Turnage’s new concerto with the Antwerp Symphony and Edo de Waart, the Tampere Philharmonic Orchestra and Hannu Lintu, the Royal Liverpool Philharmonic Orchestra and Vasily Petrenko, and the Gewandhausorchester Leipzig and Andris Nelsons.

A dedicated chamber musician, Watkins was a member of the Nash Ensemble from 1997 until 2013, when he joined the Emerson String Quartet. With the Quartet he has travelled extensively, performing at major international festivals including Tanglewood, Aspen, Ravinia, Edinburgh, Berlin and Evian and has collaborated with distinguished artists such as Emanuel Ax, Yefim Bronfman, Renee Fleming, Evgeny Kissin and Barbara Hannigan.

Highlights of recent seasons include his conducting debuts with the Minnesota Orchestra and Detroit Symphony, as well as concerto appearances with the BBC Symphony under Semyon Bychkov and Sir Andrew Davis, the City of Birmingham Symphony under Alexander Vedernikov, and the European Union Youth Orchestra under the baton of Bernard Haitink, in a tour featuring performances at the Grafenegg Festival and Amsterdam’s Concertgebouw. He also made regular appearances with the Chamber Music Society of Lincoln Center, and performed Brahms’ Double Concerto on a tour of Sweden and the UK with the Västeras Sinfonietta, Simon Crawford-Philips and Lawrence Power.

His extensive discography as a cellist includes a wide range of repertoire for Chandos Records, including Britten’s Cello Symphony, the concertos of Delius, Elgar, Finzi, Lutoslawski, Walton, Tobias Picker and Cyril Scott, and recitals of Mendelssohn, Martinu, and 20th century British and American music for cello and piano with Huw Watkins. He has recorded the Britten solo cello suites and twentieth century British repertoire for Nimbus, Takemitsu’s Orion and Pleiades for BIS Records, and as a conductor, music by Mozart, Gliere, Röntgen, and a Grammy® nominated pairing of the Berg and Britten violin concertos with Daniel Hope.

Watkins plays on a cello made by Domenico Montagnana and Matteo Goffriller in Venice, c.1730.

“Paul Watkins, the cellist, was extraordinary. Technical challenges appear non-existent, he brings striking rhythmic impulse to his playing, and how he adapts to different composers amazes […] matching every impulse, fading into the background when called for, and soaring when asked to take the lead.”

“Watkins is fully up to all of the composer’s challenges […] this is surely the finest account of this work that has ever been recorded, manifestly superior in sensitivity and virtuosic élan from any other […] of the highest musical grasp and understanding.”

“The Emerson’s cellist, Paul Watkins, anchored a powerful performance, with warmth, precision and attack, all four musicians sensitive to each detail, uniting as one. […] supreme musicality shone throughout.”

“Cellist Paul Watkins exhibited a gorgeous tone in the warm bath that is Dvořák’s Silent Woods, before being joined by his former Nash Ensemble colleague Lawrence Power for Brahms’ Double Concerto. An amiable, meandering work was completely transformed here into something far more elemental and dynamic than I’ve ever experienced. The outer movements were muscular and rugged, while the Andante felt like an intimate, fireside conversation between two best friends.”

“Every time cellist Paul Watkins had the lead, the music sparked into life; he was especially eloquent in the aria-like andante movement.”

“Paul Watkins’s captivating performance … radiates insight and conviction in every bar … Rarely have the opening movement’s declamatory outbursts resonated so profoundly, nor the slow movement’s noble restraint and the finale’s triumph in the face of adversity.”

“This was [Watkins’] second year at the helm of the Great Lakes festival, and the results put an exclamation point on the fact that his appointment has been a home run. A cellist of uncommon expressive range and flexibility (who is also a fine pianist and conductor), Watkins has taken the high standards he inherited from founding artistic director James Tocco and elevated them to a new plateau of excellence”

“The sheer quality of ensemble playing from the Emersons, with Watkins seamlessly integrated into the group, while retaining his characterful playing style and profile, was almost miraculous to hear.”

“Paul Watkins has clearly become an integral member of the quartet, and his warm, burnished cello tone was a consistent pleasure.”

“Since his debut with the Emerson String Quartet in 2013, when he replaced the cellist David Finckel, Paul Watkins has proved a valuable addition to that eminent ensemble. On Sunday at Alice Tully Hall, it was his gorgeous tone and elegant phrasing in Beethoven’s String Quartet in F (Op. 18, No.1) that provided some of the most alluring moments […] Mr. Watkins played his soaring operatic lines in the Adagio with burnished, glowing tone. “

“Watkins is fully up to all of the composer’s challenges […] this is surely the finest account of this work that has ever been recorded, manifestly superior in sensitivity and virtuosic élan from any other […] of the highest musical grasp and understanding.”

“This is one of those rare discs that surprises as much as it delights. It has been a long time since I last listened to Brahms’ cello sonatas so intently and with so much enjoyment. Paul Watkins and Ian Brown commanded my attention, not with declamatory statements but by making me complicit in an act of discovery. This is familiar music, yet suddenly new. They kept me on the edge of my seat and they kept me smiling. There are many great performances of these sonatas, but I cannot recall a set of such flexibility and nuance or of such generous interplay between equals. “

“The minute Mr. Watkins began to play I was absolutely stunned. […] Watkins gave this magnificent concerto a searing and introspective atmosphere which at once was passionate and searchingly intimate. His technique is absolutely ferocious, but he never loses sight of the intensity inherent in Elgar’s writing. […] The third movement is without a doubt one of the most passionate pieces of music that Elgar ever wrote, and Watkins was absolutely relentless in its exposure….”

“Mr. Watkins’s charismatic, responsive, tonally resplendent playing was no surprise. He has brought new qualities to the Emerson String Quartet, which he joined last year. Here he was exceptionally fine, from the meaty downward line, amid trembling violas, in the Mendelssohn quintet’s third movement to the exuberant blossoming at the start of the Brahms.”

“Watkins is a great champion of British music and his playing throughout displays all the commitment and passion – together with a rock solid technique – that one could wish for. […] the ardent lyrical nature of the music really does suit Watkins’ style perfectly. […] Great praise to the Watkins brothers for producing such a convincing and enjoyable recital.”

“[…] unquestionably, in my opinion, one of today’s foremost cellists. This new album further bolsters his reputation with gorgeous tonal bloom, ample technique to surmount the thorniest technical passages, and perhaps most inspiring of all, performances that are musically sensitive and deeply committed emotionally to these works.”

“The new member, cellist Paul Watkins, fit into the quartet’s repertoire and unified sound as if he’d been a member for years. […] with Watkins, the foursome has taken on a new edginess. It permeated throughout the Mendelssohn quartet, sparked not only by Watkins but by the spirited response from the other three. Even the sweet lyricism in the finale had a unique glimmer to it. […] If it has not already done so, the addition of Watkins could raise the bar for quartet playing” 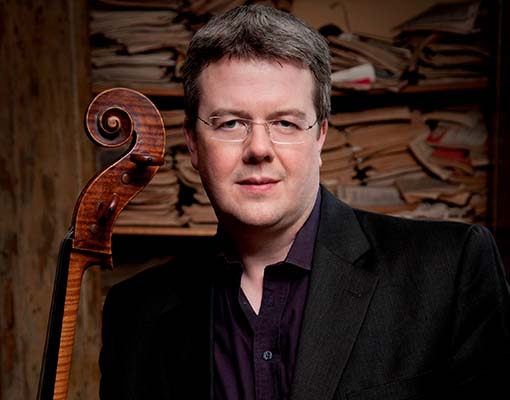