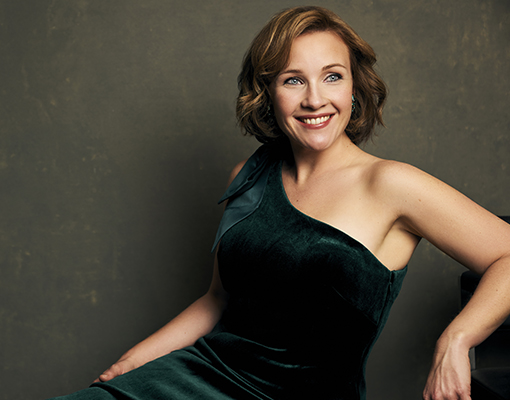 Two-time Grammy Award-winning mezzo-soprano Sasha Cooke has been called a “luminous standout” by the New York Times and “equal parts poise, radiance and elegant directness” by Opera News. Ms. Cooke has sung at the Metropolitan Opera, San Francisco Opera, English National Opera, Seattle Opera, Opéra National de Bordeaux, and Gran Teatre del Liceu, among others, and with over 80 symphony orchestras worldwide frequently in the works of Mahler. This season marks Ms. Cooke’s appointment at the Music Academy of the West as Co-Director of the Lehrer Vocal Institute.

Ms. Cooke opens the 2022/23 season with a return to Houston Grand Opera in her role debut as Thirza in the company’s new production of Dame Ethel Smyth’s The Wreckers conducted by Patrick Summers. On the concert stage, she performs throughout the U.S. and abroad: in Mahler’s Das Lied von der Erde with Houston Symphony conducted by Juraj Valčuha; Elgar’s The Dream of Gerontius with Wiener Konzerthaus; Michael Tilson Thomas’ Meditations on Rilke with the New York Philharmonic conducted by the composer; Mahler’s Symphony No. 3 with New Zealand Symphony Orchestra alongside Gemma New; and Mozart’s Requiem with the Concertgebouw Orchestra conducted by Klaus Mäkelä and later with Nashville Symphony. She debuts with Orchestra dell’Accademia Nazionale di Santa Cecilia in Mahler’s Symphony No. 3 conducted by Sir Antonio Pappano, and the Utah Symphony in Mendelssohn’s Elijah, which she later performs with NDR Elbphilharmonie Orchestra under the baton of Alan Gilbert. She makes returns to Chicago Symphony for works by Vivaldi, to Philadelphia Orchestra for Handel’s Messiah and to Kansas City Symphony for Hindemith’s When Lilacs Last in the Dooryard Bloom’d. Special collaborations on the recital stage include Jake Heggie’s Intonations: Songs for the Violins of Hope with Music of Remembrance; recitals with guitarist Jason Vieaux at San Francisco Performances and Round Top Festival; and a recital at Kaufman Music Center, alongside pianist Kirill Kuzmin featuring how do I find you, a collection of words and music created in 2020 that was recorded and released on the Pentatone label in January 2022.

During the 2021/22 season, Ms. Cooke returned to the Metropolitan Opera for her role debut as Cherubino in Le nozze di Figaro conducted by James Gaffigan. She also joined the Met as Eduige in Rodelinda conducted by Harry Bicket. She joined the Minnesota Orchestra for Mahler’s Lieder eines fahrenden Gesellen and subsequently for Mahler’s Symphony No. 8, the latter conducted by Osmo Vänskä. Additionally, she performed Michael Tilson Thomas’ Meditations on Rilke under his baton with the Los Angeles Philharmonic, scenes from Nadia Boulanger’s Faust et Hélène with the Houston Symphony, led by Fabien Gabel, in addition to Mahler’s Symphony No. 2 and Beethoven’s Symphony No. 9 there, Berlioz’s Béatrice et Bénédict with the Festival de la Côte Saint-André, led by John Nelson, Beethoven’s Symphony No. 9 with the Detroit Symphony Orchestra, Mahler’s Symphony No. 2 with the Oregon Symphony, Jake Heggie’s The Work at Hand and Elgar’s Sea Pictures with the St. Louis Symphony Orchestra, led by Gemma New, Mahler’s Lieder eines fahrenden Gesellen with the New World Symphony, and a holiday concert with the Wheeling Symphony Orchestra. She also gave a solo recital at the Tucson Desert Song Festival, joined by pianist Myra Huang, including the world premiere of Jennifer Higdon’s song cycle Summer Music.

Last season also marked the release of Ms. Cooke’s new album, entitled how do I find you, on the Pentatone label. Featuring songs by Caroline Shaw, Nico Muhly, Missy Mazzoli and Jimmy Lopez, among others, the recording is intended as a tribute to both the struggles and hopes of those affected by the pandemic. All seventeen songs were written in 2020. Ms. Cooke performed the world premiere in January 2022 as part of the San Francisco Symphony’s Great Performers Series, before giving subsequent recitals at the Shriver Hall Concert Series and elsewhere, with pianist Kirill Kuzmin.

In the 2020/21 season, Ms. Cooke sang a solo recital at Houston Grand Opera with pianist Kirill Kuzmin, performed Mahler’s Lieder eines fahrenden Gesellen with Vasily Petrenko and the Netherlands Radio Philharmonic Orchestra, and joined the Cincinnati May Festival for a performance of Copland’s Eight Poems of Emily Dickinson. She also made her debut at Bard SummerScape as Genièvre in Chausson’s Le roi Arthus, sang Jan Arnold in a new recording of Joby Talbot’s Everest with Opera Parallèle, and returned to Dallas Opera for a Pops Concert. Previously scheduled engagements included appearances at the Metropolitan Opera as Hansel in Hansel and Gretel, at Dallas Opera as Sylvie in the world premiere of Talbot’s The Diving Bell and the Butterfly, and at San Francisco Opera as Offred in Poul Ruder’s The Handmaid’s Tale. Concert performances were to include Bach’s Mass in B minor with the Orchestre National de France under the direction of Trevor Pinnock, Mahler’s Symphony No. 3 with the Minnesota Orchestra and music director Osmo Vänskä, and a duo recital tour alongside soprano Susanna Phillips.

In the 2019/20 season, Ms. Cooke returned to the San Francisco Opera to reprise the title role in Humperdinck’s Hansel and Gretel, and was scheduled to perform Laurene Jobs in Mason Bates’s The (R)evolution of Steve Jobs, a role she created in 2017 at Santa Fe Opera. Her orchestral appearances included Ravel’s Shéhérazade with the Radio Filharmonisch Orkest under conductor James Gaffigan, Mahler’s Das klagende Lied and Mendelssohn’s Die erste Walpurgisnacht with the Houston Symphony under music director Andrés Orozco-Estrada, Meditations on Rilke with the Cleveland Orchestra under composer and conductor Michael Tilson Thomas, and a concert version of Mascagni’s Cavalleria Rusticana with the Chicago Symphony under the baton of Riccardo Muti. Other scheduled appearances included reuniting with Jaap van Zweden and the New York Philharmonic for concerts of Mahler’s Symphony No. 2 Resurrection at David Geffen Hall (New York), Barbican Hall (London), and The Royal Concertgebouw (Amsterdam), as well as Mahler’s Symphony No. 3 with Myung-Whun Chung at the Accademia Nazionale di Santa Cecilia, Beethoven’s Missa Solemnis with the Pittsburgh Symphony under Manfred Honeck as well as the Atlanta Symphony under Robert Spano, both in Atlanta and on tour at Carnegie Hall in New York. Ms. Cooke also undertook a residency with the San Francisco Symphony that encompassed concerts with the orchestra, educational events, chamber music performances, and a solo recital in Davies Hall. In recital, she returned to London’s Wigmore Hall with pianist Malcolm Martineau for songs of Brahms and Schumann, and performed at New York’s 92nd Street Y and the Kennedy Center’s Terrace Theater in Washington, D.C., alongside pianist Julius Drake. Finally, Ms. Cooke sang the world premiere of Jake Heggie/Gene Scheer’s Violins of Hope with violinist Daniel Hope for Music at Kohl Mansion in California, and was scheduled to perform a solo recital of songs at the Santa Fe Chamber Music Festival.

As a dedicated recitalist, Ms. Cooke was presented by Young Concert Artists in her widely acclaimed New York and Washington debuts at Carnegie’s Zankel Hall and the Kennedy Center. She has also appeared in recital at Alice Tully Hall, Wigmore Hall, the Kennedy Center and the 92nd Street Y. Her recordings can be found on the Hyperion, BIS, Chandos, Pentatone, Naxos, Bridge Records, Yarlung, GPR Records, and Sono Luminus labels. Most recently she appears on recordings including Intonations: Songs from the Violins of Hope by Jake Heggie and Gene Scheer on Pentatone, L’enfance du Christ with Sir Andrew Davis and the Melbourne Symphony on Chandos, Bates’ The (R)evolution of Steve Jobs on Pentatone which won the 2019 Grammy Award for Best Opera Recording, Mahler’s 2nd Symphony with Osmo Vänskä and the Minnesota Orchestra on BIS, Michael Tilson Thomas’ Meditations on Rilke with the San Francisco Symphony with won the 2021 Grammy Award for Best Classical Compendium and Sasha Cooke LIVE, a collection of her performances at the Music@Menlo chamber music festival released on their label.

On Sunday, January 30, mezzo-soprano Sasha Cooke will perform the world premiere of her new album, how do I find you (Pentatone), in recital with pianist Kirill Kuzmin at the San Francisco Symphony. The album, available Friday, January 28, features seventeen original...

“Cooke’s Cherubino was equally nimble and fleet-footed, except when pinned to the ground by Van Horn’s Figaro. Cooke was excellent as the over-sexed teenage page that had clearly learned a trick or two from the Count, exhibiting more cockiness than awkwardness in the young man’s relentless quest for romance. With a plummier voice than many a mezzo-soprano who assays the role, Cooke dashed off an impressive, fleet-footed ‘Non so piu’ and an ardent ‘Voi che sapete’.”

“Sasha Cooke did an utterly valid, sonorous and expressive work in the complex part of Eduige. Graceful onstage, she proved a mistress of the style, displaying a pleasing liquid tone. (Then this sentence which I would leave out: Ever attentive to the words, Cooke and Costanzo made more specific use of the Italian text than did their peers.)

“… experiencing Mahler’s “Songs of a Wayfarer” interpreted by a charismatic performer with a pure and powerful voice was well worth braving the first wintry night of the season. Cooke displayed richness throughout her ample range and an animated, theatrical approach to creating a character for the four Mahler songs, widely regarded as the first song cycle written for orchestra…. It was some masterful Mahler.”

“Sasha Cooke’s mezzo-soprano was exquisitely rounded and ensured that Goffredo’s arias were delivered with a certain sumptuousness and complete sense of ease.”

“Mezzo-soprano, Sasha Cooke’s voice was luxurious, full-bodied and round, so powerful that at times when the electro-acoustic orchestra was at a fortissimo level, she could still be heard over the group. She sensitively portrayed Laurene, Jobs’ gentle, comforting influence.”

“The best thing about this performance [by the San Francisco Symphony at the Royal Festival Hall in London] was Sasha Cooke, the American mezzo whose resonant tone and intelligent projection raised the fourth movement [of Mahler’s Third Symphony] to a different level.” 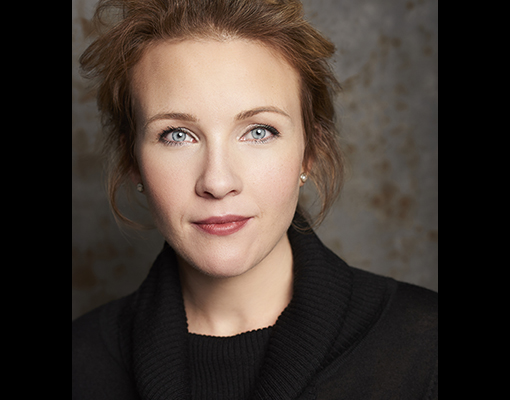 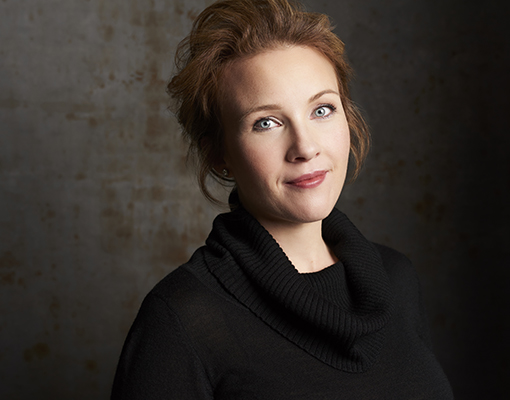 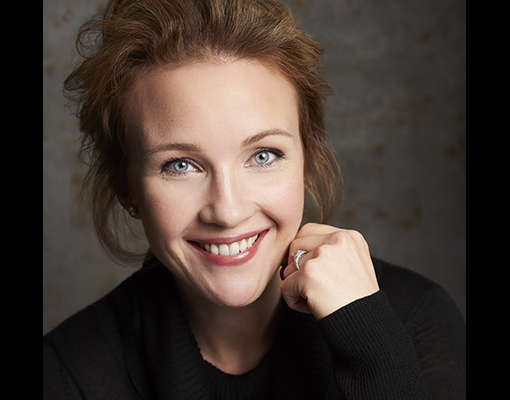 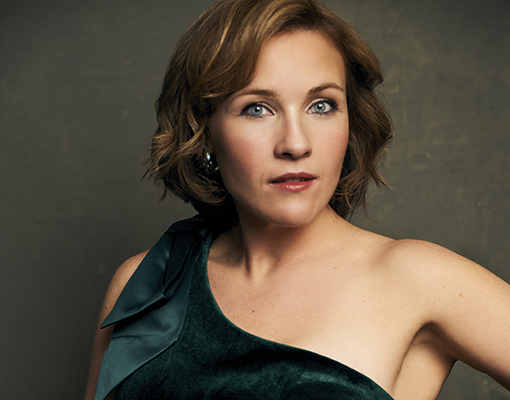