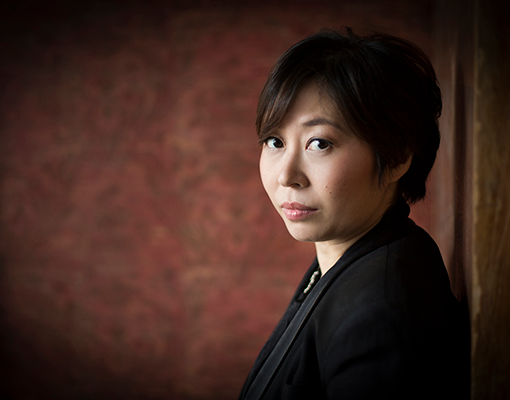 Xian Zhang has previously served as Principal Guest Conductor of the BBC National Orchestra & Chorus of Wales and was the first female conductor to hold a titled role with a BBC orchestra.  In 2002, she won first prize in the Maazel-Vilar Conductor’s Competition. She was appointed New York Philharmonic’s Assistant Conductor in 2002, subsequently becoming their Associate Conductor and the first holder of the Arturo Toscanini Chair.

Following her concert at the Paris Philharmonie at the start of 2019/20 with Orchestre National de Lyon, Xian Zhang returns to Paris for a Beethoven concert with Orchestre Philharmonique de Radio France in which she conducts Beethoven Piano Concerto no,4 with Javier...

“Dvorak’s New World got an emphatic reading under Zhang’s vivid and demonstrative lead. Punching out chords and scooping through space with her arms, she went for big effects.”

“this April 24 concert at London’s Barbican Centre was a perfect demonstration of her acute musicality, dynamism, and breadth of talent… The long, drawn-out crescendo that forms the bedrock of the finale, like so much in this rewarding concert, was spot on.”

“The opening chords [of Beethoven Symphony 7] had tremendous punch, the woodwinds sang their tune under wonderful legato strings, the pipings in the poco sostenuto moved smoothly, almost in tempo into an overwhelmingly positive Vivace. She built the sound down from the brass and the woodwinds stood out more vividly for it… Zhang emphasized firepower and determination in the third movement, hammering home the repeating three-note sequence.”

“Zhang then led an elegant, rich-toned and spirited account of Beethoven’s Seventh Symphony. The slow movement was especially fine, taken at a true Allegretto pace, steady yet never forceful, restrained yet coursing with inner intensity. It was a long-awaited and rewarding return for an essential orchestra.” [2021 season-opening concert with New Jersey Symphony Orchestra]

“Not only was the opera gloriously sung, but it was wonderfully conducted by Xian Zhang, who led with dramatic urgency and made the 40 members of the Cincinnati Symphony Orchestra sound as lush as could be… On the orchestra podium behind the singers, Zhang matched every breath and phrase, and propelled the drama masterfully. She painted Puccini’s canvas with a sure hand as she summoned rich textures and swept up the orchestra in powerful, surging climaxes. The first act “Te Deum,” with its organ, cannon shots, chimes and the chanting of Henri Venanzi’s chorus, was wonderfully atmospheric. Yet she also knew just where to linger to allow the music to breathe.”

” Beethoven’s Fifth, which was given an agile, but full-bodied performance by Zhang… Zhang’s reading brought plenty of focus to the beauty of the wind lines, and she drew some fine pianissimos from the orchestra – the slithering lower strings of the third movement and the spritely pizzicato section was nicely done, the conductor getting an exquisitely soft sound from the musicians. With her bow drawn back so far, when she released and the crescendo swept into the fourth movement’s majestic opening, the ensemble suddenly sounded enormous, setting up the work’s rousing climax..” [Sydney Symphony Orchestra at Sydney Opera House, July 2019]

“Shostakovich’s Fifth Symphony received a quite exceptional account. Zhang was in her element and with absolute control. The individual and quiet contributions were of suppressed-but-alive artistic freedom. Throughout, the playing was exemplary.” [Philharmonia Orchestra at Royal Festival Hall, March 2019]

“Xian Zhang, on the other hand, was spectacular. More of her, please.”

“She obviously loves the work [Tchaikovsky’s Symphony No. 2], and she showed us how she operates at full throttle: full of dynamism and rhythmic thrust and wonderfully in tune with the sweetness and flow of the composer’s lyrical lines… The coda was scintillating, a true testament to Zhang’s deeply-felt conviction and the commitment of the orchestra… Xian Zhang’s Tchaikovsky was of the absolutely highest class, as was her demonstrated orchestral control”

“Zhang is an extraordinary conductor, unfolding the majesty and mystery of this work with singing clarity. Using a baton, she conducts with her entire body, arms moving so rapidly at times they become a blur or sweep down, almost touching the floor. Her direction is precise and her command of these powerful musical forces is absolute… Each section of each movement received her complete attention, resulting in a well-balanced performance.”

“A sparkling account of the New World from Xian Zhang and the MSO… Zhang’s expert guidance ensured that sufficient space was always available for the piano’s melodic expression to breathe without being overpowered… From the opening bars, Xian Zhang’s complete command of the New World was evident as she guided the MSO, without a score, through a thrilling account of its toe-tappingly propulsive rhythms, irresistible melodies and the sweeping lyricism of the Largo. Clearly having a ball, Zhang grinned broadly as she dipped and soared throughout a sharp and utterly assured performance that it was truly a pleasure to witness.”

“The Friday program introduced two musical entities to Aspen we should be seeing more — the Florida-based chorale Seraphic Fire and the energetic Chinese-born American conductor Xian Zhang… [Xian Zhang] made an impression with big gestures, clear and precise, that brought out an ideal balance of rigor and flexibility in the music… Together they made music that was like plugging Mozart’s score into a high-voltage socket. They made each turn of phrase special, not by blasting away — although climaxes lacked nothing in power — but by shaping rhythm, textures, dynamics and the Catholic Mass text into something that came alive.”

“Zhang then took the podium to lead the orchestra in a rollicking rendition of Leonard Bernstein’s overture from “Candide.” The NJSO music director has achieved a great deal with the Jersey band during her tenure so far — perhaps most of all the energy she brings to the podium and the sense of excitement she instills in the orchestra.”

“The dynamic performances Ms. Zhang led on Friday proved that hers is a name worth memorizing. On the podium she is a pint-size bundle of energy, conducting with feet firmly grounded and big, purposeful motions of the torso and arms. In brief remarks from the stage, she also showed herself to be a natural communicator, brimming with enthusiasm and humor: a good choice for this orchestra, which takes its ambassadorial role seriously with concert series offered across the state and numerous outreach initiatives. The orchestra is also stocked with excellent players, and there were moments during Friday’s program when the sound reached a fullness and polish that would be the envy of better-known ensembles on the other side of the state lines.”

“The Rachmaninov was a thing of grand passions. Zhang pressed through it where some interpreters linger. The brass glared in places, though strings and woodwind were admirably sumptuous, the great clarinet solo in the third movement beautifully poised.”

“It is not easy to convey [Shostakovich’s] ambiguity to young people – but Xian Zhang succeeds in doing just that. Not only does the performance range on the level of a professional top orchestra, but it is also spot-on atmospherically. The opening movement evokes the voice of a tortured soul, the march music breaks in brutally, and the apotheosis with its hope for better times comes off to touching effect. The festival mood of the Allegretto is contorted into the grotesque, and the Largo begins like a reverie but tips over regularly into nightmarish episodes. The grim final movement with its machine music finally exposes the empty pathos of all party conference slogans.”

“Zhang and the BBC National Orchestra of Wales offered the contrast of red-blooded performances of Russian symphonies. Prokofiev’s “Classical” Symphony was steadier, tougher in character than usual. Rachmaninov’s Symphony No.2 boasted well drilled playing and outgoing certainty of vision.”

“Rachmaninov Symphony no.2, Nick Breckenfield in ClassicalSouce said she conducted with “a romantic sweep starting from the opening’s growling double basses to the irrepressible high spirits of the final bars” (Classical Source, August 2015)

“Zhang once again proved a thrilling leader. Her innate musicality and ability to communicate intention with clarity invested every gesture. Nothing seemed extraneous or glossed over, even as her whole body seemed to contract and release with explosive energy.”

“Happily, in the hands of the conductor Xian Zhang, the thrust of the music made up for the directorial inadequacies. In an impressive company debut, Zhang’s credentials as music director of the Orchestra Sinfonica di Milano Giuseppe Verdi shone through: she drove things forward with a stirring dynamism but, just as importantly, let the dramatic pauses breathe with sound instinct, and was alert to the score’s intimate chamber-music qualities. WNO’s musicians played with great sensitivity.”

“The good news is that there can be no complaints about the performance’s musical quality, conducted with Muti-like dynamism agility and precision by Xian Zhang.  She drives an impressive cast.”

“Musically, the chorus and orchestra’s triumph is paralleled by that of conductor Xian Zhang in her notable company debut. A dynamic presence in the pit.”

“A stupendous chorus and excellent cast were the real winners. Together they soared above dowdiness and kitsch to render entirely plausible the agonies of love, jealousy and confused loyalties, supported with admirable pace and panache by conductor Xian Zhang’s WNO Orchestra.”

“Fortunately, Williams, the principals, the chorus and a marvellous orchestra conducted with vibrancy and passion by Xian Zhang, rose above it all.”

“An exciting, heart-on-sleeve Verdian, Zhang powered her way through the overture to La Forza del Destino and delivered the Act I Prelude to La traviata with a finely judged combination of passion and restraint…. The second half was given over to Tchaikovsky’s Manfred, the final instalment of the Proms’ survey of his complete symphonies. Zhang’s in-your-face approach worked wonders here. The first movement, which can sound stentorian, crackled with electricity. She was reckless with speeds, lurched through the first movement coda, and brought the scherzo to a standstill before launching the trio – though each time she got away with it. This is a terrific orchestra, too: what it lacks in finesse it makes up for in dynamism. The single encore, the gallop from Rossini’s William Tell overture, was hair-raising.”

“The pleasant surprise of the concert was the excellence of the Orchestra Sinfonia di Milano Giuseppe Verdi and its pocket-sized dynamo of a Chinese conductor Xian Zhang, who made it clear that she – yes, she, o ye of little faith – meant business from the first crisp downbeat of the Overture to La Forza del Destino. The second half of the programme was devoted to Tchaikovsky’s Manfred Symphony. It’s a work bloated with the rhetoric of Weltschmerz, which can easily seem both pretentious and banal. But Xian and her Italians played it here with such impressive commitment and precision that it revealed its nobler aspects, notably in a stirring final movement which ran the gamut from daimonic bravado to deathbed resignation.” 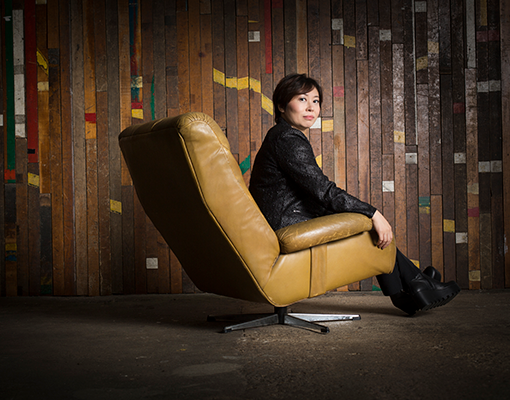 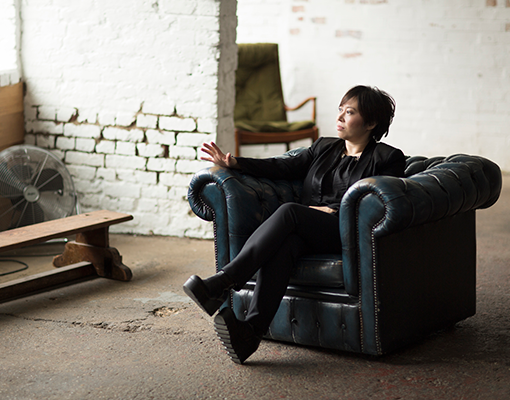 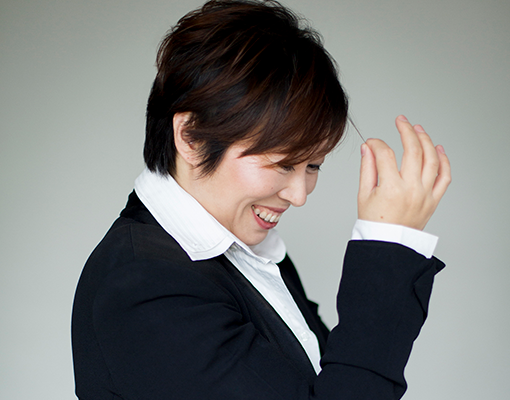 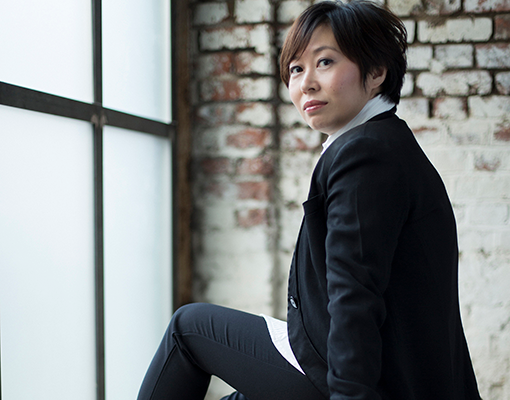