YAMATO - The Drummers of Japan

Yamato was founded by Masa Ogawa in 1993 in Nara, ‘the land of Yamato” which is said to be the birthplace of Japanese culture. Presently based in Asuka Village, Nara Prefecture, Yamato travels all over the word with Japan’s traditional Wadaiko drums, putting its very souls into the unusual instruments, whose sound stirs the hearts of people everywhere.

In the village of Asuka, a place with more than a thousand years of history and culture, Yamato seeks new expression with Wadaiko as its backbone.  They think of the sound of the drums – made of animal skin and ancient trees, some of which are more than 400 years old – as a pulse or heartbeat (Shin-on), the center of life and the source of power which pulsates within the human body. Like the strong and sturdy heartbeats of a lonely runner with a sleek and powerful body, Yamato attempts to create the energy of life, which envelops the audience and performers.  What one feels when surrounded by the sound of Wadaiko, brought out by these highly trained performers, is what the Japanese call “Tamashy”, translated as soul, spirit, and psyche – the basic elements of life. It is something which is invisible and intangible but whose existence is certainly felt.  The pulse, carried down from antiquity, will resonate within all the bodies gathered at any given performance.

“Go anywhere if invited and make the world a little more happy” is the group’s motto.  With 150-200 performances a year worldwide, Yamato takes their motto very seriously.

“BAKUON” – Legend of the Heartbeat

The theme of our new program is “the story of a strong, passionate, and continuous beat.” The story is based on the sound of the heartbeat in every one of us. This sound of the heartbeat is continuous, from our birth & growth to our day-to-day existence. Above all, we who carry this sound are the protagonists in this story of today, which is but a brief moment in the endlessness of time. In all that exists between the blue sky and green earth, throughout all that is vividly visible in this world, our hearts are continuously beating. Although it may be quiet, it is a strong pulse. Inspired by this sound, we weave this beat into our story – the story of Yamato. Each beat from the taiko drums in Yamato represents who we are. It is our history, a life’s story of sweat and tears, and the endless memories recorded in the sound of every person’s heart who is gathered here. Alas, though our place in this vast storyline may appear insignificant, we still endeavor to inscribe a new page into the story!

“The Yamato show is a genuinely theatrical experience, delivered with balletic grace and infectious humour.”

“It was simply captivating. The incredible talent and sheer enjoyment of what they do was plain to see.”

“A brilliant show of sound and stage.”

“Imagine two thousand years of samurais, shinto meditation and sake being built up and released through nine fiesty young drummers and their kits.”

“This is a show of unbridled enthusiasm, much humour and great musical variety.” 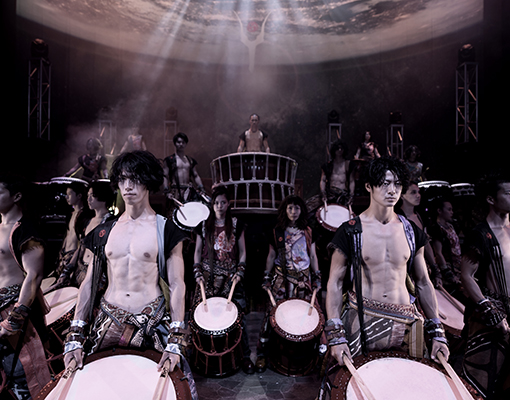 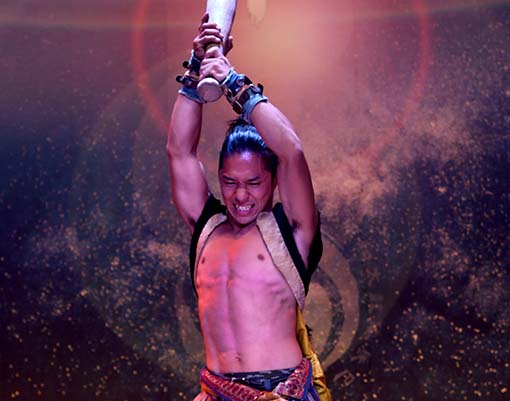 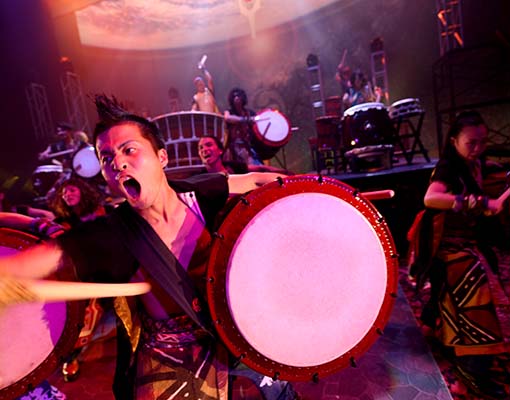 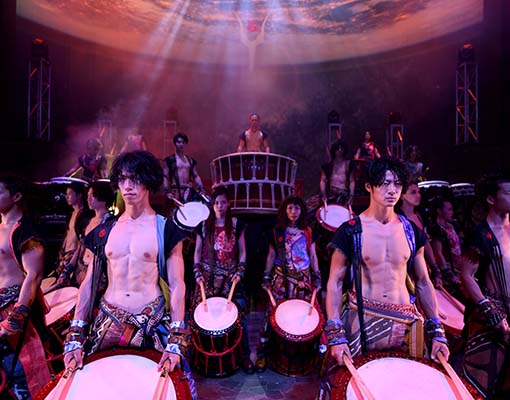 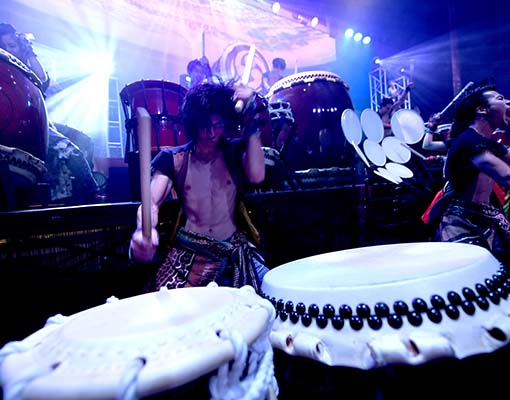 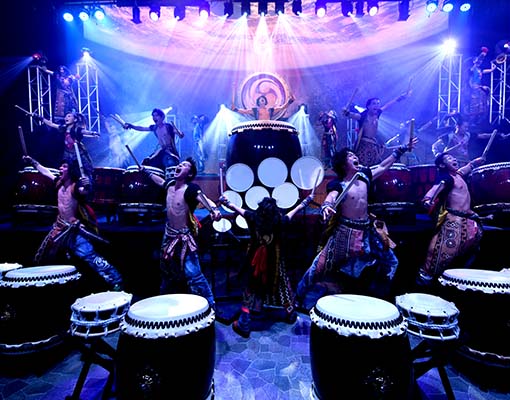 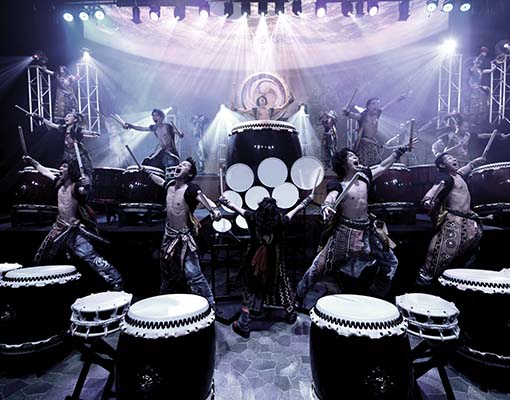 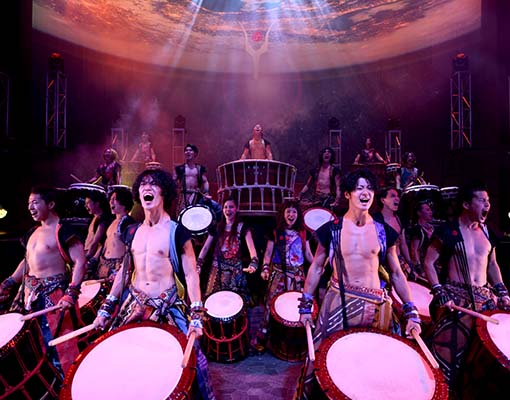 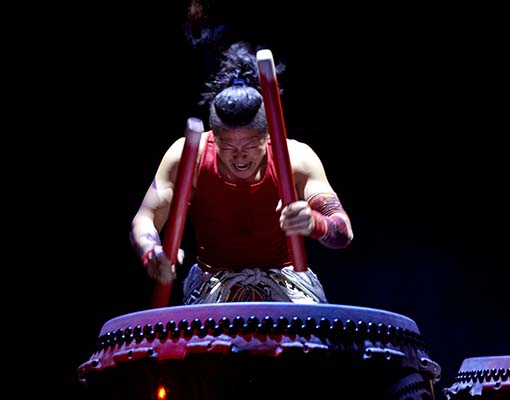 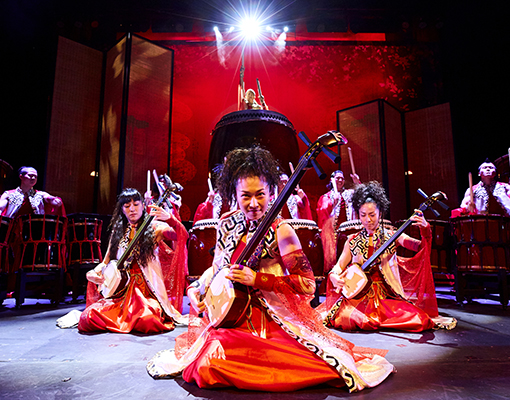 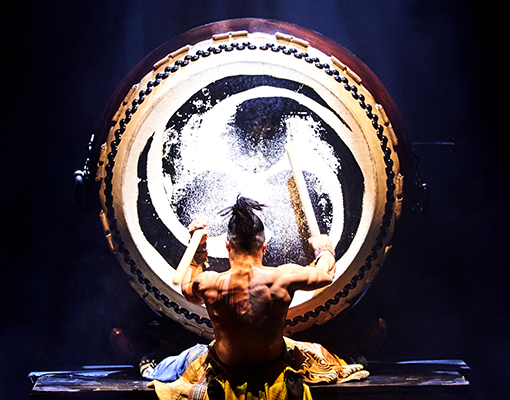 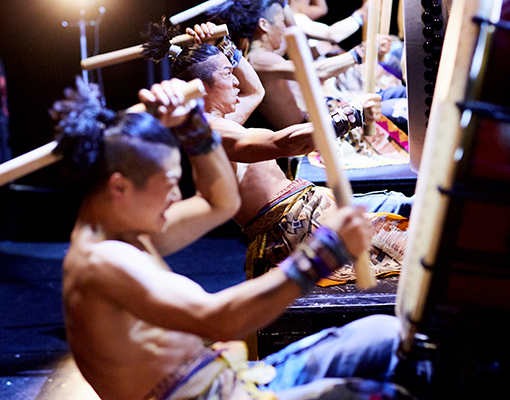 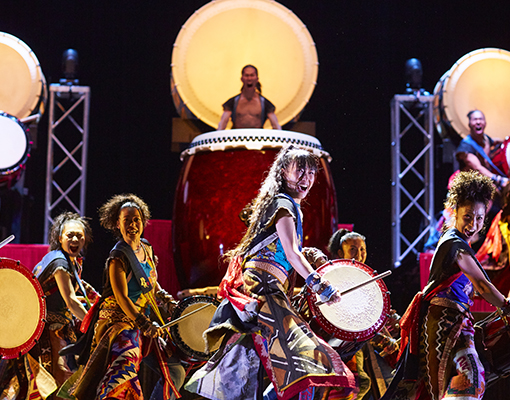 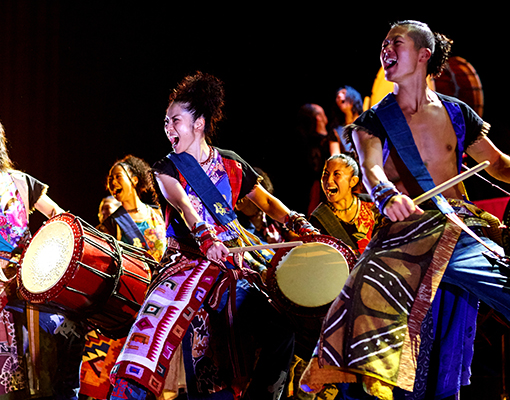