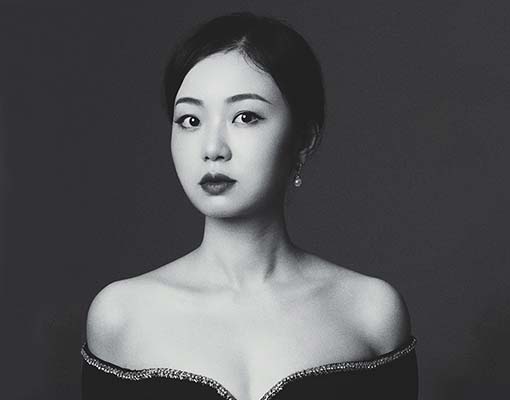 Chinese soprano Ying Fang has been praised as “Indispensable at the Met in Mozart” (The New York Times) and for “a voice that can stop time, pure and rich and open and consummately expressive” (Financial Times).

In the 2022-2023 season, Ms. Fang makes her house debut at the Wiener Staatsoper as Susanna in Le nozze de Figaro conducted by Philippe Jordan, a role which she reprises for the Handel and Haydn Society under the baton of Raphaël Pichon. She returns to the Metropolitan Opera as Ilia in Idomeneo conducted by Manfred Honeck, and as Zerlina in a new production of Don Giovanni conducted by Nathalie Stutzmann. Additionally, she returns to the Salzburg Festival as Nannetta in a new production of Falstaff opposite Gerald Finley. On the concert stage, she returns to San Francisco Symphony for Mahler’s Symphony No. 4 conducted by Robin Ticciati, debuts with the Atlanta Symphony Orchestra in Brahms’ Ein deutsches Requiem led by Sir Donald Runnicles, and performs with the Pittsburgh Symphony Orchestra in Mozart’s Mass in C minor and Handel’s Messiah, led by Manfred Honeck. She also performs a series of recitals with pianist Ken Noda at New York’s Park Avenue Armory, Cal Performances, and The Dallas Opera.

In the 2021-2022 season, Ms. Fang made her house debut at Opéra national de Paris as Susanna in Le nozze de Figaro, in a new production conducted by Gustavo Dudamel, and subsequently reprised the role both in a return to the Metropolitan Opera, conducted by James Gaffigan, and in her debut at the Matsumoto Festival in Japan. She also returned to Lyric Opera of Chicago as Pamina in Die Zauberflöte, and to Dutch National Opera for her role debut as Ännchen in Der Freischütz in a new production by Kirill Serebrennikov. On the concert stage, she joined the Metropolitan Opera Orchestra and Chorus under the direction of Yannick Nézet-Séguin for a special season-opening performance of Mahler’s Symphony No. 2. Additionally, she toured with Ensemble Pygmalion under the direction of Raphaël Pichon performing the music of Bach, made her debut at the Tanglewood Festival in Brahms’ Ein deutsches Requiem with the Boston Symphony Orchestra led by Andris Nelsons, and returned to the Verbier Festival both as the soprano soloist in Mozart’s Requiem led by Sir Simon Rattle and in her role debut as Oscar in Un ballo in Maschera led by Gianandrea Noseda.

In the 2020-2021 season, Ms. Fang made her house debut at both Dutch National Opera and Santa Fe Opera as Susanna in Le nozze di Figaro, a role she had also been scheduled to reprise at Lyric Opera of Chicago. In concert, she joined Dutch National Opera in a performance of Rossini’s Petite messe solennelle. Previously scheduled concert engagements included Haydn’s Creation with Music of the Baroque under the baton of Dame Jane Glover, as well as both Mahler’s Symphony No. 2 and Symphony No. 8 at the Mahler Festival in Leipzig, under the baton of Andris Nelsons.

A native of Ningbo, China, Ms. Fang is the recipient of the Martin E. Segal Award, the Hildegard Behrens Foundation Award, the Rose Bampton Award of The Sullivan Foundation, The Opera Index Award, and First Prize of the Gerda Lissner International Vocal Competition. In 2009, she become one of the youngest singers to win one of China’s most prestigious awards – the China Golden Bell Award for Music. She has been hailed as “the most gifted Chinese soprano of her generation” by Ningbo Daily.

Ms. Fang holds a Master’s degree and an Artist Diploma in Opera Study from The Juilliard School and a Bachelor’s degree from the Shanghai Conservatory of Music. She is a former member of the Metropolitan Opera’s Lindemann Young Artist Development Program.

“Ying Fang, the production’s Susanna, is already so sure in her instincts and so focused on her aesthetic goals that she can surmount any obstacle put in her path. For she gave a treasurable performance. The basic sound was pure and true; she colored it through judicious application of vibrato, as well as an alertness to the timbral implications of the Italian text, resulting in singing that was both deeply musical and full of character. This Susanna was never cute but always enchanting: any Figaro would be lucky to have such a woman as his bride. It would be a misnomer to call Fang “promising” — she is already a fully achieved performer. I personally can’t wait to hear more.”

“Ying Fang might well be the production’s best Shepherd since Kathleen Battle made her Met debut in the part when the production was new.”

“The youthful cast, led by the beguiling soprano Ying Fang in the title role, was excellent…. Ms. Fang brought a sweet, penetrating voice to Iphigénie, singing with an aching blend of vulnerability and dignity…. This performance feels like a gift to opera lovers.”

“The evening’s Iphigénie, Ying Fang, possesses a lyric soprano of such verdant beauty that she could merely exhibit it and score a success. But she showed real artistry, coloring her voice to fit her expressive intent at each moment; for instance, in her first-act scene “L’ai-je bien entendu?” musing on the supposed perfidy of her lover Achille, she shifted in a flash from amorous reverie to sorrowful anger, the voice retaining its inherent sweetness through it all. Fang’s stage deportment, too was that of an true artist. She made not one extraneous gesture, but in her bearing and marvelously expressive face rendered the princess’s sentiments viscerally comprehensible.”

“The young soprano Ying Fang is the sweet-voiced Barbarina, an age-appropriate match for Cherubino, whom she appears to win over by the end.”

“Everything about Ying Fang’s portrayal of Cleopatra suggested the likelihood of a sparkling future for the soprano. She negotiated coloratura with aplomb and, notably in “Piangerò,” spun out long-breathed phrases with an exceptionally tender tone; ornamentation was deftly, subtly applied. The voice was not large and thinned out in the low register, but the soprano’s vocalism exuded so much sureness and personality that she lit up the stage. She demonstrated equal confidence as an actress, every bit the coquette early on (emerging sexily from under the covers of a huge bed for the seduction scene), and just as persuasive when asserting her regality.”

“The Chinese-born soprano Ying Fang, in the first of three roles on this program, brought a warm, agile and appealing voice to Konstanze. … Ms. Fang, again impressive, brought vocal bloom and sassiness to Teresa, Cellini’s beloved….Ms. Fang, a star in the making, as the enterprising Adina.”

“The scores of minor parts were divided among dozens of singers. Among the more impressive performances were those of the soprano Ying Fang, in her Met debut, singing with pure, alluring tone as Mme. Podtochina’s Daughter and soaring effortlessly over the chorus as the Female Voice in the cathedral scene.”