From the Tölzer Knabenchor as a boy alto soloist to singing at major concert halls, festivals and opera houses, German bass-baritone Christian Immler is an unusually versatile artist with the rare ability to switch enthusiastically between the worlds of oratorio and opera. He studied with Rudolf Piernay at the Guildhall School of Music in London and won the International Nadia et Lili Boulanger Competition in Paris, launching his career.

In concert, he has immersed himself in the works of Handel, Haydn, Mozart, Mendelssohn, Mahler and, particularly, Bach, appearing all over world. Christian has worked with such conductors as Nikolaus Harnoncourt, Marc Minkowski, Christophe Rousset, Philippe Herreweghe, Ivor Bolton, Daniel Harding, Kent Nagano, James Conlon, Andrew Parrott, Michel Corboz, Masaaki Suzuki, Raphaël Pichon, Ottavio Dantone, Giovanni Antonini, Thomas Hengelbrock, Frieder Bernius, Rubén Dubrovsky, William Christie and Leonardo García Alarcón performing at places such as the Amsterdam Concertgebouw, the Sydney Opera House, the Salzburg, Aix-en-Provence and Lucerne Festivals and the BBC Proms. Recent highlights include a performance of Mendelssohn’s Elijah at the Gewandhaus Leipzig, a series of televised broadcasts of all of Bach’s major sacred works and a staged version of Mozart’s Requiem.

Alongside his concert work, Christian’s operatic career is flourishing. He starred as both Commendatore and Masetto in Don Giovanni with René Jacobs, Speaker in The Magic Flute with Christophe Rousset at Dijon Opera and with Raphaël Pichon at the Festival d’Aix-en-Provence (directed by Simon McBurney), Eremit with Laurence Equilbey and the Insula Orchestra in Freischütz in Brussels and the Theater an der Wien, Docteur Itard/Vicaire in the world premiere of Fénelon’s JJR (directed by Robert Carsen) and Dodo/Frog Footman/Mock Turtle in Unsuk Chin’s Alice in Wonderland at the Grand Théâtre de Genève. He has also sung Seneca in Poppea and the title role in Graupner’s Antiochus und Stratonica at the Boston Early Music Festival BEMF, Achis in David & Jonathas conducted by William Christie, Jupiter in Castor et Pollux with Raphaël Pichon at the Opéra Comique and Pharnaces in Zemlinsky’s Der König Kandaules at the Amsterdam Concertgebouw. In 2015 Christian recorded Steffani’s Niobe whose recording received a Grammy Nomination.

The 2019/20 season will see him sing Rocco in Beethoven’s Leonore with René Jacobs and the Freiburger Barockorchester and Freischütz at the Opéra de Rouen and the Théâtre des Champs-Elysées with Laurence Equilbey. He will head to the Opéra de Massy for Acis and Galatea before touring Europe with Masaaki Suzuki, touring France under the direction of Raphaël Pichon, performing with René Jacobs and Akamus in Berlin and then Beethoven’s 9th Symphony and Missa solemnis with the NHK Symphony Orchestra in Tokyo.

A keen recitalist, Christian has been invited to perform at the Wigmore Hall in London, the Frick Collection in New York, the Paris Philharmonie, the Salzburg Mozarteum, and the Tonhalle Zurich. An acclaimed Winterreise happened at the last minute in the Schubertiade Hohenems together with pianist Helmut Deutsch, a longtime partner with whom he released the album entitled Modern Times which was awarded both the ‘Diamant d’Opéra’ and the prestigious ‘Diapason Découverte’. Their latest CD, devoted exclusively to the newly discovered lieder of Hans Gál and displaying Christian’s  particular interest in 20th Century ʻEmigré Composersʼ will be released imminently. He collaborates regularly with Christoph Berner, Kristian Bezuidenhout and Danny Driver and alongside his impeccable Lied pedigree retains a soft spot for Leonard Bernstein and Cole Porter.

His more than 50 recordings have been awarded prizes such as a 2016 Grammy Nomination, the Echo Klassik, the Preis der Deutschen Schallplattenkritik, several Diapason d’Or, Diamant d’Opéra and France Musiques’ Enregistrement de l’année. Much in demand for worldwide masterclasses, Christian is Professor of Voice at the Kalaidos Fachhochschule in Zurich. He has taught the Lied and oratorio class at the International Summeracademy Mozarteum Salzburg on several occasions and in December 2019 will return to the International Nadia et Lili Boulanger Competition in Paris, this time as a member of the jury.

“Dominating the whole work, Christian Immler is Saul, whom he lives with singular intensity. Everything is there for this perilous role, where the king, imbued with his power, jealous, angry, calculating, dark in a murderous madness: voice sound in all registers, well stamped, projected at will. His dramatic commitment is exemplary.”

“Of the soloists, the highlight was Christian Immler, with noble timbre, even, frank delivery, warm phrasing, who presented a peerless Jesus.”

“Christian Immler fashions his Elijah based on humanity … A magnificent role portrait … One that shows a man and not a marble statue. One that is conveyed through song, not, as so often, through shouting. One, finally, that perfectly fits into the musical dramaturgy of Masaaki Suzuki.”

… an excellent performance of Handel’s early oratorio “La Resurrezione”: Karina Gauvin as the Angel and Christian Immler (a devilish Plutone in Campra’s underworld) as Lucifer.

… Finally, baritone Christian Immler deserves special mention, with a clear and warm tone, a voice of great malleability, reminiscent of the greatest.

Matching him was the bass Christian Immler (who I last saw in March as Hermit/Voice of Samiel in the Insula Der Freischütz in Aix), superbly strong in the ‘Tuba mirum’

The baritone Christian Immler shows himself in this varied programme to be a technically, musically and stylistically consummate interpreter. In the familiar Schubert and Brahms cycles, he has no need to hide behind any previous great artist. His voice is strikingly masculine, bass-grounded yet capable of tenoral splendour, the diction is exemplary, one can indeed understand every word. Emotional urgency is coupled with a deep intellectual understanding of the text.

Immler’s singing could easily hold its own in strict Belcanto terms. The artist is so convincing, above all through the sculpted text-relatedness of his interpretations, that one would be inclined to rank him with the likes of Dietrich Fischer-Dieskau, Dietrich Henschel or Christian Gerhaher. Immler’s stylistic breadth is impressive, his theatrical temperament inspiring, and all supported by the pianistic sovereignty of Helmut Deutsch.

This recital should propel Christian Immler – onetime alto in the Tölzer Knabenchor, sublime in the St John Passion conducted by Harnoncourt in 1985 – to the first ranks of his generation’s lieder singers… His superlative diction and the remarkable malleability of his line unite to offer an expressive, precise and unique contour to each song… In the Grosz and Eisler Ballads, he releases even more of his declamatory rhetoric and displays the full extent of his theatrical temperament…by all accounts, Helmut Deutsch also has a heck of a good time!

Immler offers sensitive and varied readings with deep feeling for the texts… His Bach-training is a good base for a Liedersinger. Also there is no lack of strength and capacity to negotiate even the most dramatic songs with admirable command. This issue becomes one of the best Lieder discs that have come my way in recent times. I praised Gerald Finley’s recent disc on Hyperion and here he has a worthy competitor. Die Loreley, which Finley doesn’t sing, gets a ravishing reading of a truly ravishing song. 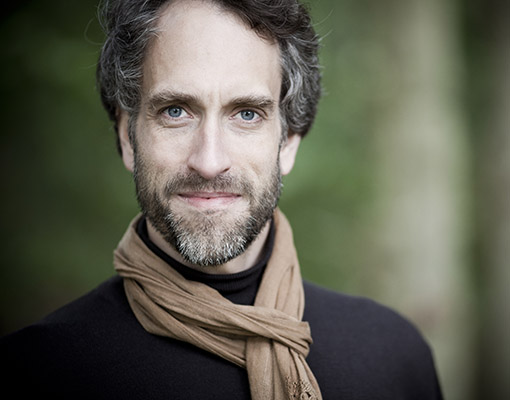 J.S. Bach: The Contest between Phoebus and Pan