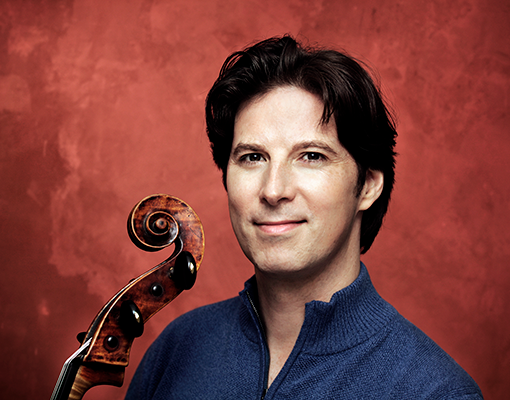 Daniel Müller-Schott is one of the most sought-after cellists in the world and can be heard on all the great international concert stages. For many years he has been enchanting audiences as an ambassador for classical music in the 21st century and as a bridge builder between music, literature and the visual arts. The New York Times refers to his “intensive expressiveness” and describes him as a “fearless player with technique to burn “.

Besides the performance of the main Cello Concertos from the Baroque to the modern era, Daniel Müller-Schott has a special interest in discovering unknown works and extending the cello repertoire, e.g., with his own transcriptions and through cooperation with contemporary composers.

Sir André Previn and Peter Ruzicka have dedicated Cello Concertos to him. Sebastian Currier’s “Ghost Trio” was premiered by Daniel Müller-Schott together with Anne-Sophie Mutter and Lambert Orkis at New York’s Carnegie Hall. For the Beethoven Year 2020, Daniel Müller-Schott premiered Jörg Widmann’s “Study about Beethoven” (6th string quartet) in Tokyo with Anne-Sophie Mutter & Friends. In January 2023, Daniel Müller-Schott will premiere another Cello Concerto dedicated to him by George Alexander Albrecht, together with the Staatskapelle Weimar under the baton of Marc Albrecht.

Building bridges between music, fine arts and literature is Daniel Müller-Schott’s artistic credo. The cellist developed a great affinity for the fine arts, particularly for 19th-century French painting. On his travels he plans visits to museums to see the great masters in the original. The cellist himself often takes part in art projects, such as the “Street Art” project in Munich, Berlin (ARTE), Melbourne 2016 and as artistic director of the Rügen Spring Festival. 2020 Daniel Müller-Schott participated in an exhibition project curated by the artist Daniel Man at the Binder Gallery in Munich.

Daniel Müller-Schott celebrates his 20th stage anniversary in the fall together with Julia Fischer in Bamberg, where the career of the two exceptional artists began: with the Bamberger Symphoniker and the Brahms Double Concerto. Both musicians will also perform the same program at the “Long Beethoven Night” at the Bonn Opera House. Another highlight will be the two concerts at the turn of the year with the Konzerthausorchester in Berlin under Alexander Shelley. In the fall, Daniel Müller-Schott will make another guest appearance in Australia, performing Dvořák’s Cello Concerto with the Sydney Symphony Orchestra. Further concerts are planned with the Copenhagen Philharmonic / Thomas Dausgaard, in Munich’s Isarphilharmonie with the Royal Philharmonic Orchestra / Vasily Petrenko, Asturias Symphony Orchestra / Ari Rasilainen, with the Zürcher Kammerorchester Orchestra and with Taiwan Philharmonic(NSO)/ Jun Märkl. The Leoš Janáček International Music Festival has invited Daniel Müller-Schott for a series of orchestral concerts, recitals and a master class. Lalo’s Cello Concerto will be performed by Daniel Müller-Schott with the NDR Elbphilharmonie Orchestra / Jukka-Pekka Saraste in its anniversary year. Trio tours take Daniel Müller-Schott through Europe together with Emmanuel Tjeknavorian and Anna Vinnitskaya as well as with Eldbjørg Hemsing and Martin Stadtfeld. The 2. Vevey Spring Classic Festival will take place in 2023.

Daniel Müller-Schott has been involved for many years in the project “Rhapsody in School”. He regularly gives master classes and helps to support young musicians in Europe, the USA, Asia and Australia.

In a career spanning more than twenty-five years, Daniel Müller-Schott has produced an extensive discography that has won international awards. This fall Daniel Müller-Schott will release his new chamber music CD with one of his long-time piano partners Herbert Schuch for the Munich Label ORFEO: Edvard Grieg Music for Cello – Cello Sonata | Transcriptions of Violin Sonata No. 3 and Songs.

Daniel Müller-Schott is regularly invited as a soloist in concert recordings and as an interview guest by national and international broadcasters as well as on TV stations ARD, ZDF, ARTE and 3Sat. Recently, at the Mecklenburg-Vorpommern Festival, Elgar’s Cello Concerto with BBC Symphony Orchestra / Dalia Stasevska was broadcast live on ARTE Concert.

Daniel Müller-Schott studied under Walter Nothas, Heinrich Schiff and Steven Isserlis. He was supported personally by Anne-Sophie Mutter and received, among other things, the Aida Stucki Prize as well as a year of private tuition under Mstislaw Rostropovich. At the age of fifteen, Daniel Müller-Schott won the first prize at the International Tchaikovsky Competition for Young Musicians in 1992 in Moscow.

Daniel Müller-Schott plays the “Ex Shapiro” Matteo Goffriller cello, made in Venice in 1727.

“To experience Daniel Müller-Schott’s intimate and instinctive understanding of the cello’s sound world throughout this wide variety of unaccompanied works is a completely compelling musical journey.”

“The magnetic young German cellist Daniel Müller-Schott administered a dose of adrenaline with a compelling performance of Haydn’s Concerto in C. Mr. Müller-Schott, a fearless player with technique to burn, made child’s play of the work’s difficulties. But even more impressive were his gorgeous, plush tone and his meticulous attention to expression.”

Guest soloist Daniel Müller-Schott, in his St. Louis debut, seems incapable of making a rough sound, even in the most driven passages. His technique was impeccable, his phrasing remarkable, his communication with Varga and the orchestra locked in from beginning to end with obvious chemistry. Three enthusiastic curtain calls resulted in an encore (Ravel’s “Habanera” for solo cello) that was a slow, soft, exquisite and sensuous delight. Let’s hope he returns soon.

“Muller-Schott was clearly the poet, playing so soulfully he added new depths to Dvorak’s heartfelt adieu to his first love. The first movement ached with agony and ecstasy, and Muller-Schott’s songlike phrasing enhanced the mood swings as well as the long stretch of solace in the Adagio. As the concerto neared its tumultuous end, his performance became spellbinding.”

“The high point, no doubt, was Tchaikovsky’s Variations on a Rococo Theme, as performed by German cellist Daniel Muller-Schott, in his Cleveland Orchestra debut…. Rarely does an artist — Muller-Schott, that is — captivate so quickly. Seconds after the cellist first applied his bow to his strings, one was taken by the special sound of his instrument: resonant, direct and rich, even at soft volumes…. Then came the actual performance, a paragon of virtuosity and grace. Interacting closely with the orchestra, Muller-Schott endowed each variation with its own personality, soaring here, frolicking there, and pausing regularly for moments of exquisite tenderness. Let’s just hope the pause between this and his next appearance isn’t long.”

“Perhaps it’s a cliché to say that an instrument sings, but when Daniel Müller-Schott plays the cello, it’s true — and downright operatic…. Well suited to the piece’s [André Previn’s Concerto for Cello and Orchestra] style, Müller-Schott called to mind violinist Joshua Bell in his lush, golden, well-projected tone, his charismatic presence and his ability to mine music for unabashed beauty.”

“Cellist Daniel Müller-Schott played with great virtuosity. He seemed to play in a meditative state, delivering an ardent and passionate reading.”

“Certainly, what we saw from Müller-Schott at this concert was close to stunning: it is remarkable how much his technical sophistication and control has advanced in a relatively few years, and just how warm and ravishing much of his tonal output is. There is much feeling but also tremendous refinement, shape and eloquence too.”

“There’s no shortage of fine young cellists, but Daniel Müller-Schott is one of the most impressive – his brilliant technique, ringing tone and persuasive musicianship combine to great effect.”

“”However, the timbre of the cello, played by soloist Daniel Müller-Schott, thrived with even more exuberance from his brilliant, tremendously modulated tone and dramatically shaped musical performance; he simply presented himself as a remarkably talented creator…”” 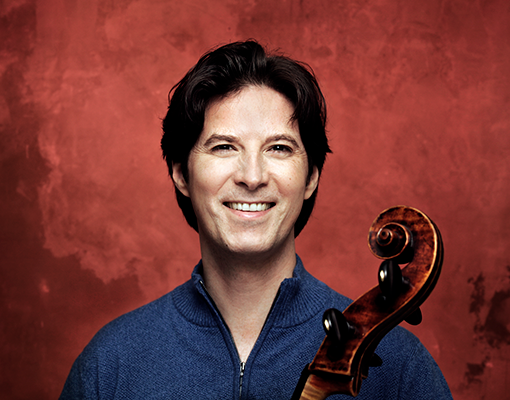 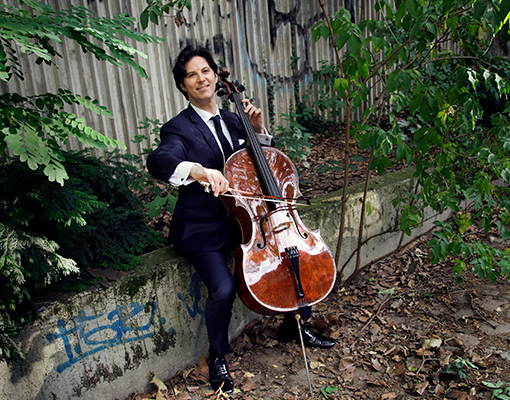 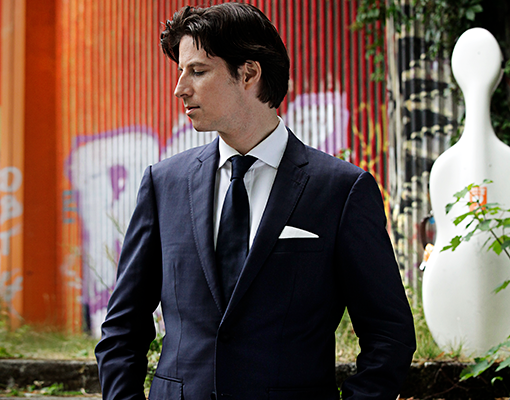 Daniel Müller-Schott is co-founder and co-artistic director of the new festival Vevey Spring Classic, along with Wilson Hermanto. The festival is dedicated to classical music, exceptional young talents, and the links between the arts. Its motto, "mentoring the future...

Daniel Müller-Schott's latest release Four Visions of France – French Cello Concertos is named “Concerto Choice” by BBC Music Magazine. Roger Nichols from the magazine writes, “Müller-Schott has the technique to project the disc’s multitude of moods and to move...