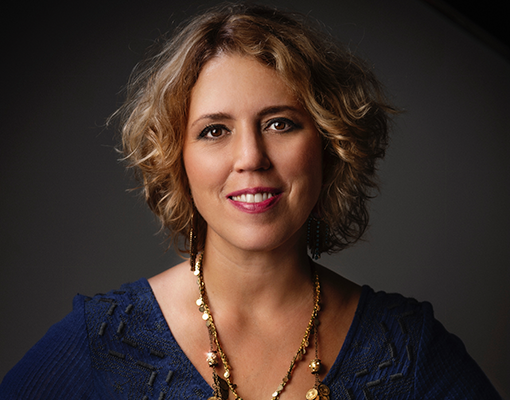 Recipient of the prestigious 2018 Heidelberger Frühling Music Prize, Montero’s recent and forthcoming highlights include debuts with the New World Symphony (Michael Tilson Thomas), Yomiuri Nippon Symphony in Tokyo (Aziz Shokhakimov), Orquesta de Valencia (Pablo Heras-Casado), and the Bournemouth Symphony (Carlos Miguel Prieto), the latter of which featured her as Artist-in-Residence for the 2019-2020 season. Montero also recently performed her own “Latin” Concerto with the Orchestra of the Americas at the Hamburg Elbphilharmonie and Edinburgh Festival, as well as at Carnegie Hall and the New World Center with the NYO2. Additional highlights include a planned European tour with the City of Birmingham Symphony and Mirga Gražinytė-Tyla; a second tour with the cutting edge Scottish Ensemble, this time with Montero’s latest composition Babel as the centrepiece of the programme; her long-awaited return to Warsaw for the Chopin in Europe Festival, marking 23 years since her prize win at the International Chopin Piano Competition; and return invitations to work with Marin Alsop and the Baltimore Symphony, Jaime Martin and the Orquestra de Cadaqués for concerts in Madrid and Barcelona, and Alexander Shelley and the National Arts Centre Orchestra of Canada.

Montero is also an award-winning and bestselling recording artist. Her most recent album, released in autumn 2019 on the Orchid Classics label, features her own “Latin” Concerto and Ravel’s Piano Concerto in G Major, recorded with the Orchestra of the Americas in Frutillar, Chile. Her previous recording on Orchid Classics features Rachmaninov’s Piano Concerto No. 2 and her first orchestral composition, Ex Patria, winning Montero her first Latin Grammy® for Best Classical Album (Mejor Álbum de Música Clásica). Others include Bach and Beyond, which held the top spot on the Billboard Classical Charts for several months and garnered her two Echo Klassik Awards: the 2006 Keyboard Instrumentalist of the Year and 2007 Award for Classical Music without Borders. In 2008, she also received a Grammy® nomination for her album Baroque, and in 2010 she released Solatino, a recording inspired by her Venezuelan homeland and devoted to works by Latin American composers.

Montero made her formal debut as a composer with Ex Patria, a tone poem designed to illustrate and protest Venezuela’s descent into lawlessness, corruption, and violence. The piece was premiered in 2011 by the Academy of St Martin in the Fields. Montero’s first full-length composition, Piano Concerto No. 1, the “Latin“ Concerto, was first performed at the Leipzig Gewandhaus with the MDR Sinfonieorchester and Kristjan Järvi, and subsequently recorded and filmed with the Orchestra of the Americas for the ARTE Konzert channel.

Winner of the 4th International Beethoven Award, Montero is a committed advocate for human rights, whose voice regularly reaches beyond the concert hall. She was named an Honorary Consul by Amnesty International in 2015, and recognised with Outstanding Work in the Field of Human Rights by the Human Rights Foundation for her ongoing commitment to human rights advocacy in Venezuela. She was invited to participate in the 2013 Women of the World Festival at London’s Southbank Centre, and has spoken and performed twice at the World Economic Forum in Davos-Klosters. She was also awarded the 2012 Rockefeller Award for her contribution to the arts and was a featured performer at Barack Obama’s 2008 Presidential Inauguration.

Born in Venezuela, Montero started her piano studies at age four with Lyl Tiempo, making her concerto debut at age eight in her hometown of Caracas. This led to a scholarship from the government to study privately in the USA and then at the Royal Academy of Music in London with Hamish Milne.

Gabriela Montero begins her two week tour with the City of Birmingham Symphony Orchestra this weekend, starting off at the Stadthalle Wuppertal in Germany on Saturday (14 May). After successful performances in Birmingham, Gabriela brings Tchaikovsky's Piano Concert...

Gabriela Montero will debut at Carnegie Hall tomorrow evening (18 March, 19:30). The programme features Schumann’s 'Kinderszenen', a selection of Chick Corea’s 'Children’s Songs' and Shostakovich’s Piano Sonata No. 2 in B Minor, Op. 61. Gabriela also takes to the...

“Montero’s playing had everything: crackling rhythmic brio, subtle shadings, steely power in climactic moments, soulful lyricism in the ruminative passages and, best of all, unsentimental expressivity”

“Montero galvanized the audience through her performances of Brahms, Lecuona, Ginastera and her own improvisations [formed by taking motif suggestions from the audience]. These spontaneous compositions are steeped in expression and feeling. The audience were dazzled by her impeccable displays of compositional excellence. Montero exposes the world’s loss of improvisation and virtuosic composition.”

“Montero’s playing had everything: crackling rhythmic brio, subtle shadings, steely power in climactic moments, soulful lyricism in the ruminative passages and, best of all, unsentimental expressivity”

“Gabriela Montero is a Venezuelan ball of fire […] she extracted more downhome sweetness from the lyrical parts of Grieg’s Piano Concerto in A minor than I have heard in a long time, but her attack was still tigerish when required. “

“Montero’s sound is almost miraculously sumptuous and luscious; her phrasing gives a sense of both extension and suspension. She played the noir-ish first movement with a cinematographer’s sense of light and shadow, while the second movement floated by in simple innocence, like the most beautiful pale-blue dream from your childhood. Montero’s masterfully improvised cadenzas in the first and second movement harken back to an era when such skill and creativity were the norm for concert pianists.”

“Montero played the piano part in the Piazzolla with crisp athleticism. In Mozart’s E flat Concerto, K449, her tone was rather more full and forceful, but the contrapuntal finale had irresistible rhythmic clarity. As a solo encore, Montero characteristically asked the audience for a tune she could play with and duly delivered a thunderously virtuosic set of improvisations on Twinkle Twinkle Little Star”

“Montero galvanized the audience through her performances of Brahms, Lecuona, Ginastera and her own improvisations [formed by taking motif suggestions from the audience]. These spontaneous compositions are steeped in expression and feeling. The audience were dazzled by her impeccable displays of compositional excellence. Montero exposes the world’s loss of improvisation and virtuosic composition.”

“Gabriela Montero demonstrated exceptional mastery, and seeing such music created in front of your own eyes was an absolutely unique experience… there are not many artists about whom it can truly be said that their talent borders on genius.”

“The piano recital by Gabriela Montero at the Vienna Konzerthaus was like a visit from outer space. First… the Venezuelan pianist immersed herself completely in the three interludes, Op 117 by Johannes Brahms – and then presented a massive version of Franz Liszt’s B minor Sonata, played already like music that was invented that very moment. Gruff and brooding in detail, with calm and overview of the architectural design Montero upheld an almost unbearable tension during the gigantic work…”

“Montero is the sort of artist whom classical music lovers should most appreciate. “ 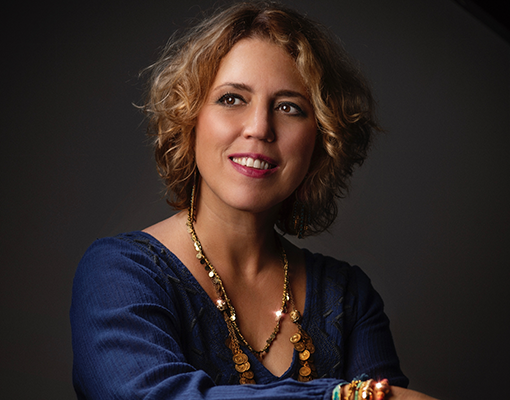 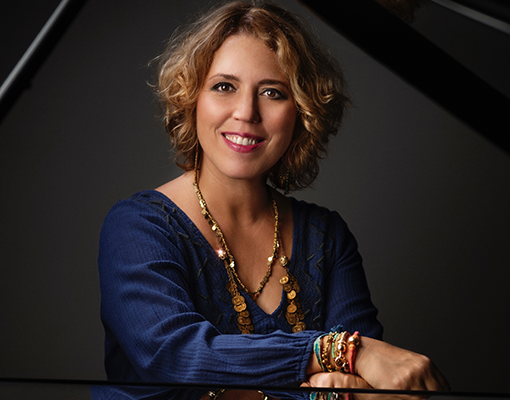 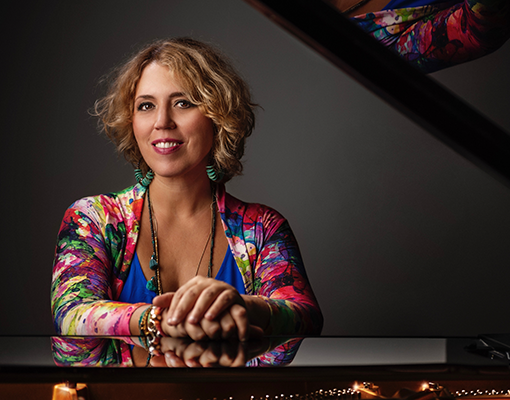 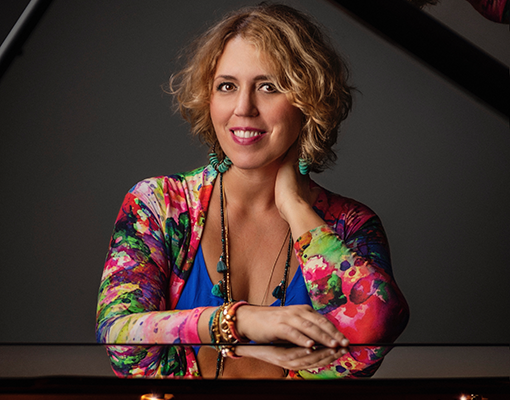 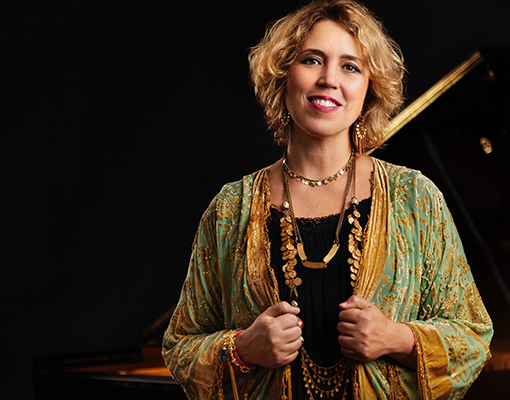 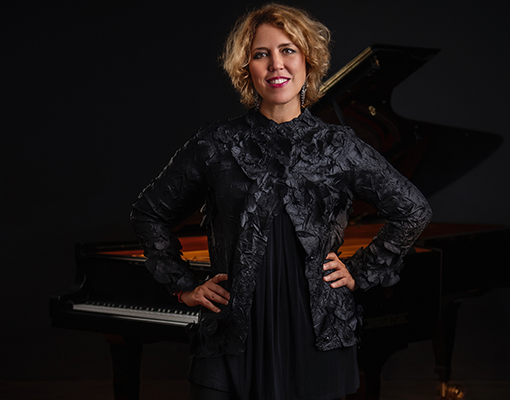 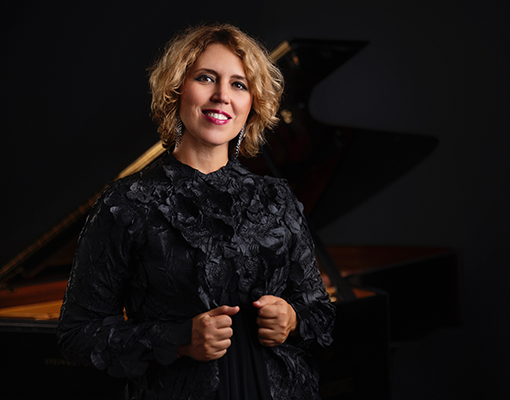 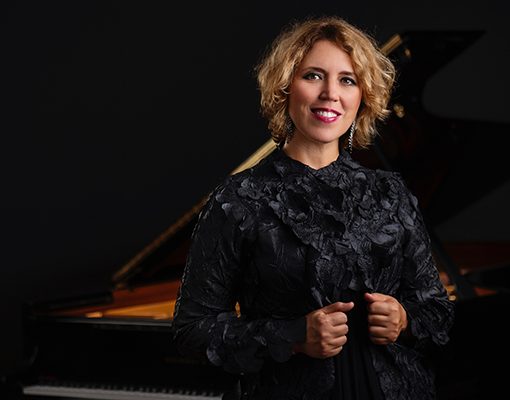 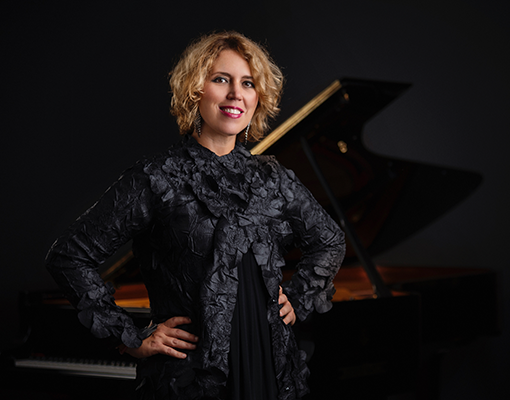 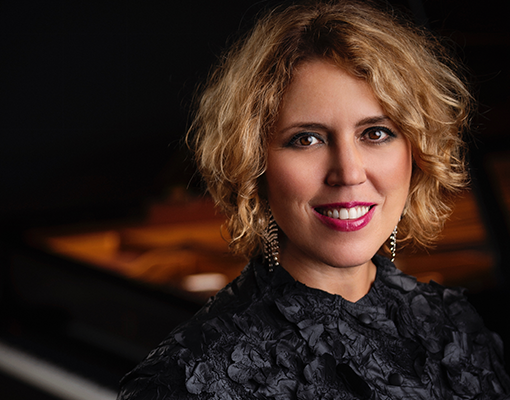 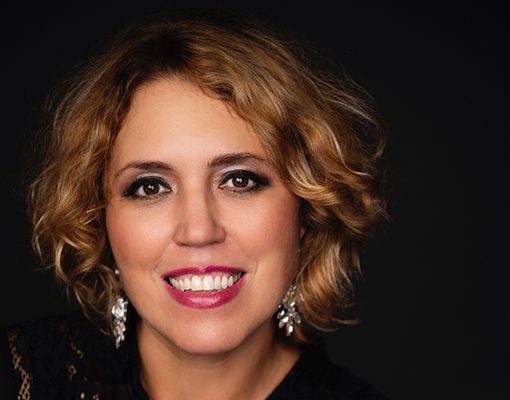 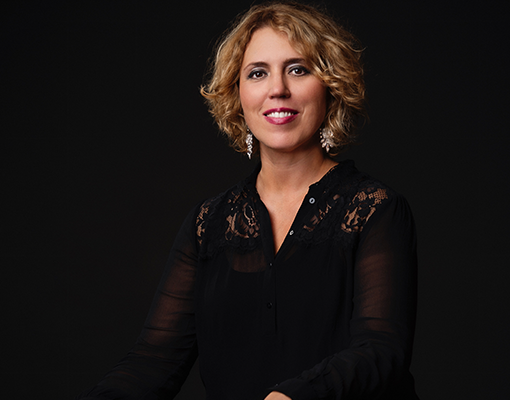 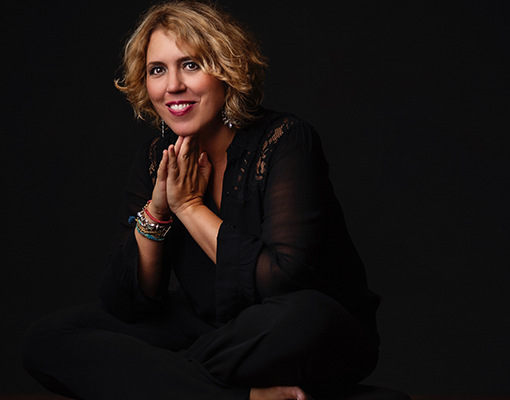 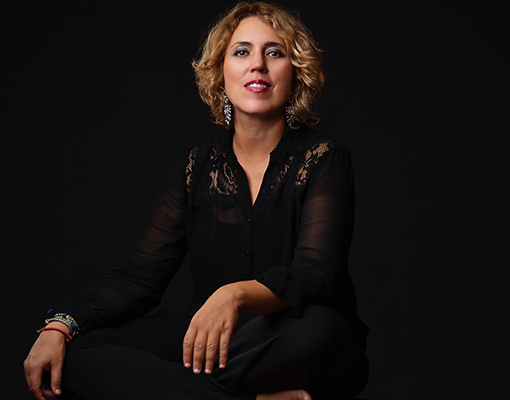 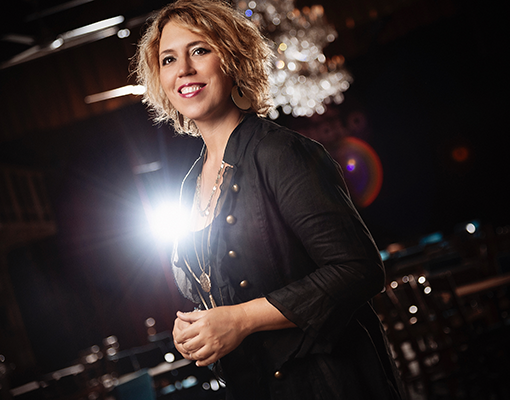 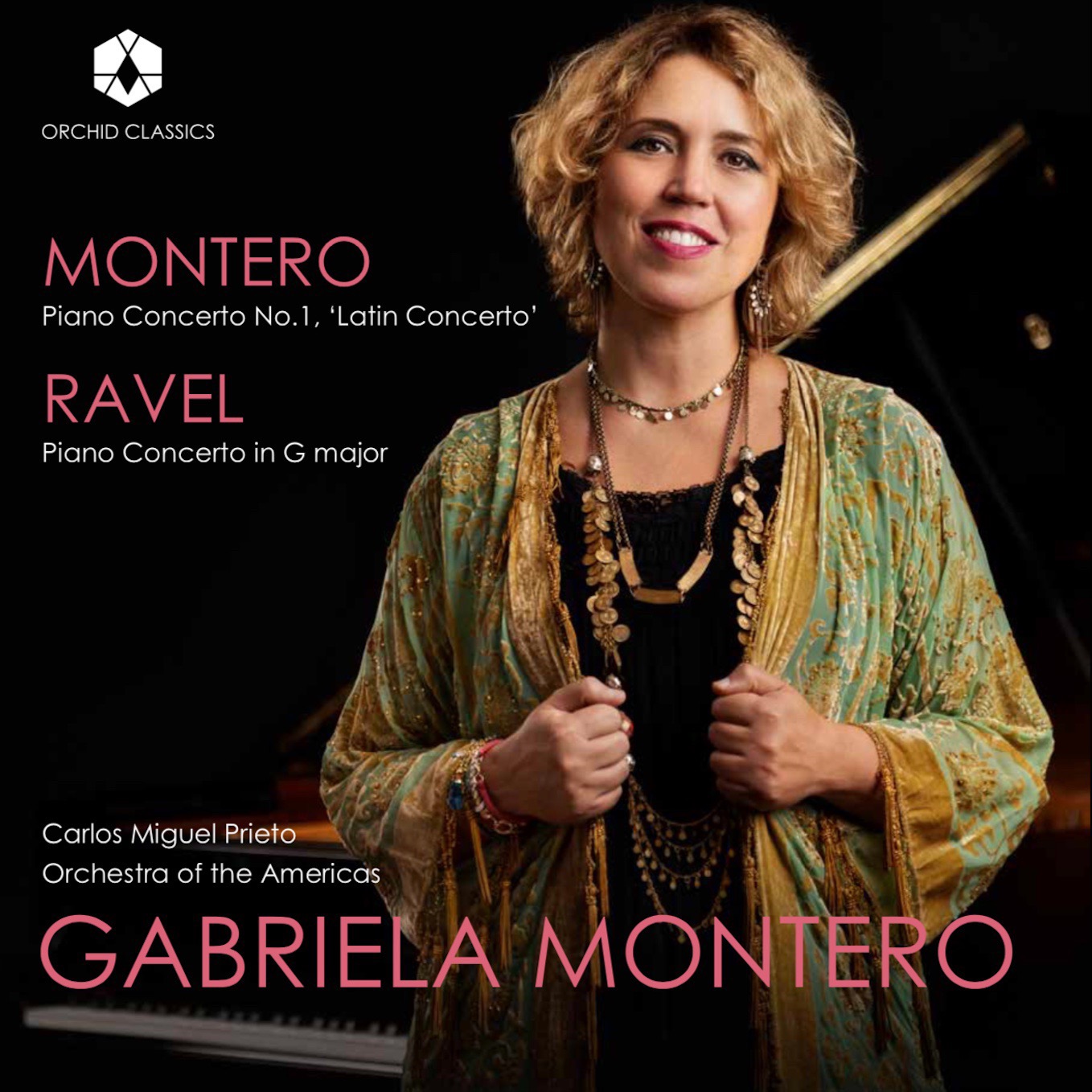 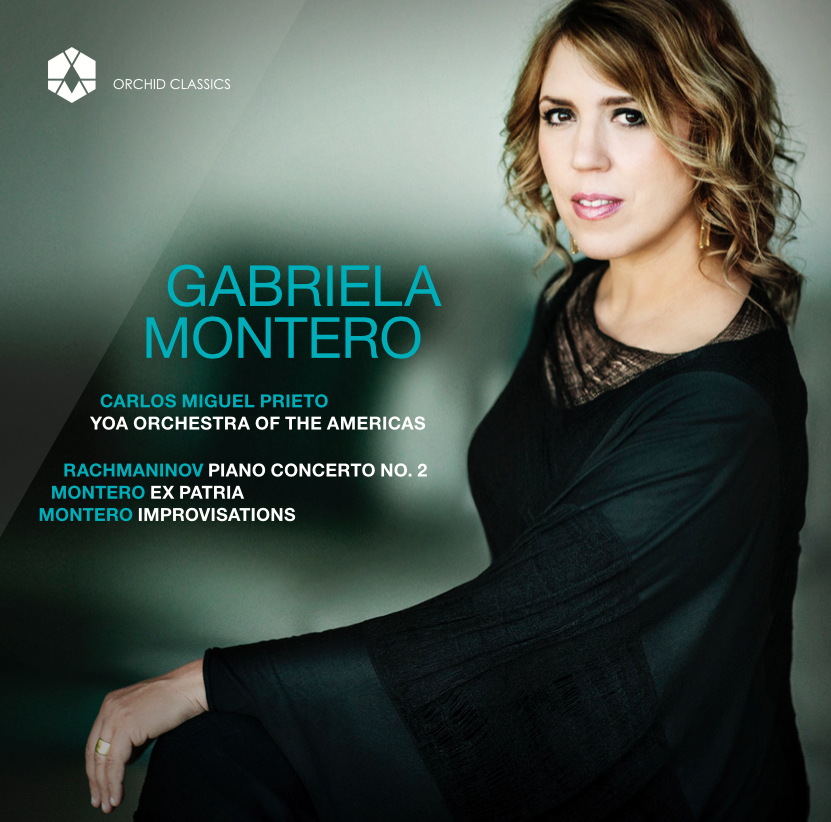