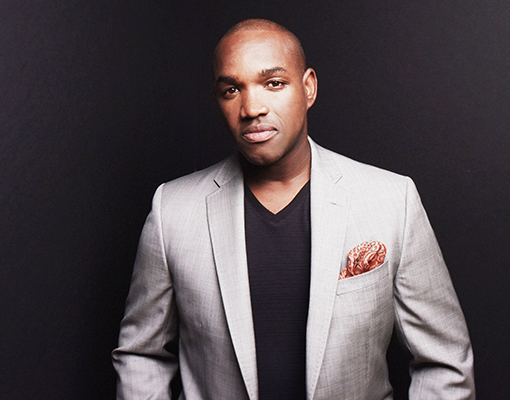 Lawrence Brownlee is a leading figure in opera, both as a singer on the world’s top stages, and as a voice for activism and diversity in the industry. Captivating audiences and critics around the globe, he has been hailed as “an international star in the bel canto operatic repertory” (The New York Times), “one of the world’s leading bel canto stars” (The Guardian), and “one of the most in-demand opera singers in the world today” (NPR).

In the 22-23 season, Brownlee performs a program with longtime friend, collaborator, and fellow Rossini expert Michael Spyres titled, “Amici e Rivali” at the Theatre des Champs-Élysées in January 2023, in addition to the premiere of an exciting new program titled “Rising” which will feature Brownlee and pianist Kevin J. Miller performing newly commissioned songs by composers Shawn Okpebholo, Damien Sneed, Joel Thompson, and others with texts drawn from James Weldon Johnson and other great Black writers of the Harlem Renaissance. “Rising” will be performed at venues across the U.S. including Carnegie Hall, the Kimmel Center, Calderwood Studio at GBH Boston, and the Schwartz Center for the Performing Arts at Emory University. He will make his role debut as Rodrigo in Rossini’s Otello as part of Opera Philadelphia’s Festival O22 in September 2022. In November, Brownlee will return to Lyric Opera of Chicago for the title role of Le comte Ory, and as Elvino in Bellini’s La Sonnambula at Teatro Real in Madrid in December. Brownlee will perform one of his signature Rossini roles as Count Almaviva in Il Barbiere di Siviglia at the Royal Opera House in Covent Garden in February 2023. Brownlee’s season ends with his return to the Metropolitan Opera as Tamino in a new production of Die Zauberflöte.

In spring 2021, Brownlee joined The Juilliard School as a Distinguished Visiting Faculty Member. He serves as artistic advisor for Opera Philadelphia, where his responsibilities include increasing and expanding audience diversity, advocating for new works, and liaising with the General Director from the perspective of a performing artist. “As an artist, I think it is important that we are actively advocating for this beautiful art form we love so much,” said Brownlee, “ensuring that it will be alive and well for many years to come.” Mr. Brownlee also serves as an Ambassador for Lyric Opera of Chicago’s Lyric Unlimited, and is an Ambassador for Opera for Peace. Highlights of Brownlee’s most recent past seasons include his role debut in the title role of Rameau’s Platée with Opéra National de Paris to great acclaim. Brownlee also participated in Washington National Opera’s “Come Home: A Celebration of a Return” concert to open The Kennedy Center’s 50th Anniversary Season and marking a return to live performance. In Fall 2021 Brownlee released a holiday mixtape with neo-classical pianist BLKBOK called “Angels Watching Over Me”. He made his role debut as Edgardo in Lucia di Lammermoor at New National Theatre Tokyo. In 2019-20 he added Fernand to his repertoire in a new production of Donizetti’s La Favorite with Houston Grand Opera.

Amidst the challenges of COVID-19, Brownlee emerged as a pivotal voice in classical music’s shift toward digital programming and the resurgence of conversations around racial justice.

A passionate advocate for diversity initiatives, Mr. Brownlee works with companies and engages civic organizations in the cities he visits to create programs and experiences seeking to expand opera audiences. His critically-acclaimed solo recital program Cycles of My Being, a song cycle that centers on the black male experience in America today, has toured extensively, including performances at Opera Philadelphia, Carnegie Hall, the Kennedy Center, and virtual broadcasts throughout 2020. Following the successful Lawrence Brownlee and Friends concert at Lyric Opera of Chicago in 2019, Brownlee performed Giving Voice at Houston Grand Opera, a concert created to celebrate Houston’s diverse community, and reprised his concert at Lyric with the virtual performance of Lawrence Brownlee and Friends: The Next Chapter in July 2020.

In May 2020, Brownlee launched “The Sitdown with LB,” a weekly Facebook Live series exploring the experience of being an African-American opera singer. The series featured Brownlee in conversation with renowned artists like George Shirley, Denyce Graves, Martina Arroyo, J’Nai Bridges, Angel Blue, and others. In 2021 Brownlee expanded the series to include a segment titled “Inside the Industry” where he shifted the focus to a behind-the-scenes look at the opera industry, speaking with leaders such as Diane Zola (Metropolitan Opera), Francesca Zambello (Glimmerglass and Washington National Opera), Anthony Tommasini (The New York Times), and Matthew Horner (IMG Artists). Since April 2020 he has also hosted the video series “Coffee and a Song,” in which he invites artist friends to perform interpretations of art-songs from the intimacy of their own homes, he also gave a Masterclass conversation-performance as part of National Sawdust’s Digital Discovery Festival.

With an ever-increasing presence in opera, recital, and concerts, Lawrence Brownlee has cemented his place as one of the top artists in classical music. He is a regular guest at the world’s most important opera houses including The Metropolitan Opera, Teatro alla Scala, Royal Opera House – Covent Garden, Bayerische Staatsoper, Staatsoper Unter den Linden, Deutsche Oper Berlin, Opéra national de Paris, Gran Teatre del Liceu, Teatro Real, Opernhaus Zürich, and Wiener Staatsoper. He is a fixture at the world’s top recital venues including Carnegie Hall, Wigmore Hall, and The Kennedy Center. His concert performances include collaborations with The Cleveland Orchestra, Chicago Symphony Orchestra, The Philadelphia Orchestra, The San Francisco Symphony, Amsterdam’s Concertgebouw, Orchestra dell’Accademia Nazionale di Santa Cecilia, and the festivals of Baden-Baden and Salzburg.

Brownlee is the fourth of six children and first discovered music when he learned to play bass, drums, and piano at his family’s church in Hubbard, Ohio. He was awarded a Masters of Music from Indiana University and went on to win a Grand Prize in the 2001 Metropolitan Opera National Council auditions. Brownlee is a winner of numerous awards and distinctions including “Male Singer of the Year” (2017 International Opera Awards), the Kennedy Center’s Marian Anderson Award, and the Opera News Award (2021). In October 2019, he had the distinct honor of singing at Jessye Norman’s funeral in her hometown of Augusta, Georgia.

“With his sweet tone, fastidious pitch, and poetic phrasing, Brownlee made familiar fare sound intriguingly fresh, banishing, for a moment, the ghosts of Caruso and Pavarotti.”

“He sang with agility, elegance and Rossinian style, tossing off high notes and roulades…this was a winning performance for an increasingly important artist.”

“With his sweet tone, fastidious pitch, and poetic phrasing, Brownlee made familiar fare sound intriguingly fresh, banishing, for a moment, the ghosts of Caruso and Pavarotti. “

“He sang with agility, elegance and Rossinian style, tossing off high notes and roulades…this was a winning performance for an increasingly important artist.”

“And there’s no better Rossini tenor today than Brownlee. The musical filigree that Almaviva has to maneuver through is so difficult to bring off without sounding winded that HGO added his final aria to “happy marriage” that’s usually cut in performance because nobody else but Brownlee can sing it. He sailed through it with sweet, powerful joy.”

“And tenor Lawrence Brownlee, all too rarely showcased on record, will have done his reputation no end of good with this finely, sensitively modulated showing.”

“Lawrence Brownlee, stylish and sweet-toned, is similarly untroubled by the high D flat in his aria’s precipitate dying fall.”

“While the judges deliberated, the tenor Lawrence Brownlee, fresh from his successful run in the Met’s production of Rossini’s Armida and a Met National Council Auditions winner 10 years ago, sang splendid accounts of Nadir’s confession of love from Bizet’s Pearl Fishers and the showstopper ‘Ah! mes amis’ from Donizetti’s Fille du Régiment, complete with ringing, effortless high Cs.” 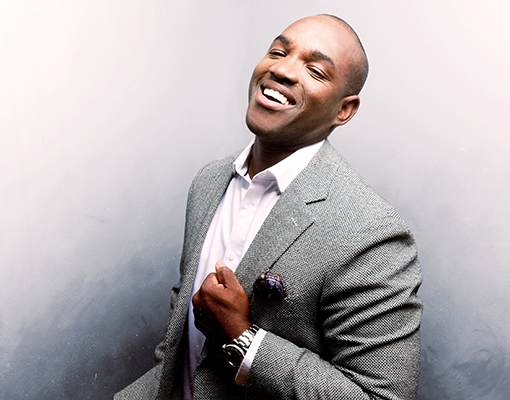 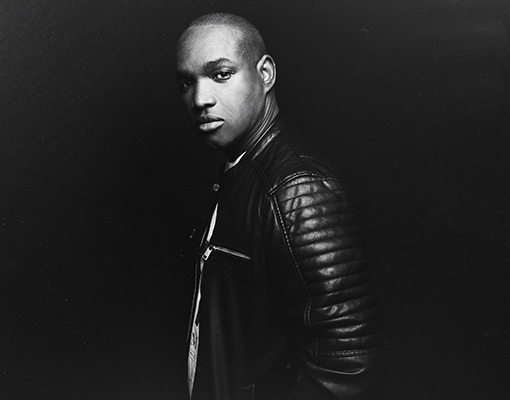 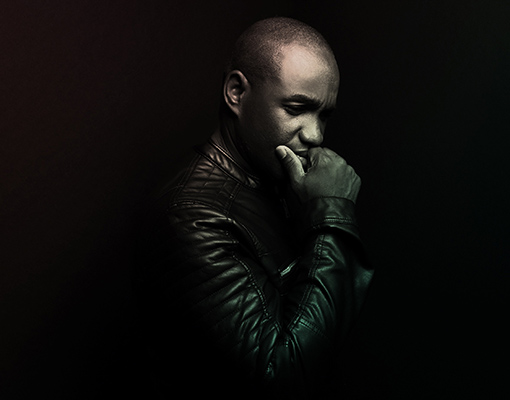