Associate Conductor of the Symfonieorkest Vlaanderen

Belgian conductor Martijn Dendievel is the winner of the 2021 German Conductors’ Award and the first Conductors’ Academy of the Tonhalle-Orchester Zürich, as well as a laureate of the LSO Donatella Flick Competition. In June 2022, he became a prizewinner at the first International Conducting Competition Rotterdam.

Passionate about discovering lesser-known works in addition to the main repertoire, he currently serves as Associate Conductor of Symfonieorkest Vlaanderen (Flanders Symphony Orchestra) and was Principal Guest Conductor of the Academic Orchestra Halle from 2016 to 2020.

He regularly appears with orchestras and theatres such as Symfonieorkest Vlaanderen, Teatro Comunale Bologna and Philharmonie Zuidnederland, amongst others. In the current season, Martijn will make his debut with the Tonkünstler-Orchester Wien, Orchestra Sinfonica Siciliana, Orchestre Philharmonique Royal de Liège, Sinfonia Varsovia, Gävle Symfoniorkester, Robert Schumann-Philharmonie Chemnitz, and will return to the WDR Sinfonieorchester Köln, Antwerp Symphony Orchestra, Hofer Symphoniker, and the Belgian National Orchestra. In recent years he has conducted renowned orchestras such as the Royal Concertgebouw Orchestra, London Symphony Orchestra, Gürzenich Orchester Köln, Staatskapelle Weimar, and the Rotterdam Philharmonic.

Growing up in family of musicians, he showed a great interest for music during his childhood and took his first musical steps on the violin at the age of three. A few years later, he switched to the cello and started playing the recorder, percussion, and the harpsichord. As an instrumentalist, he gained orchestral experience in various youth orchestras, and has performed in halls such as the Konzerthaus Berlin, the Concertgebouw Amsterdam and BOZAR in Brussels.

At the age of 14 he was exceptionally admitted to the Royal Conservatory in Brussels, where he obtained a bachelor’s degree in music theory with distinction, whilst studying cello with Jeroen Reuling. Martijn then moved to Germany to study conducting at the HfM FRANZ LISZT Weimar with Prof. Nicolás Pasquet and Prof. Ekhart Wycik. He graduated with distinction in 2022 and has organized several projects in Weimar, including his successful ‘Festival for Minimal Music Weimar’ to celebrate Steve Reich’s 80th birthday. He became a fellow in the Forum Dirigieren of the German Music Council, which now supports him as ‘Maestro von Morgen’.

Martijn has received mentoring from Bernard Haitink and Paavo Järvi, amongst others. He also received significant support from encounters with Christian Thielemann, Iván Fischer, Edo de Waart and Simone Young.

“First you heard the breathtaking silence of the audience and then an applause broke out, a standing ovation of minutes, after Martijn Dendievel’s debut as conductor in the Concertgebouw Amsterdam.

“Something was about to happen here that would be talked about for a long time to come. Not so much about the works themselves, but about that unknown young conductor’s approach to those works, his collaboration with the orchestra members, with the soloists, the fusion, his expressive facial expression, his meticulous recording…

“Mark my words: our young Flemish conductor made history this afternoon. He immediately placed himself in the long line of world-renowned conductors who took to the stage of the Concertgebouw Amsterdam and gave legendary concerts. And yes, I would like to call this Schubert version legendary. An extremely rare visionary interpretation, full of emotion, openness, catchy solos that flow into each other in the greatest harmony.

“Martijn Dendievel, remember the name. He is one of those rare great conductors.” 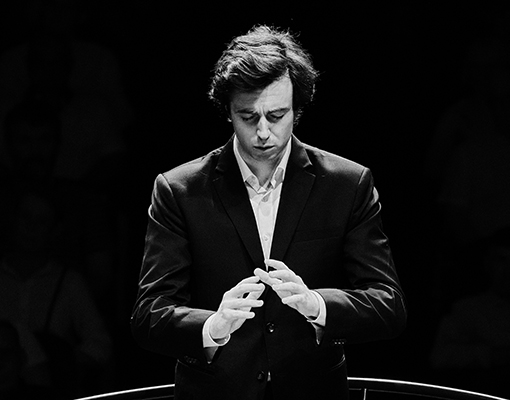 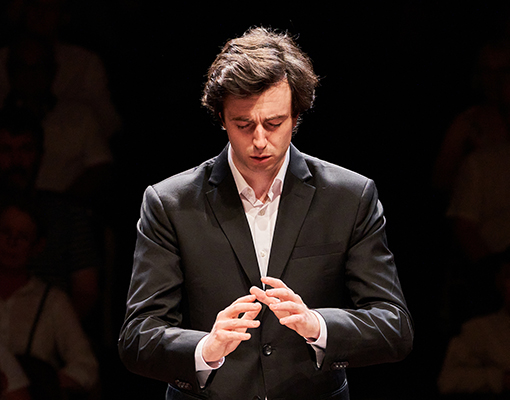