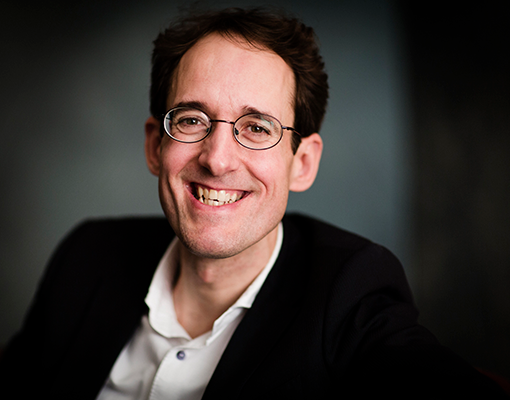 Hailed as one of the most passionate conductors of his generation, Pablo González is currently in his fourth season as the Principal Conductor of the Spanish Radio and Television Symphony Orchestra (RTVE) and Artistic Adviser to the Orchestra and Choir, appearing regularly at Madrid’s Teatro Monumental. Pablo previously served as Music Director of the Orquestra Simfònica de Barcelona I Nacional de Catalunya (10/15).

During his tenure with the orchestra, Pablo conducted a vast array of repertoire including full Mahler and Schumann cycles; led a central European tour including a highly successful appearance at Vienna’s Konzerthaus; recorded and released three volumes of orchestral works by Enrique Granados, and Bizet’s Carmen and L’Arlesienne suites (Naxos); and championed many new pieces by Catalan and Spanish composers. While in Barcelona, Pablo’s involvement with opera and choral music was also remarkable, strengthening the relationship with Barcelona’s Teatre Liceu with titles such as Strauss’ Daphne, Wagner’s Rienzi, Mozart’s Die Zauberflöte, and Puccini’s Il tabarro, as well as all of Mahler’s orchestral lieder. Pablo also brought the orchestra back to the streets of Barcelona, reappearing at the popular “Festes de la Mercé”, and he led “Et toca a tu”: a mould-breaking social and collaborative project, bringing the musicians of the OBC together with children from neighborhoods at risk of social exclusion.

Russian and German symphonic repertoire of 19th century features most prominently among Pablo’s core repertoire. He has received widespread acclaim from audiences and critics for his interpretation of music by Mahler, Strauss, Tchaikovsky, Shostakovich, Prokofiev, Mussorgsky, Rimsky-Korsakov, Stravinsky, Schumann and Brahms. Pablo has also delivered passionate interpretations of symphonic works by Nielsen, Dvořák and Berlioz.

Pablo enjoys a flourishing guest conducting career and has established several close relationships, including with the Helsinki Philharmonic, Orchestre Philharmonique Royal de Liège, The Deutsche Radio Philharmonie Saarbrücken Kaiserslautern, Dresden Philharmonic, The Hallé in Manchester, Warsaw Philharmonic and Orchestra della Svizzera Italiana. Most distinguished recent debut highlights are in Scandinavia with Lahti and Stavanger Symphony; in Germany with the Hamburg Symphony Orchestra; in the United Kingdom with the Royal Philharmonic Orchestra and City of Birmingham Symphony Orchestra; in the Netherlands with Residentie Orkest in The Hague; and in Switzerland with Sinfonieorchester Basel among others.

Future highlights include returns to Amsterdam’s Concertgebouw and The Hague’s Zuiderstrandtheater with the Residentie Orchestra; Philharmonie de Paris debut with the Orchestre National d’Ile de France and return collaboration with Orchester Musikkollegium Winterthur.

Recent seasons were also dominated by a strong German presence, including debuts and return visits with some of Germany’s foremost symphony orchestras, taking Pablo to key venues such as Berlin’s Konzerthaus with The Konzerthausorchester Berlin; Cologne’s Philharmonie with Gürzenich-Orchester Köln; Großer Sendesaal des Hessischen Rundfunk with Frankfurt Radio Symphony; and Kulturpalast with Dresden Philharmonic. For his debut with Dresden Philharmonic, Sächsische Zeitung wrote: “both orchestra and conductor transform Manuel de Falla’s ballet suites into a brilliant and richly contrasting declaration of love to happiness, cheerfulness and fearlessness”. For his return to Gürzenich-Orchester Köln, Kölner Stadtanzeiger commented “Pablo González rendered Schumann’s filigrane score with equal precision and expression”, and Opernfreund noted that “Pablo González’s vehement conducting was effectively accurate and succeeded in getting across a wide variety of emotions, bewitching the audience”.

Born in Oviedo, Pablo studied at the Guildhall School of Music and Drama in London, and first captured international attention with his victories at the Donatella Flick and Cadaqués International Conducting competitions. Pablo has previously served as Principal Guest Conductor of the Orchestra of the City of Granada and as Assistant Conductor of the London Symphony Orchestra.

Following a highly successful debut with Bochumer Symphoniker in 2020, Pablo González returns to Germany for his debut with Hamburg Symphony on the 10 and 14 Feb, performing Lalo's Symphony Espagnole op. 21 and Brahms' Symphony No. 2 in D major, Op. 73. The concert on...

Conductor Pablo González returns to the podium of Helsinki Philharmonic Orchestra for the third time on 27 October. Joined by pianist Yeol Eum Son, making her debut with the orchestra, he will conduct Szymanowski’s beloved Sinfonia concertante for piano and orchestra...

Pablo González, Principal Conductor and Artistic Adviser to the Orchestra and Choir, and the Spanish Radio and Television Symphony Orchestra (RTVE) have announced their thrilling 2020/21 season. The season explores revolutionary moments throughout musical... 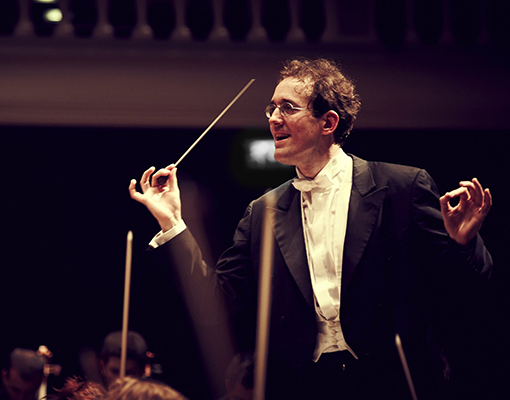 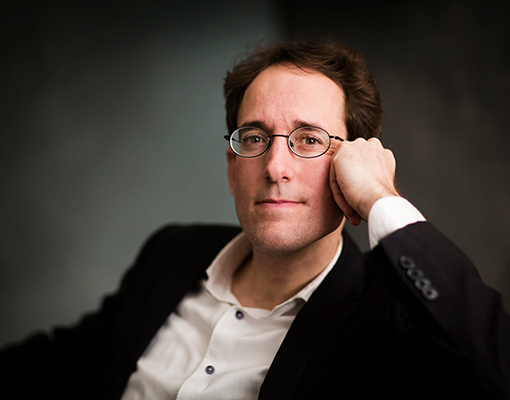 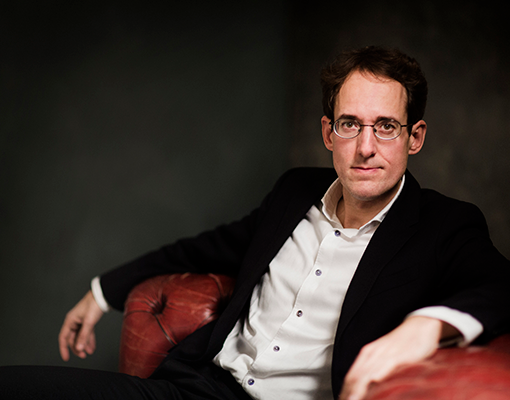 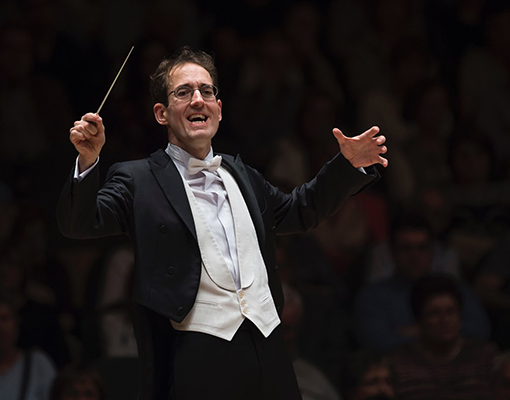 “Despite the number of performers and the rich instrumentation, Pablo González managed to maintain both the coherence and the unity of the narrative, achieving good balance with the singers, clarity of texture and providing an excellent design, allowing the very inspired members of the Orchestre Nationale d’Île-de-France to shine in the solo and the tutti passages.”

“Spanish conductor Pablo González succeeded from the start in achieving the perfect articulation for Prokofiev’s folk-inspired melodies. […] Under his baton, the basses’ purring guided the modelling of the landscapes. He showed an impressive control of the orchestra during the grandiose rides, to the vertiginous sound of the trumpet, and the stormy passages, as well as throughout the more sombre and melodramatic passages, reminiscent of Mahler’s. He managed to keep the balance between solemnity and the characters’ progress, even without the support of Eisenstein’s images. […] Pablo made good the score’s greatness, be it when illustrating events, nature or ideas. He let the music run its crazy course as if he were watching a silent film and going along with it, which prevented his giving in to stress or extravagance.”

“González’s merit is that he creates a musical cosmos in which the music breaths and swells, he allows the dialogue between the orchestra sections and its soloists and he is able to connect with the audience. Not many conductors are capable of such a feat.”

“With his debut conducting the Hamburg Symphony Orchestra, Pablo González unleashed two repertoire classics and set the scene with a homogeneous, yet transparent approach combined with a flawless sound. A real discovery of this guest conductor!”

“On Thursday night, we could experience yet another exquisite program in SSO’s main series, connecting Ligeti’s work Lontano from 1967 with Berg’s Seven Early songs from 1906-8 and with Strauss’ Also sprach Zarathustra from 1895. (….)

Performing it (Ligeti’s Lontano) convincingly is difficult for most orchestras. The interpretation of SSO under Pablo Gonzalez was utterly compelling. (…) It was an organic performance (of Berg’s Seven Early Songs), with elaborate playing from the orchestra and lots of fine detail work. (…) The interpretation (of Also sprach Zarathustra) didn’t fall into mere episodes; instead, it illuminated the long harmonic line with which Strauss connects the nine chapters from Nietzsche’s novel.”

“With his virtuosic baton technique, impulsive sign language, and evident empathy, Gonzalez made a convincing contribution to this music. Russian themes, along with those of dreams, were the headline. Moody expanse was created in the Adagio, with a folk-like horn sound, followed by the darting, graceful Scherzando and a sweeping waltz. Even the final, counterpoint-adorned, rapid dance with its banal closing bars came together, under Gonzalez’s direction, in harmonious unity. A perfect Russian evening.”

“[Pablo González] provided the score [Madama Butterfly] with a symphonic feel that greatly benefited the musical discourse. Ample and varied dynamics, richness in timbre and a deep engagement from the Oviedo Filarmonía were all key elements.”

“González and the Bochum Symphony Orchestra found an approach [to Berlioz’s Death of Cleopatra] that got under the skin. By the end of the piece the public was rightly enthusiastic and cheering everyone involved.”

“Even in the problematic acoustics of the City Theatre, González was able to bring the qualities of this orchestra to light. His conducting is highly descriptive, the smallest accents of the hand, suggestive gestures, sometimes even of the whole body, transfer directly to sound and musical character.”

“The Frankfurt Radio Symphony Orchestra was clearly blown away by its spirited guest conductor Pablo González. With clear gestures and rhythmic finesse, he interpreted a convincing sound panorama with the very gifted orchestra. The orchestra were alert, performing on the edge of the chair and absorbed every energetic impulse of its tireless conductor. Fabulously dynamic…”

“The man on the podium quickly became united with his Rhineland musicians through an exposition of powerfully emphatic and accentuated manoeuvres. He struck into the orchestra with his beats, ducked as smoothly as the springing sound of his strings – a successful warm-up for the orchestra.”

“Pablo González’s vehement conducting was effectively accurate and succeeded in getting across a wide variety of emotions, bewitching the audience.”

“A successful debut… Both orchestra and conductor transform Manuel de Falla’s ballet suites into a brilliant and richly contrasting declaration of love to happiness, cheerfulness and fearlessness.”

“Here, guest conductor Pablo Gonzalez also proved his qualities: in the Scherzo movement, he kindled southern heat, sharply emphasising the rhythms and dances, as if these were actually Finnish pieces from Spain, and in the finale you could feel the atmospheric timbre with your hands. Nerve-shattering tremolo were followed by relentless beats, sudden crashes, and dark tones. In a wide arc, and with a long breath, the musicians and conductor created a colourful and captivating interpretation, which once again clarified why this concert by the Wüttembergischen Philharmonie Reutlingen has been sold out for so long. Orchestral music is such a pleasure.”

“…González gave the CBSO its head in an account as attentive to detail as to the fantasia-like structure. Not its least attraction was a thoughtful approach to the coda, tender and affecting without a hint of that sentimentality such as Mussorgsky would have abjured.(…) González (conducting without score) audibly enjoyed conducting it in the acoustic of Symphony Hall. (…) the music’s unity and cumulative impact was never in doubt as it took in (inter alia) an irascible ‘Gnomus’, seismic ‘Bydlo’ and plangent ‘Catacombae’ prior to a vaunting ‘Baba Yaga’ then a ‘Great Gate of Kiev’ that built steadily and securely to its resplendent close. Job well done.”

“Splendid job, that of Pablo González (Oviedo, 1975) during the first of the two concerts of this season’s 5th programme of the ROSS (Royal Symphony Orchestra of Seville). The Asturian conductor succeeded in molding the orchestra according to each composer’s style, offering a compelling performance of the three pieces”.

“And last, but not least, on the honour roll, the extraordinary work of the Oviedo-born conductor Pablo González (1975). To each his own, and in this concert, and for the whole programme, he gets the highest place on the podium. It’s just fair”.