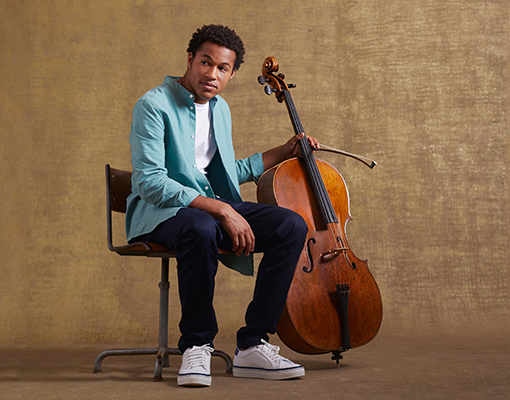 Sheku Kanneh-Mason is managed in association with Enticott Music Management

Sheku Kanneh-Mason is already in great demand from major orchestras and concert halls worldwide. He became a household name in 2018 after performing at the wedding of the Duke and Duchess of Sussex at Windsor Castle, his performance having been greeted with universal excitement after being watched by nearly two billion people globally. Sheku initially garnered renown as the winner of the 2016 BBC Young Musician competition, and subsequently became a Decca Classics recording artist. His latest album, Song, showcases his lyrical playing with a wide selection of arrangements and collaborations. Sheku’s 2020 album Elgar reached No. 8 in the main UK Official Album Chart, making him the first ever cellist to reach the UK Top 10. Sheet music collections of his performance repertoire along with his own arrangements and compositions are published by Faber.

Since his debut in 2017, Sheku has performed every summer at the BBC Proms, including in 2020 when he gave a breath-taking recital performance with his sister, Isata, to an empty auditorium due to the Covid-19 pandemic. He was selected to appear in the coveted role as guest soloist at the 2022 Last Night of the Proms with the BBC Symphony Orchestra.

A graduate of London’s Royal Academy of Music where he studied with Hannah Roberts, Sheku was appointed in May 2022 as the Academy’s first Menuhin Visiting Professor of Performance Mentoring. He is an ambassador for the Juvenile Diabetes Research Foundation, Future Talent, and Music Masters.  Sheku was appointed a Member of the Most Excellent Order of the British Empire (MBE) in the 2020 New Year’s Honours List. He plays a Matteo Goffriller cello from 1700 which is on indefinite loan to him.

The 2021 Gramophone Awards Shortlist is announced, and IMG Artists congratulates our nominees for their extraordinary performances and recordings. This year, the awards will be announced in an online ceremony presented by pianist Isata Kanneh-Mason and Gramophone...

The BBC Proms are Back!

The BBC Proms are back! The world’s biggest classical music festival features six weeks of live music from 30 July through 11 September. The 52 concerts will be performed in front of live audiences, and be broadcast on BBC TV and radio channels, BBC Sounds and...

Sheku Kanneh-Mason will make his Royal Stockholm Philharmonic Orchestra debut on Thursday, 18 February. He will perform Dvořák’s passionate Cello Concerto, conducted by Nathalie Stutzmann. The concert, which also features Tchaikovsky’s Symphony No. 5, will be streamed...

“[Kanneh-Mason’s] own cadenzas have compelling musical logic, his pianissimos were magical, his encore arrangement of a Jewish folksong spellbinding; … you aren’t ever going to hear this Haydn concerto more engagingly performed.”

“Many of the enthusiastic audience had clearly come to see last year’s BBC Young Musician winner, the cellist Sheku Kanneh-Mason. They were rewarded with a stylish performance as the soloist in Haydn’s Cello Concerto in C (Hob VIIb/1). In the central adagio, Kanneh-Mason balanced expressive singing tone with careful, instinctive, dynamic shading. He took the allegro molto at fearless, breakneck speed, the passage work impressively controlled. A solo encore was further testimony to his prodigious gift, and his arrangement of a traditional Jewish song was plangent and subtly elaborated.”

“Kanneh-Mason is a player who makes you tune in to every nuance of articulation, every subtle shading, every eloquent turn of phrase. Here, joined for this same concerto by his fiercely talented peers in the National Youth Orchestra, he showed us why he won the competition. He performed with urgency and bite, impeccable technique and, in the second movement, exquisite line as the cello sang its sotto voce hymn to the night.”

“Technically superb and eloquent in his expressivity, he held the capacity audience spellbound with an interpretation of exceptional authority.”

“Last year’s BBC Young Musician winner, Sheku Kanneh-Mason, returned to the scene of his victory with the same work, the Russian composer’s First Cello Concerto. Digging in with gripping attack yet also plenty of nuance, he showed what a remarkable musician he already is, bringing other-worldly tone to the haunting slow movement and displaying mature musicianship in his handling of the extended cadenza”

“Kanneh-Mason gave an astonishingly assured performance. The strength of Kanneh-Mason’s approach was that it was so nuanced; this, plus his technical command, led to a memorable account.” 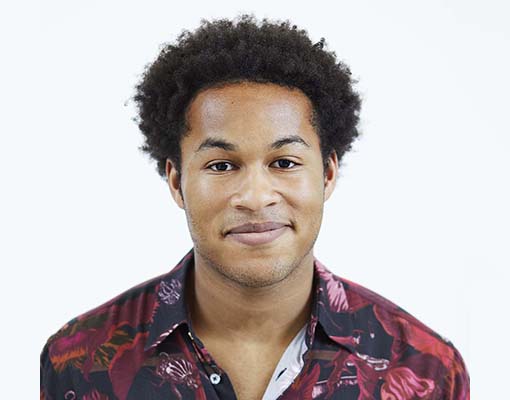 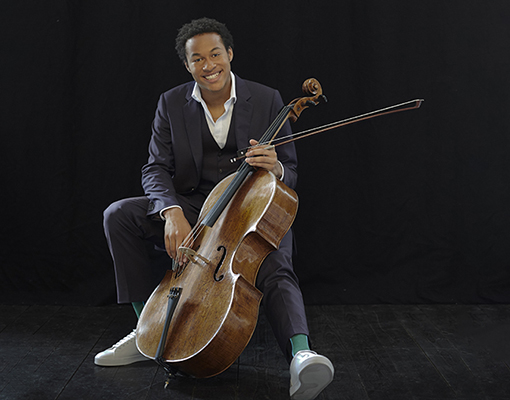 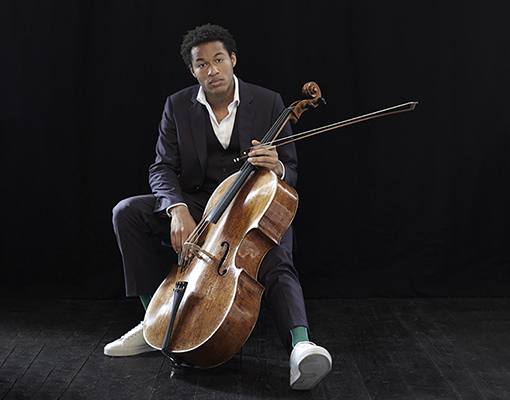