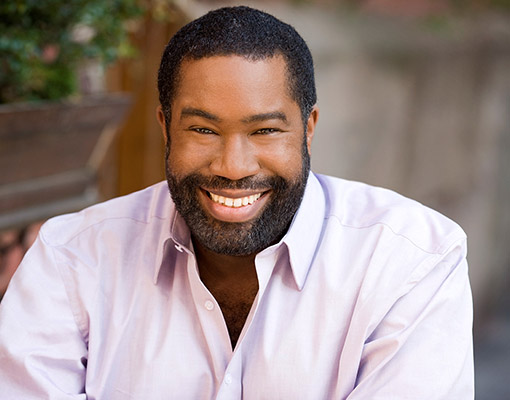 Bass-baritone Eric Owens has a unique reputation as an esteemed interpreter of classic works and a champion of new music. Equally at home in orchestral, recital, and operatic repertoire, Mr. Owens brings his powerful poise, expansive voice, and instinctive acting faculties to stages around the world.

In the 2022-2023 season, Mr. Owens returns to the Metropolitan Opera as Emile Griffith in James Robinson’s new production of Champion, conducted by Yannick Nézet-Séguin, and to Los Angeles Opera as Raimondo in Simon Stone’s production of Lucia di Lammermoor. He also debuts at the Wiener Staatsoper in Wagner’s heroic Ring Cycle, first as Wotan in Das Rheingold and Die Walküre, and as the Wanderer in Siegfried, conducted by Franz Welser-Möst. Additional operatic engagements include King Marke at the Los Angeles Philharmonic and Opéra National de Paris in a multimedia production of The Tristan Project, led by conductor Gustavo Dudamel and director Peter Sellars. Concert engagements include performances of Mozart opera excerpts with the Philadelphia Orchestra, conducted by Nathalie Stutzmann.

In the 2021-2022 season, Mr. Owens returned to the Metropolitan Opera as both Philippe II in Sir David McVicar’s new production of Don Carlos, conducted by Yannick Nézet-Séguin, and Porgy in James Robinson’s Grammy Award-winning production of Porgy and Bess, conducted by David Robertson. He also returned to Santa Fe Opera as King Marke in Tristan und Isolde. On the concert stage, he joined the Philadelphia Orchestra for performances of Beethoven’s Missa Solemnis, also conducted by Nézet-Séguin, both in Philadelphia’s Verizon Hall and at Carnegie Hall. He sang Vodnik in concert performances of Rusalka with the NDR Elbphilharmonie Orchestra, led by Alan Gilbert.

In the 2020-2021 season, Mr. Owens performed Sarastro in The Magic Flute at the Glimmerglass Festival, while serving as Artist in Residence for the festival’s Young Artist Program. He also sang in a pop-up concert in New York City alongside other soloists and members of the Metropolitan Opera Chorus and Orchestra, led by Yannick Nézet-Séguin.

Mr. Owens’s career operatic highlights include both Alberich and Hagen in the Metropolitan Opera’s Ring cycle; Wotan and the Wanderer in Lyric Opera of Chicago’s Ring cycle directed by Sir David Pountney; Orest in Patrice Chereau’s production of Elektra conducted by Esa-Pekka Salonen at the Met; the title role of Der Fliegende Höllander and Stephen Kumalo in Weill’s Lost in the Stairs at Washington National Opera; his San Francisco Opera debut in Otello conducted by Donald Runnicles; his Royal Opera, Covent Garden, debut in Norma; Vodnik and Porgy at Lyric Opera of Chicago; the title role in Handel’s Hercules with the Canadian Opera Company; Ramfis in Aida at Houston Grand Opera; Die Zauberflöte for his Paris Opera (Bastille) debut; and the title role of Macbeth at the Glimmerglass Festival.

Mr. Owens has been recognized with multiple honors, including the Musical America’s 2017 Vocalist of the Year award, 2003 Marian Anderson Award, a 1999 ARIA award, second prize in the Plácido Domingo Operalia Competition, the Metropolitan Opera National Council Auditions, and the Luciano Pavarotti International Voice Competition. He serves on the Board of Trustees of both the National Foundation for Advancement in the Arts and Astral Artistic Services.

“Owens’ idiomatic use of the text went beyond the typical big-operatic moment, turning the scene into a startlingly intimate outpouring of a being who has been all-powerful until this very moment, when he must exile his favorite daughter. The sense of resignation was monumental in singing that was disarmingly quiet but audible, thanks to his rhetorical conviction – though conductor Smith didn’t always hold back the orchestra.”

“The towering bass-baritone Eric Owens … was magnificent in “Lost in the Stars.” Mr. Owens triumphed in the lead role of Stephen Kumalo. [His] complete identification with Kumalo comes through in every moment of his searing portrayal. … Mr. Owens’ delivery of the spoken lines, touched with a South African accent, was nuanced and powerful … It was unbearably moving.”

“Owens’ idiomatic use of the text went beyond the typical big-operatic moment, turning the scene into a startlingly intimate outpouring of a being who has been all-powerful until this very moment, when he must exile his favorite daughter. The sense of resignation was monumental in singing that was disarmingly quiet but audible, thanks to his rhetorical conviction – though conductor Smith didn’t always hold back the orchestra.”

“The towering bass-baritone Eric Owens … was magnificent in “Lost in the Stars.” Mr. Owens triumphed in the lead role of Stephen Kumalo. [His] complete identification with Kumalo comes through in every moment of his searing portrayal. … Mr. Owens’ delivery of the spoken lines, touched with a South African accent, was nuanced and powerful … It was unbearably moving.”

“Based on Alan Paton’s anti-apartheid novel “Cry, the Beloved Country,” this hybrid of opera and music theater is ideally served by Tazewell Thompson’s sensitive, understated production; the splendid Glimmerglass chorus, made up of the company’s apprentice artists; and especially the towering, heartfelt performance of Eric Owens, this summer’s artist-in-residence. … His huge, lyrical bass-baritone expresses the boundless optimism of “Thousands of Miles” and the raw pain of the title song; his body, hunched in shame before the father of the man his son has killed, is equally eloquent. He makes Maxwell Anderson’s text seem dignified and formal, not stilted. “

“Mr. Owens quickly established his ability to wrap his deep voice around a text and create a distinct sense of character. You had to admire not only the nuanced tone he brought to Wolf’s ‘Three Poems by Michelangelo’ but the thoughtful mingling currents of reverence and passion as well. Otherworldly qualities of a darker sort informed Schumann’s ‘Muttertraum’ and ‘Der Schatzgräber,’ and in Schubert’s ‘Prometheus’ Mr. Owens maintained a perfect balance of dignity and rage. Other complexities, both emotional and technical, illuminated his readings of the French songs. In Debussy’s ‘Beau Soir’ and ‘L’Âme Évaporée’ he wove a strand of resignation through the music’s ravishing surface textures. His French set also included an elegant, supple account of Henri Duparc’s ‘Invitation au Voyage’ and a courtly (if virtually parody free) interpretation of Ravel’s ‘Don Quichotte à Dulcinée.’ “

“American bass-baritone Eric Owens speaks to you even in his silences…. and shakes you when he sings.”

“Eric Owens (Alberich) sang with mastery that would be at home in any Wagnerian golden age. “

“The chief glory of this production is Eric Owens’s performance as Alberich.”

“Eric Owens, now one of the greatest bass-baritones in the world, was sublime as crazy Alberich.”

“Owens, an American marvel, has been hitting on all cylinders lately with triumphs around the world in the Sellars-John Adams ‘Doctor Atomic’ (as Gen. Leslie Groves) and as a show-stealing Alberich in the Metropolitan Opera’s new ‘Das Rheingold.'(Chicago Symphony Orchestra music director Riccardo Muti handpicked the Philadelphia native to sing Lodovico in Verdi’s ‘Otello’ next month in Chicago and at Carnegie Hall.) He triumphed with intense and telling morning-time offerings of Hugo Wolf’s Michelangelo songs and Schumann’s towering ‘Dichterliebe’ at the Mayne Stage event, which marked his Chicago recital debut. A post-broadcast encore of Leporello’s Catalogue Aria from Mozart’s ‘Don Giovanni’ (complete with hilarious and never overdone stage movement) made one eager to see him in a full recital and back at Lyric in more roles. “

“During the Met’s new “Rheingold” last season, Mr. Owens proved an Alberich for the ages.”

“The breakout performance here is by bass-baritone Eric Owens, who as Porgy commands the stage with a warm, sympathetic voice and presence.”

“Bass Eric Owens’s debut as Porgy is an act of possession, marked by velvety tone and disarming emotional candor. “

“The great exception is Porgy, the work’s emotional heart, powerfully played on Saturday by Eric Owens…If the characters in this opera tend to be two-dimensional, it’s easy to make Porgy simply a saint, but Owens kept an eye on his humanity, and sang gorgeously.”

“What happened at the opening was an exhilarating, consistently excellent presentation, headed by Eric Owens as Porgy. It’s a long way from Gershwin’s Catfish Row to Wagner’s Walhalla, but my money is on Owens traversing the distance. He sang the role of the crippled beggar…with an inner power and stunning beauty of tone.”

“Owens has an opera singer’s ability to conceive of each song as an expression from an individual person. Within the compass of his deep, rich tone lies a reserve of gentleness as well as power. Not the kind of voice that focuses sharply on a pitch, this one is broad and open; while only medium in agility, it is surprisingly flexible in shading a wide range of volume…. Artistry of such gentility is rare, the more so from a voice whose nature wants to be big and burly, but whose owner has other plans.”