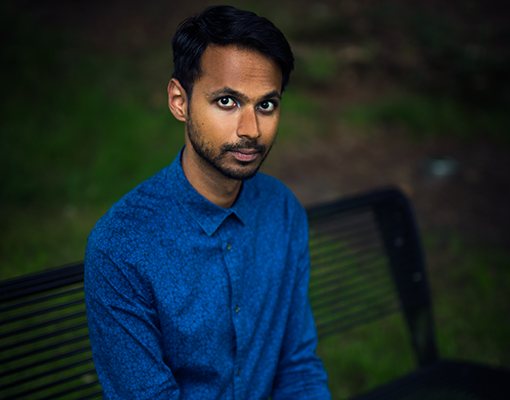 Further ahead, Manoj will return to Dutch National Opera’s Opera Forward Festival in 2024 and make their co-creation and conducting debut at La Monnaie (Brussels) the year after; both engagements will be new creations in collaboration with Het Geluid Maastricht. An extensive operatic engagement with the Orchestra of the 18th Century is planned for 2023.

As musical director and co-creator of FAUST [working title], Manoj debuted at Dutch National Opera in 2020 alongside director and co-creator Lisenka Heijboer Castañón, conducting the Netherlands Philharmonic Orchestra. Manoj and Lisenka joined forces again at DNO in March 2022, leading a team of creatives in the new collective work I Have Missed You Forever with co-producer Asko|Schönberg. Recent London debuts were with the Philharmonia Orchestra, conducting Anna Thorvaldsdottir’s Entropic Arrows and Liza Lim’s How Forests Think in a Music of Today concert within the Southbank Centre’s SoundState Festival, and with the Royal Philharmonic Orchestra in a family programme which included Bartók’s Romanian Dances, Ravel’s Bolero, and excerpts by Rimsky-Korsakov, Grieg, Saint-Saëns and Bizet.

Other recent symphonic engagements include conducting tours across The Netherlands with Phion (formerly Het Gelders Orkest/Het Orkest van het Oosten) of Louise Farrenc’s Symphony 3 in 2021, as well as eleven staged performances of Corrie van Binsbergen’s De Liefste Wens in 2022; a tour with The Netherlands Student Orchestra (Wagner, Stravinsky’s The Rite of Spring and new work by Rick van Veldhuizen) taking them to Luxembourg, Germany and all major Dutch concert halls including the Concertgebouw; and symphonic programmes with orchestras including the BBC Philharmonic and Brussels Philharmonic.

Contemporary music has always been a cornerstone of Manoj’s career. Manoj conducted Louis Andriessen’s colossal work De Tijd for large ensemble and choir at the Royal Conservatory (The Hague) as a tribute to the late composer which was also broadcast on Dutch TV in autumn 2021. Manoj marked their US debut with the semi-staged première of MILA, Great Sorcerer by Andrea Clearfield at New York’s Prototype Festival 2019 with The Knights and the New York Virtuoso Singers. They recently conducted major premières at November Music Festival (Seung-Won Oh’s YeonDo, Calliope Tsoupaki’s Liknon), as well as conducting the première and tour of Hilda Paredes’ Harriet commencing at the Amsterdam Muziekgebouw in 2018. This production, featuring soprano Claron McFadden, MuziektheaterTransparant and HERMESensemble, was subsequently performed at the Cervantino Festival (Mexico), Huddersfield International Contemporary Music Festival, Rotterdam Opera Days, Théâtre de la Croix-Rousse (Lyon), and de Singel (Antwerp). Manoj has worked at the Festival d’Aix-en-Provence, co-creating and leading the European tour of the chamber opera Be With Me Now, and with the Dutch Touring Opera on a new production of Purcell’s The Fairy Queen together with De Veenfabriek and Combattimento.

Manoj held the coveted post of Junior Fellow in Orchestral Conducting at the Royal Northern College of Music in Manchester from 2015-2017, mentored by Sir Mark Elder, and has participated in masterclasses with a.o. Bernard Haitink, Carlo Rizzi and Vasily Petrenko. 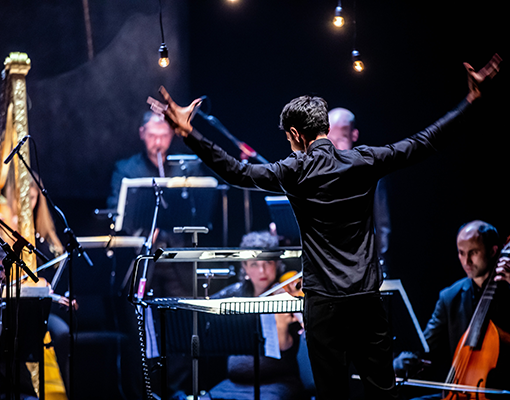 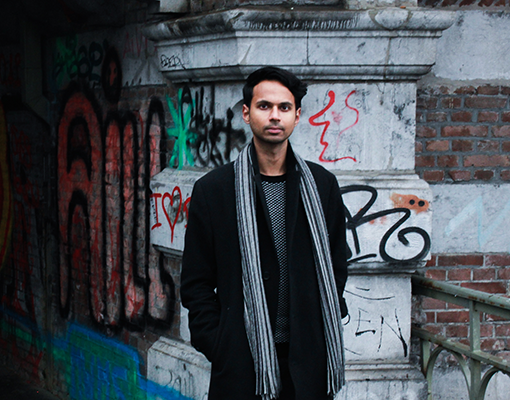 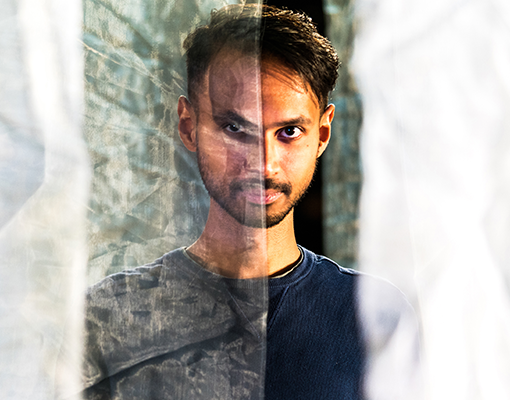 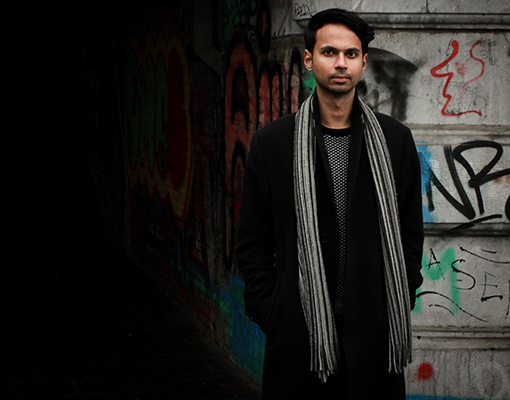 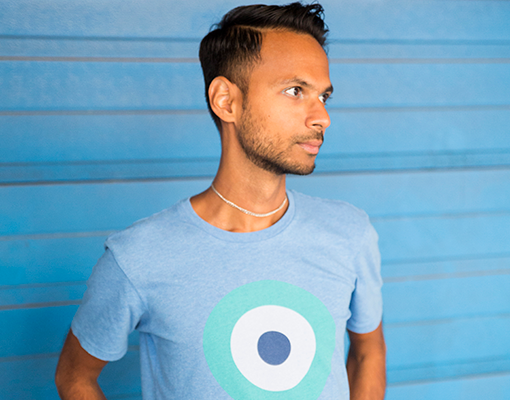 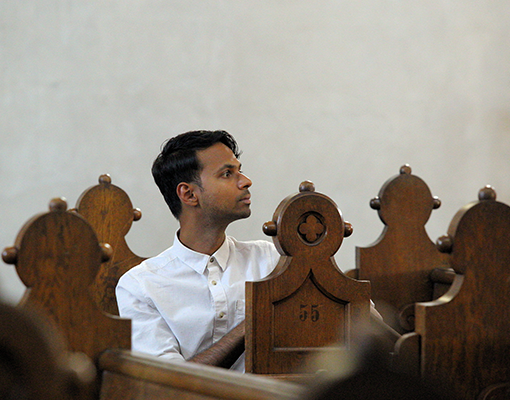 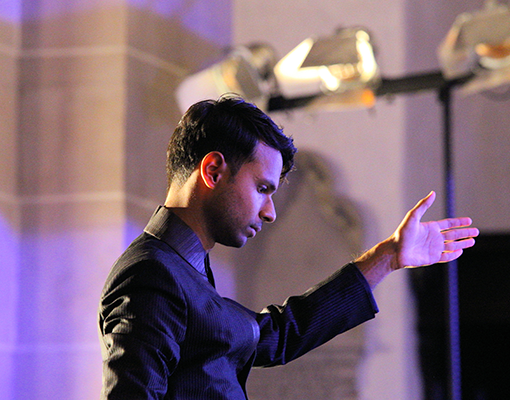 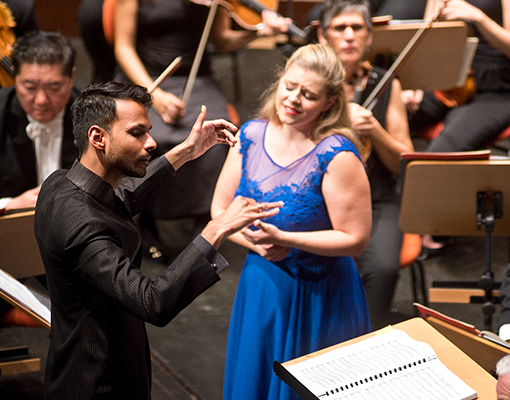 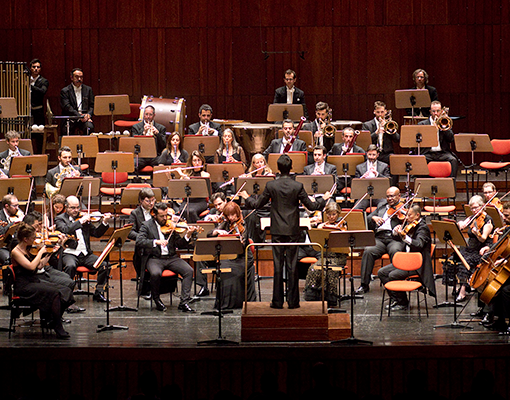 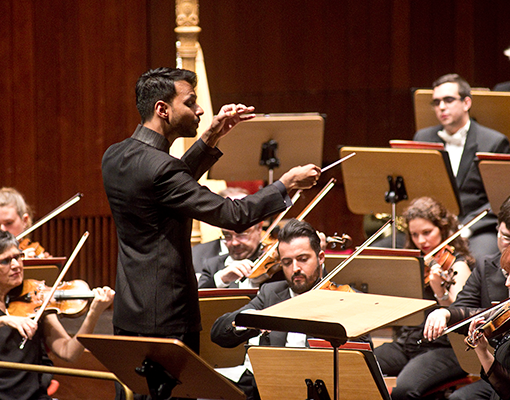 Manoj Kamps opens their 2022/23 season with a much-anticipated return to Opera North UK to conduct Verdi’s La Traviata, marking their second production at the house following a hugely successful debut in 2019 working alongside Christian Curnyn on Handel’s Giulio...

Manoj Kamps conducts Philharmonia Orchestra in a Music of Today concert on Sunday 3 April, 18:00 as part of the Southbank Centre’s SoundState Festival. The programme features Anna Thorvaldsdottir’s Entropic Arrows and Liza Lim’s How Forests Think (with Wu Wei as solo...

Manoj Kamps returns to the Dutch National Opera as co-creator and conductor of I have missed you forever. Directed by Lisenka Heijboer Castañón and featuring co-producers Asko|Schönberg ensemble in the pit, the new opera will premiere on 12 March 2022 at the...

“the orchestra was led by Manoj Kamps who expertly guides this compelling narrative as a rollercoaster of emotions through music” [La Traviata, 2022]

“I was lucky to be in front of the conductor for the evening, Manoj Kamps. The passion showed in their direction of the orchestra was a pleasure to witness and displayed the sensitivity and passion required in order to bring out the lyrical lines and passionate themes of Verdi’s work. Manoj brought out the finest sounds that we have come to expect from the Opera North orchestra.” [La Traviata, 2022]

“Manoj Kamps with convincing tempi and dynamic conducted the Orchestra of Opera North, who rose splendidly to the occasion, in such a successful collaboration.” [La Traviata, 2022]

“[Kamps is] a huge talent, and gave De Tijd a chilling performance..” [translated from Dutch, Tribute concert to Louis Andriessen at The Royal Conservatory The Hague]

“As soon as the musicians earnestly begin the first notes of Farrenc’s Third Symphony, led by the graceful, dancing hand movements of queer conductor Manoj Kamps, you realize that a brave statement is being made here against conservatism and for more femininity and individual expression in the concert hall. (…) Kamps invites the orchestra to play gracefully and lightly, but to go all out at precisely the right moments, so that the listener is entranced. The message of freedom, self-confidence and emancipation reaches us unfiltered.” [translated from Dutch]

“Phion was guided through it tightly and sensitively by Manoj Kamps.” (Louise Farrenc’s Symphony No. 3)

“The Nederlands Philharmonisch Orkest sat in the pit, appropriately spaced and visibly enthusiastic after months of forced inactivity, under the careful guidance of Manoj Kamps, a promising young Dutch conductor who conducts with a confident attitude and whom we would like to listen to again in another context.” [translated from Italian]

“Despite the distance rules, the orchestra pit is well filled with musicians from the Netherlands Philharmonic Orchestra. Manoj Kamps brings them all together with graceful gestures. This is not an easy task due to the distances and because some instruments are placed on the side panels or the balconies (harp, grand piano, wind instruments).” [translated from Dutch]

“Musical director Manoj Kamps reigns supreme, which is an exceptional accomplishment with so many transitional moments to navigate in this collage piece. The Netherlands Philharmonic Orchestra played with agility and discipline in equal measure under Manoj’s direction. Kamps is an extraordinary talent.” [translated from Dutch]

“…conductor Manoj Kamps is consistently clear and successfully maintains the musical tension [in Stravinsky’s The Rite of Spring with Nederlands Studenten Orkest].” [translated from Dutch]

“Paredes’s score remains bright and surprising over the 90 minutes, as Manoj Kamps and HERMESEnsemble weave guitar, violin and a battery of percussion into the electronic web designed by Monica Gil Girardo.”

“With the ensemble led assiduously by the conductor Manoj Kamps… creating an atmosphere both immersive and insidious.” (Review of Harriet at Huddersfield Contemporary Music Festival 2018)

“Perhaps the success is primarily due to Kamps. He is frail and elegant in appearance, almost like a ballet dancer as he conducts. He gets a beautiful sound from the Netherlands Philharmonic Orchestra. The orchestra members are spaced apart, but still produce a homogeneous sound. On stage, in addition to four young soloists (sopranos Olga Busuioc and Fang Fang Kong, mezzo-soprano Polly Leech and baritone Martin Mkhize), there are two choirs at work: the Choir of the National Opera and a large children’s choir. But the sound comes all the way around. Part of the opera choir is located on the second balcony across the entire width of the hall, with wind instruments on the left and right. Kamps knows how to keep it all together and make it sound great.” [translated from Italian]

“Beautifully sung by the children’s choir, the large choir at the top of the theater, and compellingly conducted by Kamps. Then: a parade of joyful associations with music and stories from all corners of the world. Kamps keeps everything together amazingly well and wonderfully leads the Netherlands Philharmonic Orchestra through what is very atypical material for them. The highlight of the evening was the performance of Vivier’s “Lonely Child”” [translated from Dutch]

“…Stravinsky [The Rite of Spring] with remarkable authority and panache… you were nevertheless asked what a highly regarded young conductor would make of the Stravinsky cornerstone in the large repertoire. I didn’t think it would be so good. Kamps wants to relive the primal experience. It was lightning and hunting, devouring and swearing roughly moved but crystal clear, a remarkable synthesis of action painting and fine painting. There is certainly more talent, but this performance was impressive proof that symphony orchestras should ask Kamps for the prestige pieces as soon as possible before he leaves for countries where they can.” [translated from Dutch]

“The main thing is: you hear and see that Manoj Kamps is a great talent.” [translated from Dutch]

“The chamber orchestra The Knights, wielding not just Western instruments but a variety of jangly Tibetan ones, realized Clearfield’s ever-changing orchestral textures superbly under the attentive direction of Manoj Kamps.”