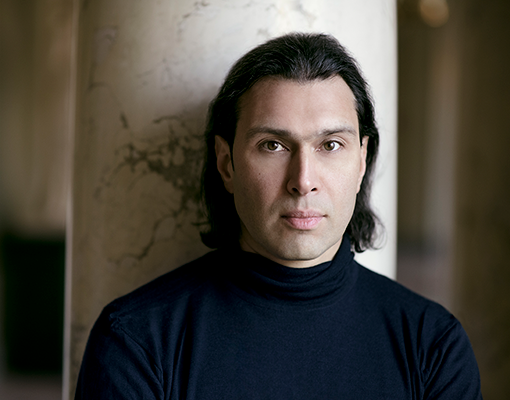 One of today’s most sought-after conductors, acclaimed worldwide for his incisive musicianship and adventurous artistic commitment, Vladimir Jurowski was born in Moscow in 1972, and completed the first part of his musical studies at the Music College of the Moscow Conservatory. In 1990 he relocated with his family to Germany, continuing his studies at the Musikhochschule of Dresden and Berlin, studying conducting with Rolf Reuter and vocal coaching with Semion Skigin. In 1995 he made his international debut at the Wexford Festival conducting Rimsky-Korsakov’s May Night, and the same year saw his debut at the Royal Opera House Covent Garden with Nabucco.

Vladimir Jurowski enjoys close relationships with the world’s most distinguished artistic institutions, and has collaborated with many of the world’s leading orchestras including the Chamber Orchestra of Europe, the Royal Concertgebouw Orchestra, the Staatskapelle Dresden, the Gewandhausorchester Leipzig, the Cleveland and Philadelphia Orchestras, New York Philharmonic, Chicago and Boston Symphonies, and the Berlin and Vienna Philharmonic Orchestras. He is a regular guest at the BBC Proms, Musikfest Berlin, and the Dresden, Lucerne, Schleswig Holstein, Grafenegg and Rostropovich Festivals.

A committed operatic conductor, Jurowski’s recent highlights include new productions of Der Rosenkavalier, Shostakovich’s The Nose, and Penderecki’s Die Teufel von Loudun at the Bayerische Staatsoper, Die Frau ohne Schatten in Berlin and Bucharest with the Rundfunk-Sinfonieorchester, semi-staged performances of Wagner’s Das Rheingold, Die Walkure and Siegfried with the London Philharmonic, Wozzeck, Der Rosenkavalier and Prokofiev’s The Fiery Angel at the Bayerische Staatsoper, Henzes The Bassarids and Schoenberg’s Moses und Aron at the Komische Oper Berlin, his acclaimed debut at the Salzburg Festival with Wozzeck, and his first return to Glyndebourne as a guest conductor, in the world premiere production of Brett Dean’s Hamlet. He has conducted Parsifal at the Welsh National Opera, War and Peace at the Opera National de Paris, Eugene Onegin at Teatro alla Scala Milan, Ruslan and Ludmila at the Bolshoi Theatre, and Iolanta and Der Teufel von Loudon at the Semperoper Dresden, as well as Die Zauberflöte, La Cenerentola, Otello, Macbeth, Falstaff, Tristan und Isolde, Die Meistersinger von Nurnberg, Don Giovanni, The Rake’s Progress, The Cunning Little Vixen, Ariadne auf Naxos and Peter Eötvös’ Love and Other Demons at Glyndebourne Opera.

In the 22/23 season, Jurowski returns to the Chicago Symphony and Chamber Orchestra of Europe, conducts new productions of Cosi fan tutte and Prokofiev’s War and Peace and a revival of the acclaimed Brett Dean Hamlet at the Bayerische Staatsoper, and showcases a wealth of concert repertoire with the Rundfunk-Sinfonieorchester and Bayerisches Staatsorchester. from Bach’s B minor Mass, Schubert and Bruckner, to Weill, Xenakis, Ustvolskaya and Firsova.

Jurowski’s discography with the London Philharmonic Orchestra includes the complete symphonies of Brahms and Tchaikovsky, and works ranging from Haydn and Beethoven, through Mahler, Zemlinsky, Holst, Rachmaninov, and Szymanowski, to Turnage, Denisov and Silvestrov. For Pentatone Records he has recorded Schnittke’s Third Symphony, Mahler’s Totenfeier and Das Lied von der Erde, and Strauss’s Also Sprach Zarathustra with the Rundfunk-Sinfonieorchester Berlin, Tchaikovsky’s ballets and an ongoing series of Prokofiev symphonies with the State Academic Symphony of Russia and a series of Russian works with the Russian National Orchestra, and for Hyperion works by Mendelssohn and Mahler with the Orchestra of the Age of Enlightenment, and Shostakovich’s violin concertos with the State Academic Symphony of Russia. His tenure as Music Director at Glyndebourne has been documented in numerous CD and DVD releases including award-winning productions of Tristan und Isolde, Die Meistersinger von Nurnberg, Ariadne auf Naxos, Falstaff, La Cenerentola, Rachmaninov’s The Miserly Knight and Prokofiev’s Betrothal in a Monastery. Other DVD releases include Hansel und Gretel from the Metropolitan Opera New York, his first concert as London Philharmonic Orchestra’s principal conductor featuring works by Wagner, Berg and Mahler, and DVDs with the Orchestra of the Age of Enlightenment (Beethoven symphonies 4 and 7) and the Chamber Orchestra of Europe (Strauss and Ravel), all released by Medici Arts.

The 2021 Gramophone Awards Shortlist is announced, and IMG Artists congratulates our nominees for their extraordinary performances and recordings. This year, the awards will be announced in an online ceremony presented by pianist Isata Kanneh-Mason and Gramophone...

Vladimir Jurowski received the Royal Philharmonic Society Gold Medal, one of the highest international honours in music. Jurowski was presented with the award on stage at the BBC Proms by RPS Chairman John Gilhooly following the conductor’s final official concert as...

“For the first time, Vladimir Jurowski, General Music Director of the Bayerischer Staatsoper from autumn 2021, is at the podium – and suddenly everything sounds like new. Quite apart from his interpretative concept, it is astonishing how naturally Jurowski moves within the score; as always with his musicians, he guides, controls, conveys security with every gesture. A captivating, almost imperceptibly-heightening dramaturgy can be experienced, a cool fire, but no frosty intensity. This can be understood almost physically by the listener, exemplary in penetration of content and craftsmanship.”

“A Mahler Fourth as insightful and as individual as we have come to expect from this source. How rarely we hear the opening bars of the symphony delivered precisely as Mahler instructs […] Texturally, harmonically and in terms of characterisation (never over-egged), Jurowski achieves a wondrous clarity and transparency.”

“I am particularly struck by Jurowski’s phrasing and use of graded dynamics; this is a conductor at his zenith working in harmony with an orchestra which breathes with him. The depth of sonority they achieve is extraordinary – wonderful playing.”

“I can’t imagine a better advocate for this music [Silvestrov] than Jurowski. This is very difficult music to play, but the LPO were on peak form playing this music to perfection, and crucially understanding the music’s idiom. Also, it was a delight to watch the total economy and elegance of Jurowski’s gestures, his precise baton technique, absolutely everything for the music, so unlike the very un-musical rostrum antics which have come into fashion in recent years.”

“Vladimir Jurowski’s [Vaughan Williams] Eighth at once restores one’s faith in the art of conducting. He too keeps sonority and expression taut, yet in a way that gives the orchestra time to play. They respond superbly, alighting on the music’s idiom with unerring touch and precision.”

“Vladimir Jurowski has the knack of sidestepping predictability to bring together works that illuminate and invigorate one another, and this concert was no exception. “

“This Ariadne was Vladimir Jurowski’s final production as Music Director of Glyndebourne, and he does a brilliant job with his chamber orchestra of musicians. […] his tempi are just right and, more importantly, he controls the orchestral sound very successfully. He breeds delicacy and transparency in so much of the score, while releasing wave upon wave of richness in the final ten minutes. His contribution is a triumph.”

“Vladimir Jurowski’s [Vaughan Williams] Eighth at once restores one’s faith in the art of conducting. He too keeps sonority and expression taut, yet in a way that gives the orchestra time to play. They respond superbly, alighting on the music’s idiom with unerring touch and precision.”

“Jurowski and the LPO’s performance was just right; deliberate, massively decisive, yet bracingly light. Throughout they held all the different aspects of the piece – the nostalgia, the swirling, surreal waltzes, the self-mocking sarcasm – in an ideal balance.”

“The guiding spirit clearly is Vladimir Jurowski in his final new production as the festival’s Music Director. The LPO does his bidding from first note to last, offering playing of the utmost sensitivity and accomplishment. Jurowski is, of course, the theatre man par excellence, always connected to every details of the events onstage. He thoroughly understands not just the bustle of the Prologue but also the outpourings of heavenly Straussian lyricism there and later in the opera proper.”

“The guest performance in the “Alte Oper Frankfurt”, conducted by the judicious Vladimir Jurowski created a completely new sound world. The music had incredible precision and musical gestures emerged in a wonderfully vivid way.”

“Throughout the performance Jurowski’s commanding appreciation and manipulation of the whole and of the details and minutiae was impressively assured; the merest sign from the baton, clear and precise, was all that the performers required, and confident, communal understanding was unfailingly evident. “

“The greatest heroes of the occasion, though, are the London Philharmonic Orchestra and conductor Vladimir Jurowski, whose superb performance makes this Glyndebourne recording [of Tristan und Isolde] an indispensable addition to a Wagnerian’s collection, however large it may be. “

“The great strength here is musical fastidiousness. Leading his first Tristan, Vladimir Jurowski has imbued the performance with a special elegance and an unerring sense of proportion. Expressively speaking, absolutely nothing is exaggerated; even in Act 3 Jurowski never lets cumulative dramatic power interfere with his and his colleagues’ command of the score’s essential requirements. Much can be said for a Tristan in which a consistent, unaffected purity of musical approach comes squarely to the force.”

“The most memorable Boston Symphony Orchestra performance of 2012 came in November, when the Russian conductor Vladimir Jurowski, in his BSO debut, led a searing account of Shostakovich’s Fourth Symphony. His music-making tends to crackle with fresh ideas and intellectual engagement. […] Jurowski’s podium technique prizes concision of gesture and he manages a striking degree of orchestral control through a minimum of motion. […] the musical insights and micro-sculpting of phrases kept the ear perpetually engaged. “

“Vladimir Jurowski conducts magnificently: aside from Mackerras himself, I’ve never heard [The Cunning Little Vixen] conducted with such colour, wit, detail and dramatic urgency; but there is also such tenderness and flexibility […] there’s not a single musical judgement that left me unconvinced.” 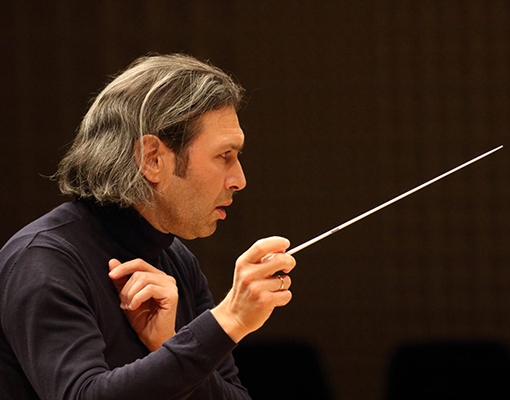 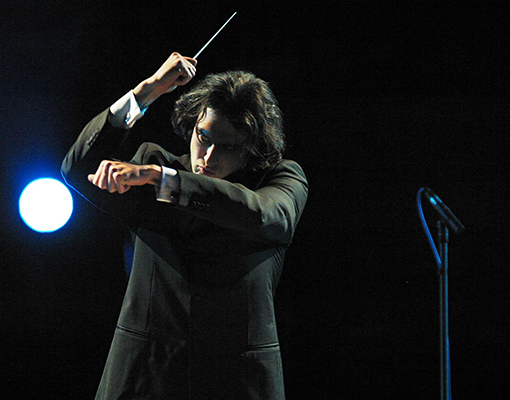 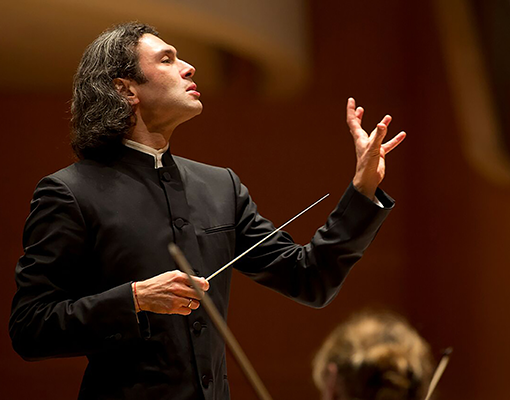 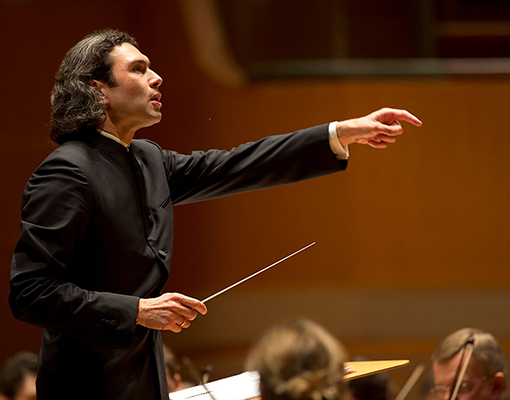 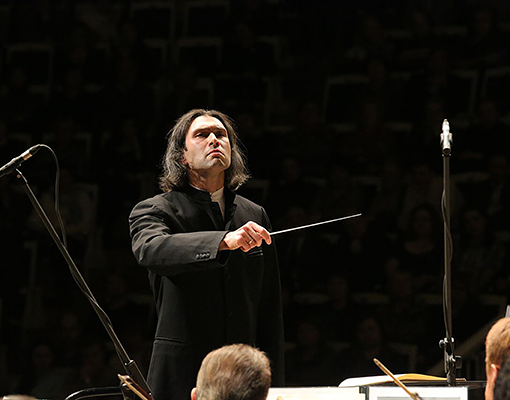 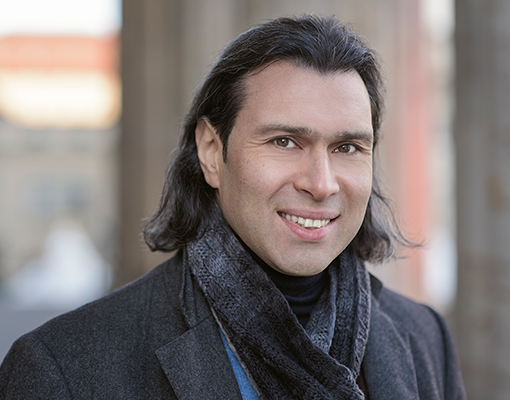 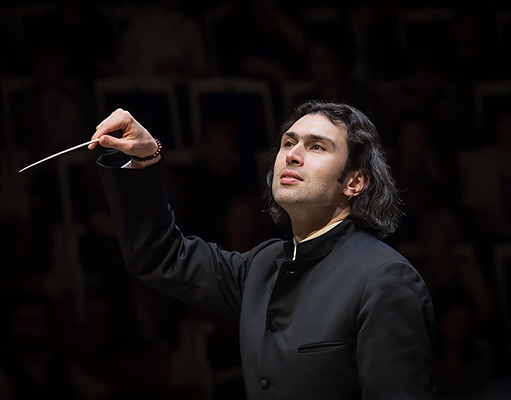 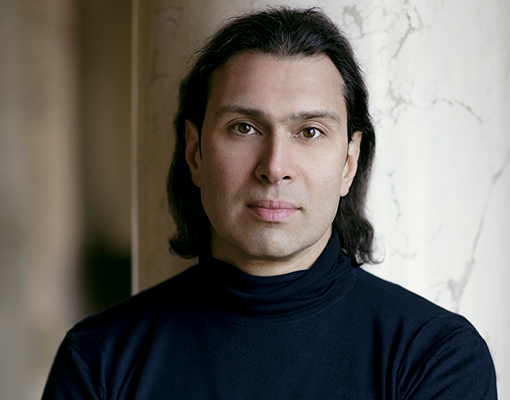 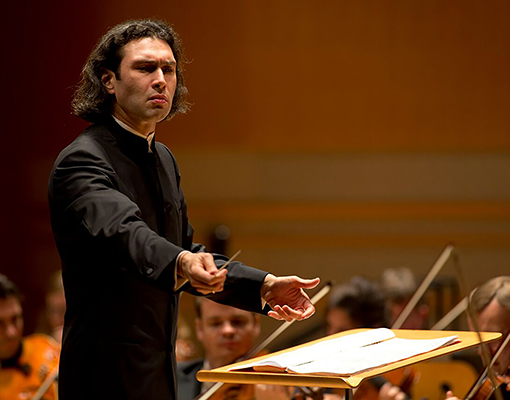 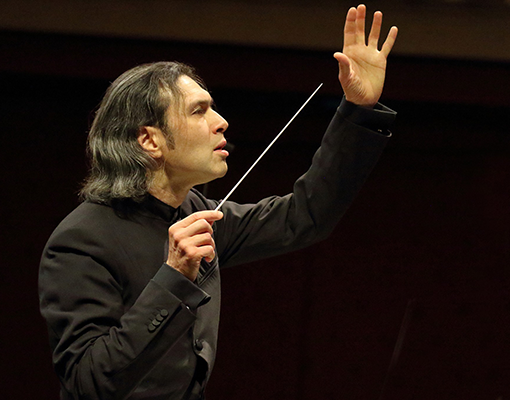 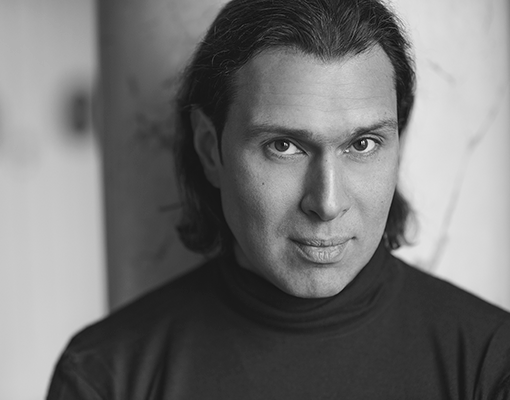 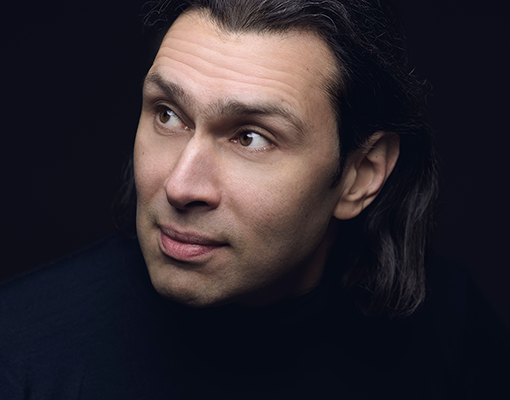 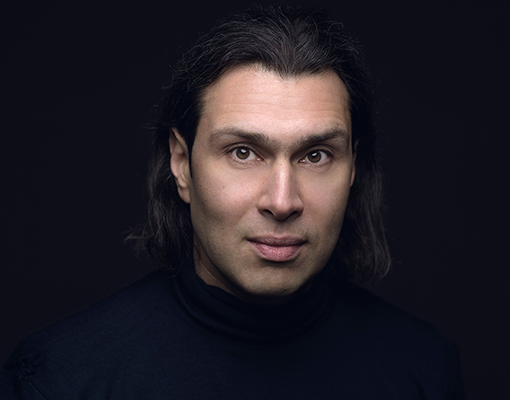