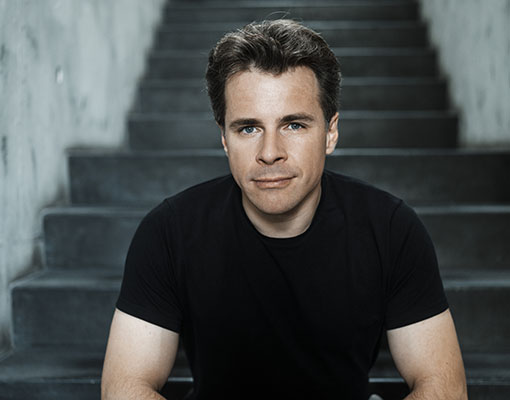 As a conductor of opera, he has led productions for the Salzburg Festival (Kát’a Kabanová with the Vienna Philharmonic), Vienna State Opera (The Makropulos Case), Royal Opera House, Covent Garden (Carmen and Lohengrin), Opéra National de Paris (Rusalka), and Zurich Opera (The Makropulos Case). He has also been a regular guest with Glyndebourne Festival, conducting Vanessa, The Cunning Little Vixen, A Midsummer Night’s Dream, Carmen, The Turn of the Screw, Don Giovanni and La bohème, and served as Music Director of Glyndebourne On Tour for three years.

As a recording artist, Jakub Hrusa has received numerous awards and nominations for his discography. Most recently with Bamberg Symphony, he received the ICMA Prize for Symphonic Music in both 2023 and 2022, for his recordings of Rott’s Symphony No. 1 and Bruckner’s Symphony No. 4 (for which he was also nominated Opus Klassik Conductor of the Year). He was awarded the Preis der Deutschen Schallplattenkritik for his recording of Mahler’s Symphony No. 4, and in 2021 his recording of Martinů and Bartók violin concertos with Frank Peter Zimmermann was nominated for BBC Music Magazine and Gramophone awards, and his disc of the Dvořák Violin Concerto with the Bavarian Radio Symphony and Augustin Hadelich was nominated for a Grammy ® Award. His recordings of Dvořák and Martinů Piano Concertos with Ivo Kahánek and the Bamberg Symphony (Supraphon), and Vanessa from Glyndebourne (Opus Arte) both won BBC Music Magazine Awards in 2020. Other recent releases include Dvořák and Brahms Symphonies with Bamberg Symphony (Tudor), Suk’s Asrael Symphony with the Bavarian Radio Symphony (BR Klassik), and Dvořák’s Requiem and Te Deum with the Czech Philharmonic (Decca).

Jakub Hrůša studied conducting at the Academy of Performing Arts in Prague, where his teachers included Jiří Bělohlávek. He is currently President of the International Martinů Circle and The Dvořák Society. He was the inaugural recipient of the Sir Charles Mackerras Prize, and in 2020 was awarded both the Antonín Dvořák Prize by the Czech Republic’s Academy of Classical Music, and – together with Bamberg Symphony – the Bavarian State Prize for Music.

Brownlee, Geringas, Hrůša and Pappano Win at the 2023 ICMA Awards

Lawrence Brownlee, David Geringas, Jakub Hrůša and Sir Antonio Pappano have each been honoured at the 2023 International Classical Music Awards (ICMA). The prestigious honours are selected by an international and independent jury of music and music industry experts....

Jakub Hruša and Evgeny Kissin won critical acclaim following four performances at the Musikverein with the Vienna Philharmonic. The programme featured Dvořák’s Othello Overture, Mozart’s Concerto for Piano and Orchestra in A major KV 488 and Lutoslawski’s Concerto for... 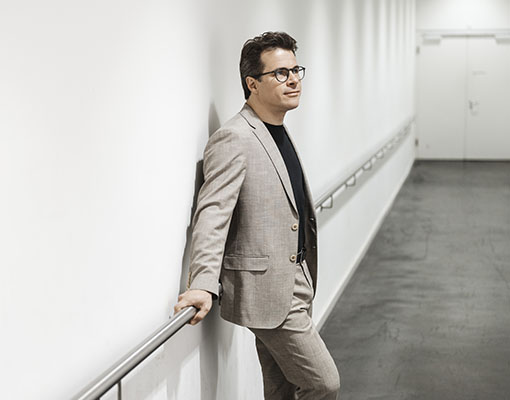 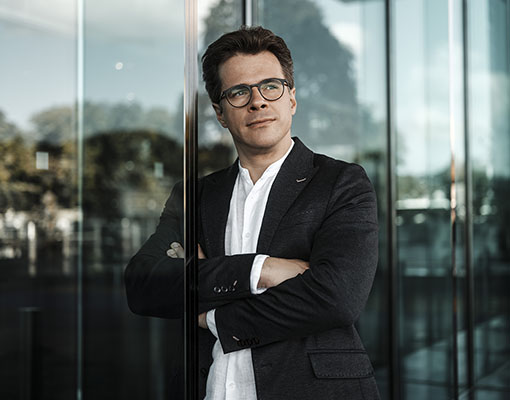 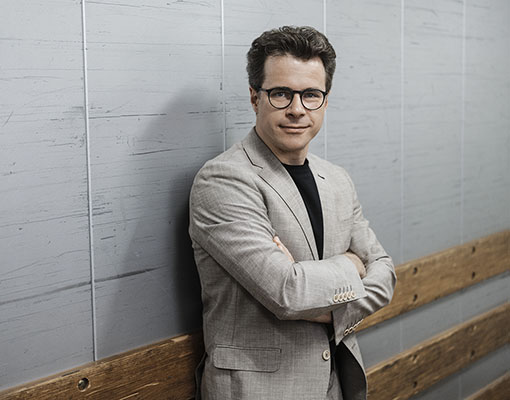 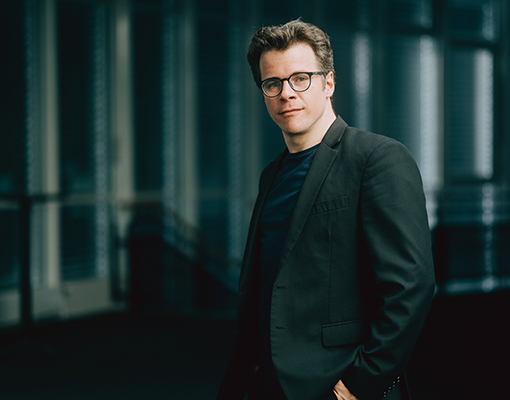 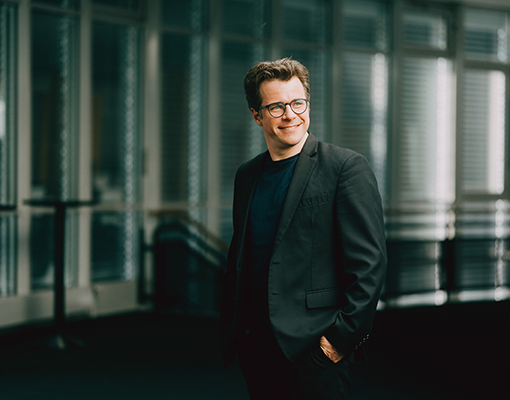 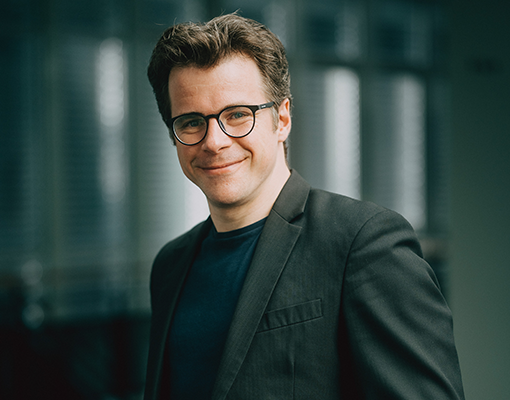 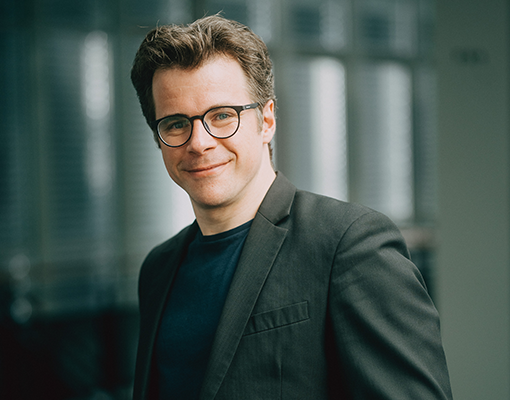 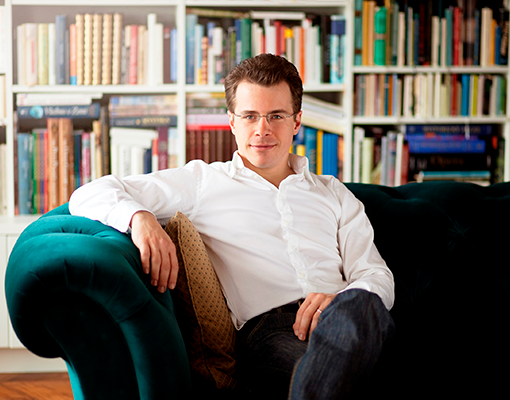 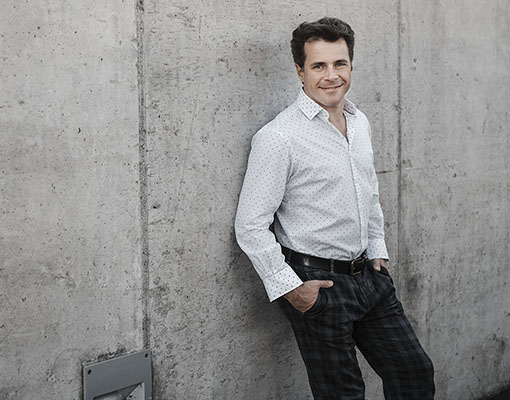 “Jakub Hruša’s sensational conducting reinforces the vivacity and stylishness: the London Philharmonic sound brilliantly effervescent under his baton and a score too often taken for granted comes thrillingly alive. [On Glyndebourne’s ‘Carmen’]”

“… once again a triumph … musical visionary …  an incredible experience, certainly one of the best performances I have ever heard in my life. Spectacular evening.”

“Power and precision … mastery … breadth and accuracy … In the end, the Musikverein was in a state of great euphoria, bringing the conductor back onto the stage four more times.”

“One has never heard it so tenderly, so sweetly and transcendently … [Hrusa] manages to create a great arc across all four movements; he leads the ravishingly musical Bamberg Symphony Orchestra with verve and brilliance through the work, whose importance, whose grandeur becomes particularly impressing through this interpretation.”

“… conductor Jakub Hrůša carries the singers. He leaves all the vocal parts free to develop in a differentiated and individual way, yet never gives up the reins. Under his baton, the Vienna Philharmonic Orchestra creates intimate and warm moments of sound, which abruptly tip over, if need be, to become harder and more stinging or storm-like. Janáček’s multi-layered music is thus conveyed vividly and directly. And the balance between romantic cantilenas and energetic, audacious rhythms succeeds magnificently.”

“Stand-in Jakub Hrůša led the Lucerne Festival Orchestra to another triumph with Mahler…Since yesterday, this summer festival has a star with hero status.”

“Hrůša steps in and strikes gold with an all-Mahler concert in Lucerne … With Riccardo Chailly having fallen ill, the baton for this Lucerne Festival Orchestra programme was passed to the gifted Czech conductor Jakub Hrůša, who hopped from the Salzburg Festival to Lake Lucerne and not only saved the evening, but led a truly enlightened performance.”

“Jakub Hrusa’s incredible achievement … the Czech conductor worked miracles at the head of the Lucerne Festival Orchestra on Wednesday evening for a formidable “1st Symphony” by Mahler … It’s a success story as we like it, the story of a replacement at short notice that turned out to be successful. Riccardo Chailly was declared unwell on the morning of the concert and had to be replaced … Insisting on keeping things fresh, Hrusa conducted the concert without rehearsal, using Maestro Chailly’s annotated score (which he had studied carefully for the rest of the day) as the basis for his interpretation. Everyone was amazed by the intensity of the concert and the quality of the orchestra, given the circumstances. No sooner had the last chord sounded than the audience leapt to their feet to salute the conductor and musicians. Standing ovation!”

“ … this revival Wagner was conducted on the stage of the Royal Opera for the first time by Jakub Hrůša, and his conception and performance earned great acclaim both from the audience, who visibly and audibly cheered on him, and from critics … if Jakub Hrůša were to conduct one of Wagner’s other operas in the future, I would really hurry to watch the performance.”

“… the conductor’s most distinctive feature was his attention to the unfolding musical arc, his capacity to grasp the big picture and only then allow for microscopic enquiries. Undoubtedly, the perspicuity of Hrůša’s interpretation was an ideal match for Dvořák’s score … Hrůša’s scrupulous control over dynamics and phrasing, as well as his fortunate choice of tempos, proved the value of the symphony as a functioning and exhilarating mechanism of its own … ”

“[the score] requires a dab hand on the baton to spark it into life. With Jakub Hrůša, that is never in doubt: his fresh, fluid and warm-hearted conducting makes these four and a half hours flash by.”

“The way it was played last night, by Jakub Hrůša and the Orchestra of the Royal Opera House, will have delighted Lohengrin devotees … Hrůša treated us to a masterclass in Wagnerian conducting …”

“Musically, the revival is built on extremely strong foundations. Jakub Hrůša has an unerring sense of the work’s structure …. The Royal Opera orchestra’s playing in the great scene between Lohengrin’s two enemies, Telramund and Ortrud, in act two was gripping.”

“Jakub Hrůša shines at the podium … Best of all was the orchestral playing under the astute leadership of Jakub Hrůša … the climaxes, to the Prelude and to each of the acts, are just stunning. The Royal Opera is on the lookout for a new Music Director: could this engagement by a try-out for Hrůša? If so, he is a strong contender.”

“Hrusa’s contribution … was crucial. His handling of the climactic procession to the minster later in the act, of the unfolding denouement in the last act and indeed of the whole drama was revelatory … masterly musical direction … an evening of acute theatrical potency”

“What makes this revival truly stand out is its talent … conductor Jakub Hrusa cannily distils the eeriest sonorities of the score, highlighting its bleak beauty … Hrusa deploys the big guns of the enlarged orchestra with authority …”

“Simply magnificent Voříšek symphony and Beethoven Ninth from Hrůša and the Philharmonia … Even by the Philharmonia Orchestra’s exalted standards, this was an exceptional concert … So many moments of great character here – it truly did sound as if the players were having a ball at the sheer joy of performance … a superb account characterised by Hrůša’s incredibly intelligent conducting. He sees the long view, so structurally each movement has a grand arc of its own and each, in turn, leads inexorably to that finale … the strength of Hrůša’s interpretation and the Philharmonia’s magnificent realisation of the score … This was certainly one of the finest Beethoven Ninth’s this reviewer has heard, prepared for via a perfectly judged, and impeccably executed, first half … Simply magnificent.”

“[Bruckner’s Symphony No. 4] has never been heard in a more fresh and colourful, imaginative, and richly blossoming performance than in this one under Jakub Hrůša.”

“I don’t believe that I have ever heard this symphony before in such a compelling, narrative, atmospheric and agitated performance … astonishing …”

“… a triumph of balanced energy, gentle emotion, and clear sound … There is something beguiling and profoundly right about Hrůša’s way with the music … a privileged glimpse into the human heart.”

“With an original approach that privileges epic scope in measured tempi, the conductor Jakub Hrusa offers the famous score a most poignant vision. Perfectly mastering the balance between instruments, he gives life to fragrant emotion throughout the cycle.”

“Ma Vlast clearly is close to Jakub Hrusa’s heart. He made it speak through the orchestra to the hearts of his listeners… Mark well the name of this upwardly mobile conductor. He deserves a return engagement at Orchestra Hall.”

“Everything I hear from this charismatic Czech conductor leaps off the page … Hrůša showed how completely he is inside the music in this big-hearted, compelling performance. Every instrumental nuance, every slender rubato and explosion of drama took us directly into this Symphony’s universal but specifically Czech character … spellbinding …” 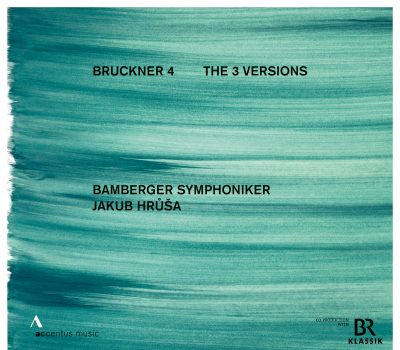 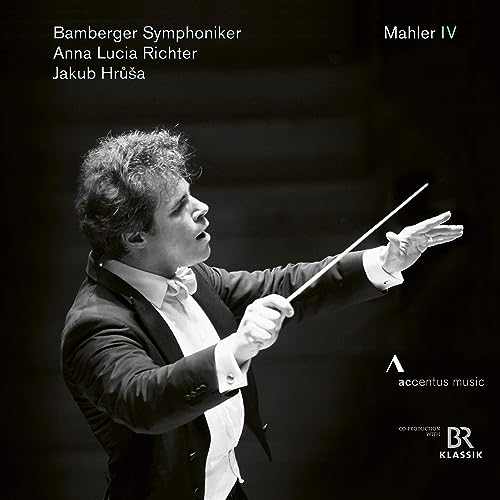 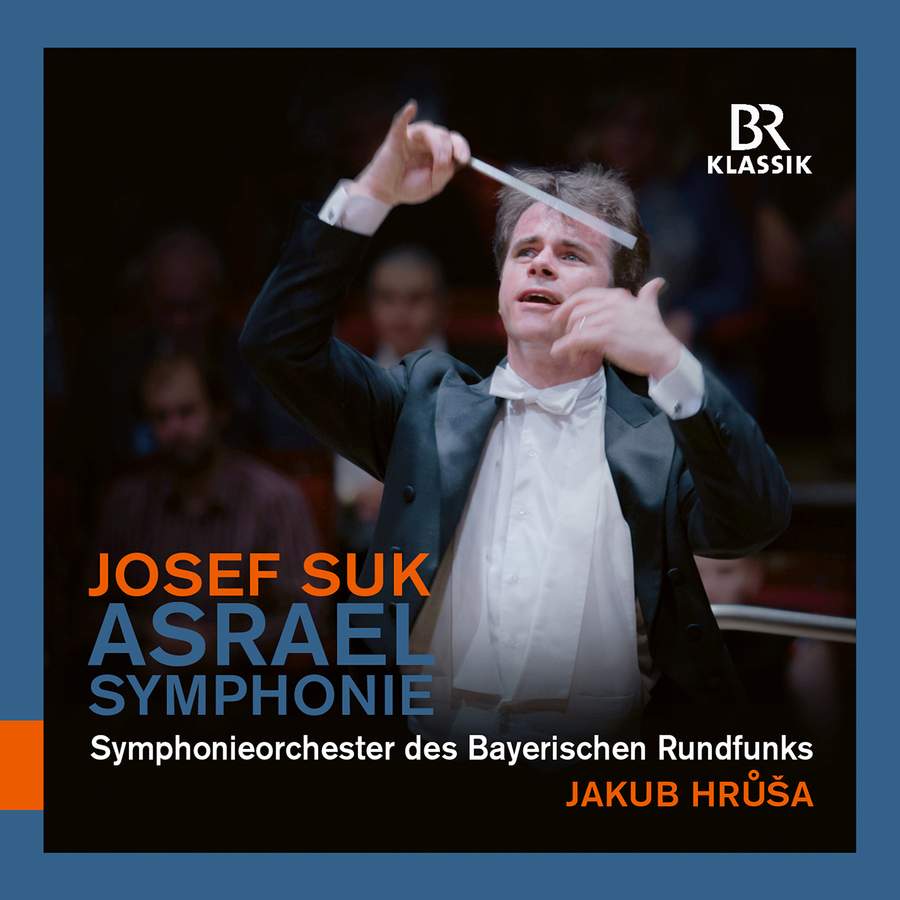 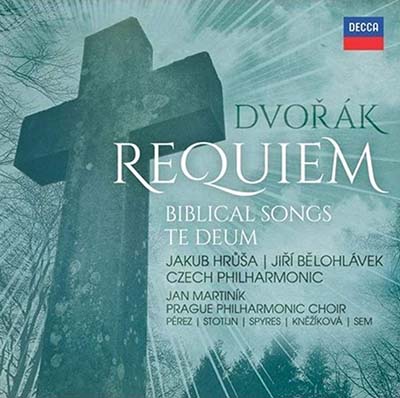 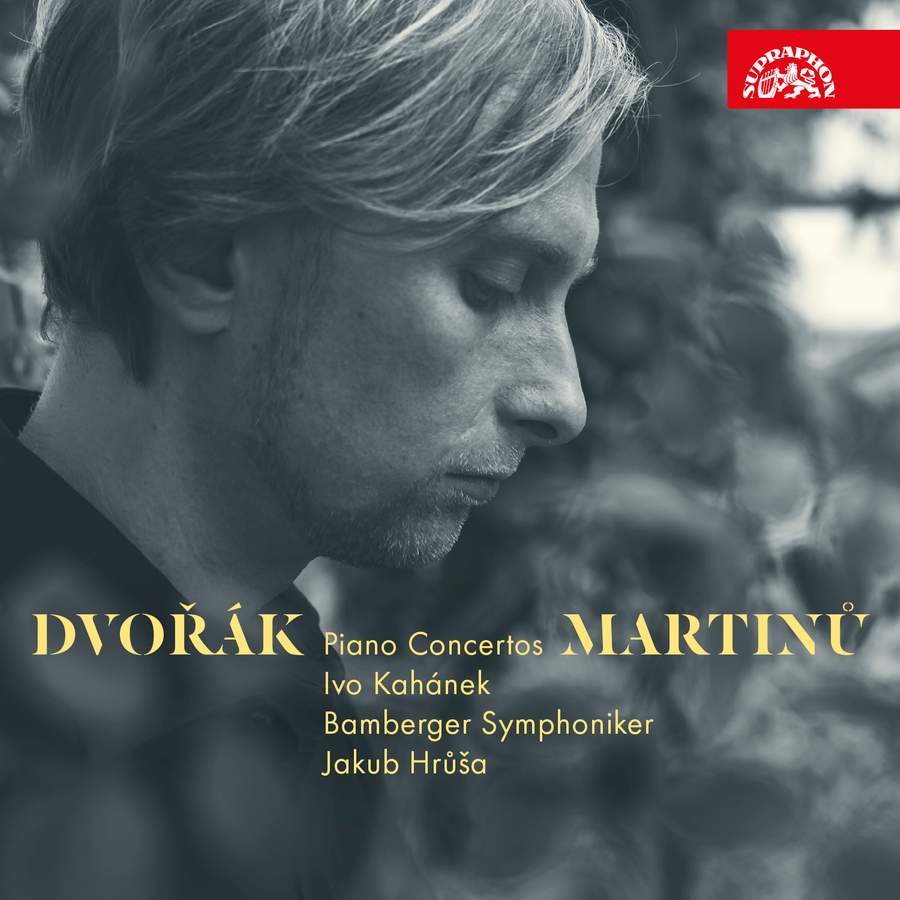 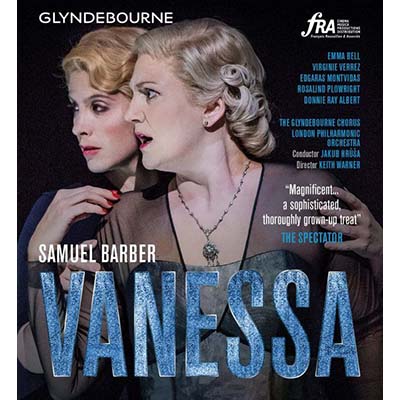