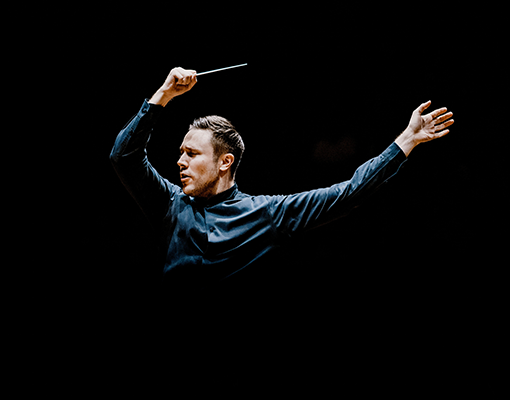 Highly sought-after as a conductor and violinist, Roberto González-Monjas is rapidly making a mark on the international scene. A natural musical leader with strong vision and clarity, he possesses a unique mixture of remarkable personal charisma, an abundance of energy, enthusiasm and fierce intelligence. Most recently Roberto was appointed designate Music Director of the Galicia Symphony Orchestra in Spain, starting in September 2023. This appointment recognises Roberto’s long-standing relationship with Spain’s foremost orchestra and strengthens their collaboration, as well as his strong commitment for their educational programmes. Roberto is also Chief Conductor and Artistic Advisor of Dalasinfoniettan in Sweden (since the 2019/20 season); Chief Conductor of Musikkollegium Winterthur in Switzerland (since the 2021/22 season); Principal Guest Conductor of the Belgian National Orchestra (since the 2022/23 season); and Artistic Director of Iberacademy in Colombia.

Highlights of the current season in Winterthur, which kicks off a three-year programmatic triptych inspired on by Mozart’s last three symphonies, include concerts with András Schiff, Joyce DiDonato, Yeol Eum Son and Lisa Batiashvili, as well as performances of Haydn’s Creation, the world premiere of Andrea Tarrodi’s “Fragments of Enligtenment” and the European premiere of Caroline Shaw’s new Harpsichord Concerto. Roberto will also embark on a 12-concert tour of the United Kingdom and Belgium together with the Belgian National Orchestra and soloist Paul Lewis.

Passionate and dedicated to education and nurturing new generations of talented musicians, Roberto co-founded Iberacademy (Ibero-American Orchestral Academy) together with conductor Alejandro Posada. This institution aims at creating an efficient and sustainable model of musical education in Latin America, focusing on vulnerable segments of the population and supporting highly talented young musicians. While based in Medellín (Colombia), it also operates in Bolivia, Perú, Chile and Cuba, providing its students with life-changing opportunities. In the same line of work, Roberto embarked most recently on a European tour with the Sinfonía por el Perú orchestra and star tenor Juan Diego Flórez, with concerts at the Salzburg, Lucerne and Gstaad summer Festivals. Roberto also serves as a violin professor at the Guildhall School of Music & Drama and regularly mentors and conducts the Guildhall School Chamber and Symphony Orchestras at the Barbican Hall in London.

Inés Rey, Mayor of A Coruña and President of the Consortium for the Promotion of Music, announced today that Roberto González-Monjas will be the next Music Director of the Orqesta Sinfónica de Galicia. His initial three-season tenure begins from the 2023/24 season....

“Roberto González-Monjas did it, because he is in a great moment of artistic maturity that allows him to mold a brutal “physical” part (third movement, for example) that also requires absolute devotion to transmit that urban and street paroxysm. The high technical qualities of González-Monjas and especially his compromised attitude are fundamental in this concert, also regarding the delicacy of the Adieu, the care at the time of sewing harmonics and understanding with an orchestral part that has much to express.”

“In all it’s 64 minutes’ worth of music, saved from outstaying its welcome by Mozart’s ever-questing ear for an effect, among the most piquant perhaps being the pizzicato passage towards the end of the Andante. It’s played admirably here, under the direction of the well-travelled Roberto González-Monjas”

“Roberto González-Monjas is a conductor who knows how to shape a phrase and take care of the details as well as to ensure true symphonic coherence at the head of an orchestra which he has visibly conquered and which he leads with authority and intelligence, ensuring perfect speech clarity at all times … a more than promising young conductor.” Patrice Lieberman, Crescendo Magazine,  November 2022

“He is the comet at the Winterthur classical sky: Roberto Gonzalez-Monjas…The famous Haffner Serenade KV 250 by Mozart and the Serenade op. 1 by Othmar Schoeck are included, with Gonzalez-Monjas acting as both conductor and solo violinist. It is amazing how easy and accident-proof the orchestra is now able to play… Mozart has composed movements two to four as a veritable violin concerto full of songfulness and virtuosity, a feast  for the violinist Gonzalez-Monjas. With his filigree style and his wonderfully singing violin sound, he dominates the Serenade over long distances…” – Schewizer Musikzeitung, Verena Naegele, July 2018 (CD review)

“Under the baton of the first concertmaster Roberto González-Monjas, the orchestra played with a sonorous tone, and the Ensemble Corund sang with naturally simple vocals. In addition, Gonzalez Monjas built the special Requiem form very organic. The dramaturgy was poignant, the short, violent crescendos unfolding with powerful force.” – Der Landbote, Sibylle Ehrismann, March 2018

“González-Monjas was above all a versatile interpreter, capable of making the most of the tensions that occur in the work [Salonen Violin Concerto ] and recreate in moments of calm. …The soloist left an unbeatable tympanic atmosphere in Pulse I, while in Pulse II it seemed to take the spectator…to an atmosphere of great energy. When he arrived at Adieu, González-Monjas, achieved a melancholy air, without missing the powerful contrasts well provided by the orchestra, and let the sound fade from the acute. The violinist was inexhaustible, in a work that gives no respite, when it comes to delving into the resources that he provided to make them patent. “ – Agustín Achúcarro, Codalario.com, 19 February 2018

“At times when the orchestra launches in full sail, knows how to dose more collected, such as the evocation of the hero’s companion, whose typically feminine intemperance, the fickleness (so feared by men in a woman), are represented by a violin solo with a virtuosistically voluble character, beautifully interpreted by Roberto González-Monjas.” –  Stefano Ceccarelli, L’Ape musicale, 25 January 2018

“With verve, verve and enthusiasm as well as excellent technical skills, the instrumentalists present a stringent, sophisticated interpretation of the two works…Roberto Gonzales-Monjas…serves his soli with technically playful lightness and classical interpretation.” –  Pizzicato, October 2017 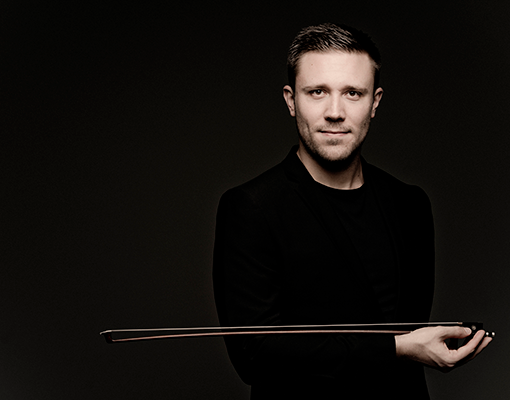 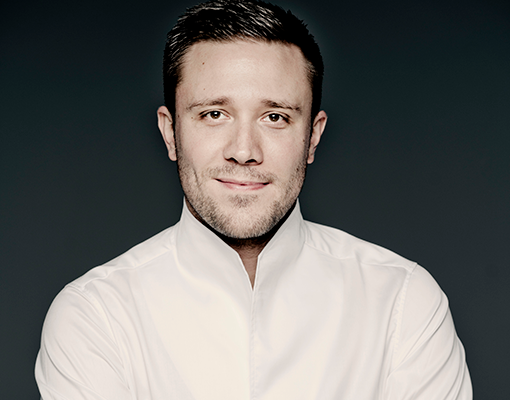 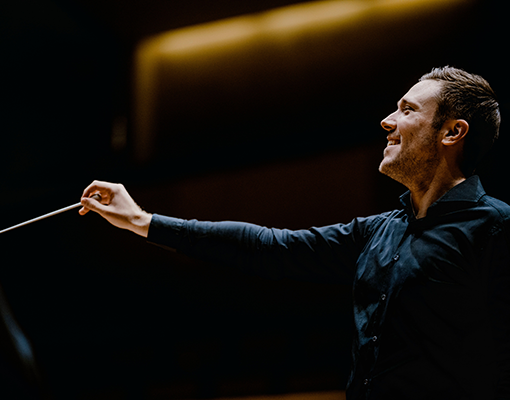 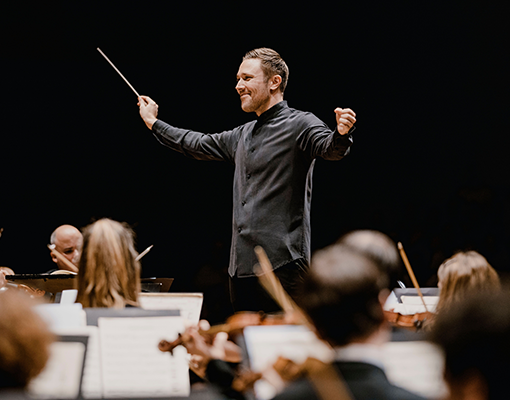 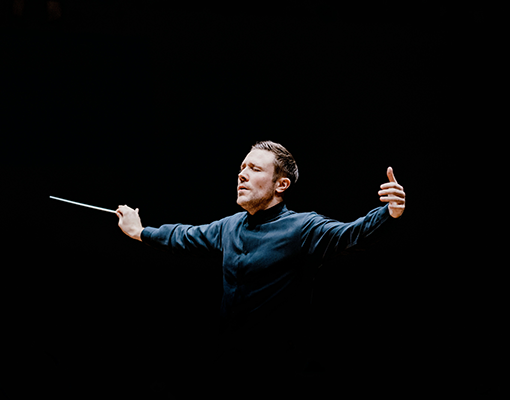 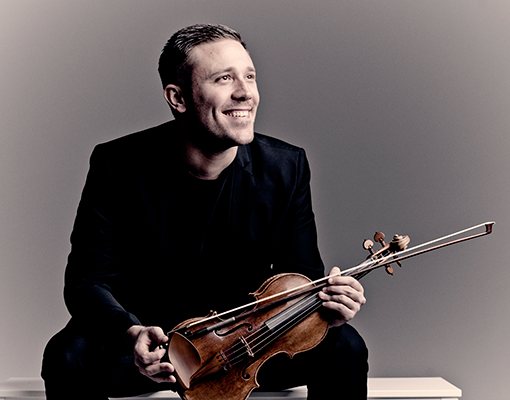 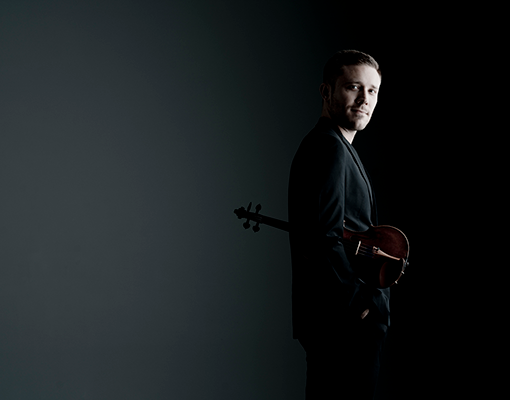 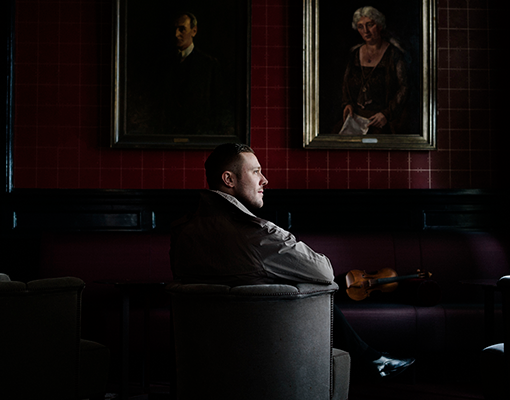 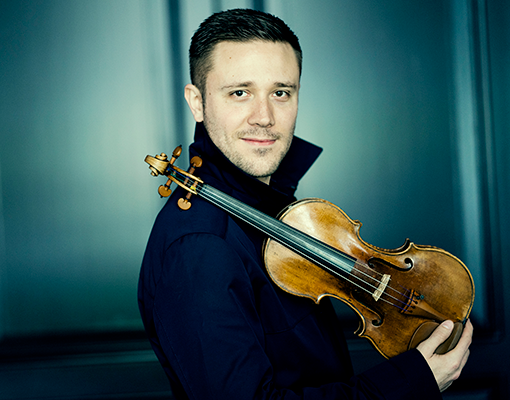 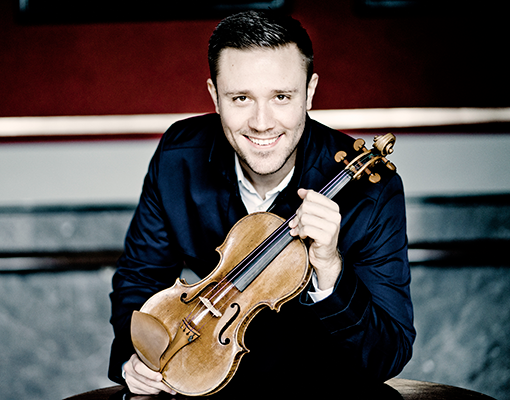 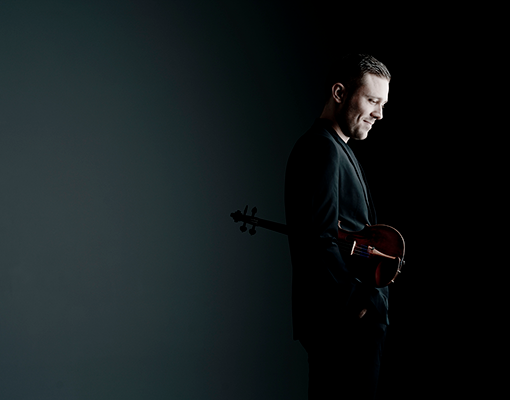